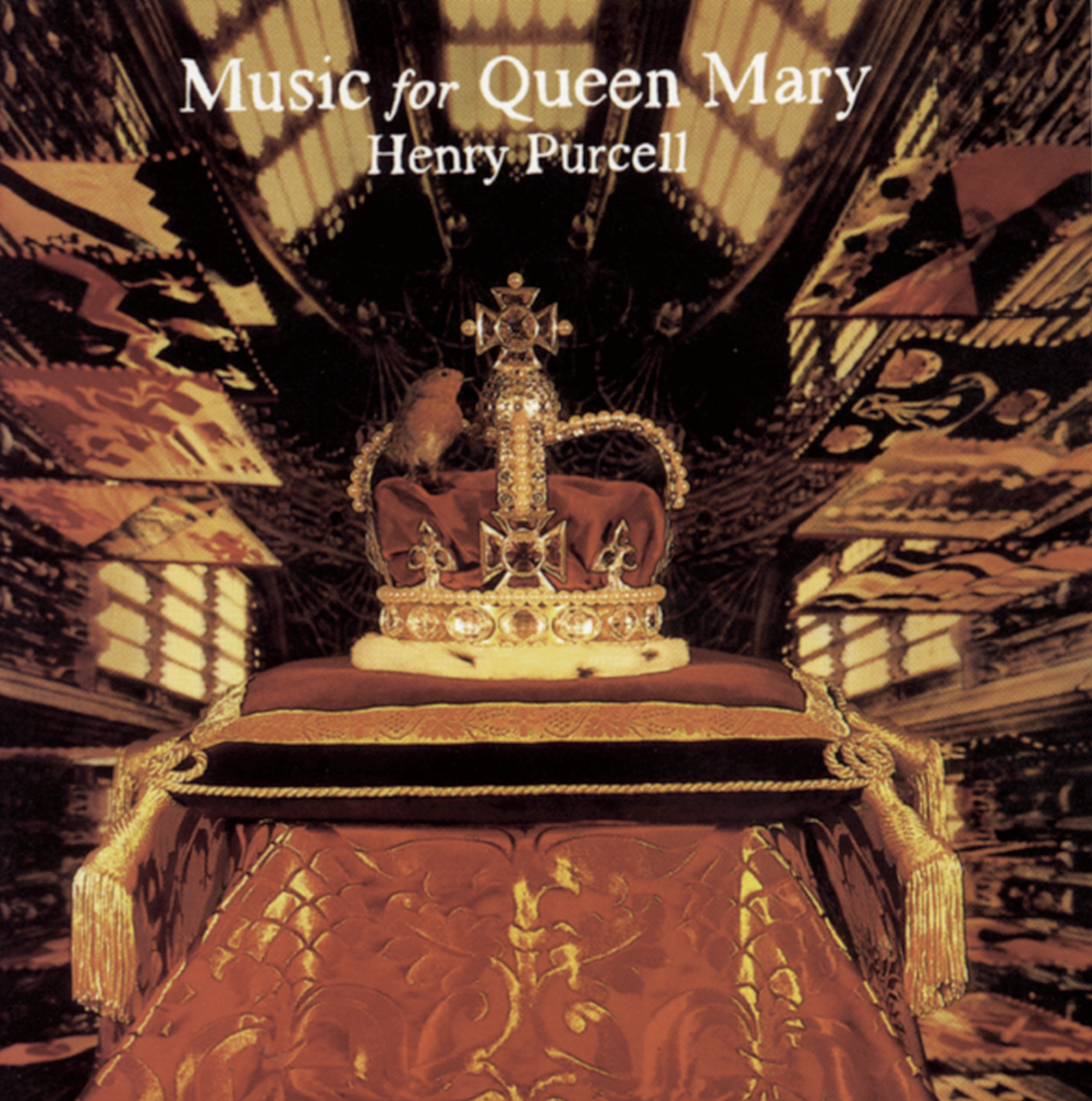 Welcome to September’s Only the Music, which I’m beginning with some of the music sung at the recent Westminster Abbey funeral service of Queen Elizabeth II. This was a service that I myself heard not from the comfort of my own sofa, but instead from Horse Guards Parade, where I had been positioned with my family since before dawn. Inevitably, it was a morning that we’ll never forget, but it also contained some special surprises that we hadn’t anticipated. First, that while we’d assumed we’d have to wait until we got home to hear what had gone on in the Abbey, the service was in fact broadcast to us live via huge speakers above the parade ground, allowing us to hear it in all its beauty as it actually happened, standing alongside thousands of others.

There was also the sudden glorious appearance of previously unforecast sunshine. Then finally, Horse Guards Parade turned out to be the scene of a certain amount of activity during the early minutes of the service, as guards changed and re-positioned themselves for the coming procession – and rather than it being distracting for this to be our view as the coffin itself was being slowly carried through the Abbey to the accompaniment of the sung funeral sentences, it was in fact unexpectedly poignant and dignified. Among those sentences was Purcell’s Thou Knowest, Lord, composed in 1695 for the funeral of Queen Mary, and it’s this I’ve chosen for you here. Perhaps eventually there will be a recording released of what we heard that morning from the Choir of Westminster Abbey under James O’Donnell. In the meantime, I’ve found a 1995 live recording of the Abbey choir under one of its former Organists and Masters of the Choristers, Martin Neary.

The new releases then begin with Secret Love Letters, violinist Lisa Batiashvili’s first recording collaboration with the Philadelphia Orchestra and its Music Director, Yannick Nézet-Séguin. Next comes a solo cello programme from young Danish cellist Jonathan Swensen. We conclude with some good old-fashioned glamour via John Wilson and the City of London Sinfonia’s Hollywood Soundstage programme of music from the golden age of film. 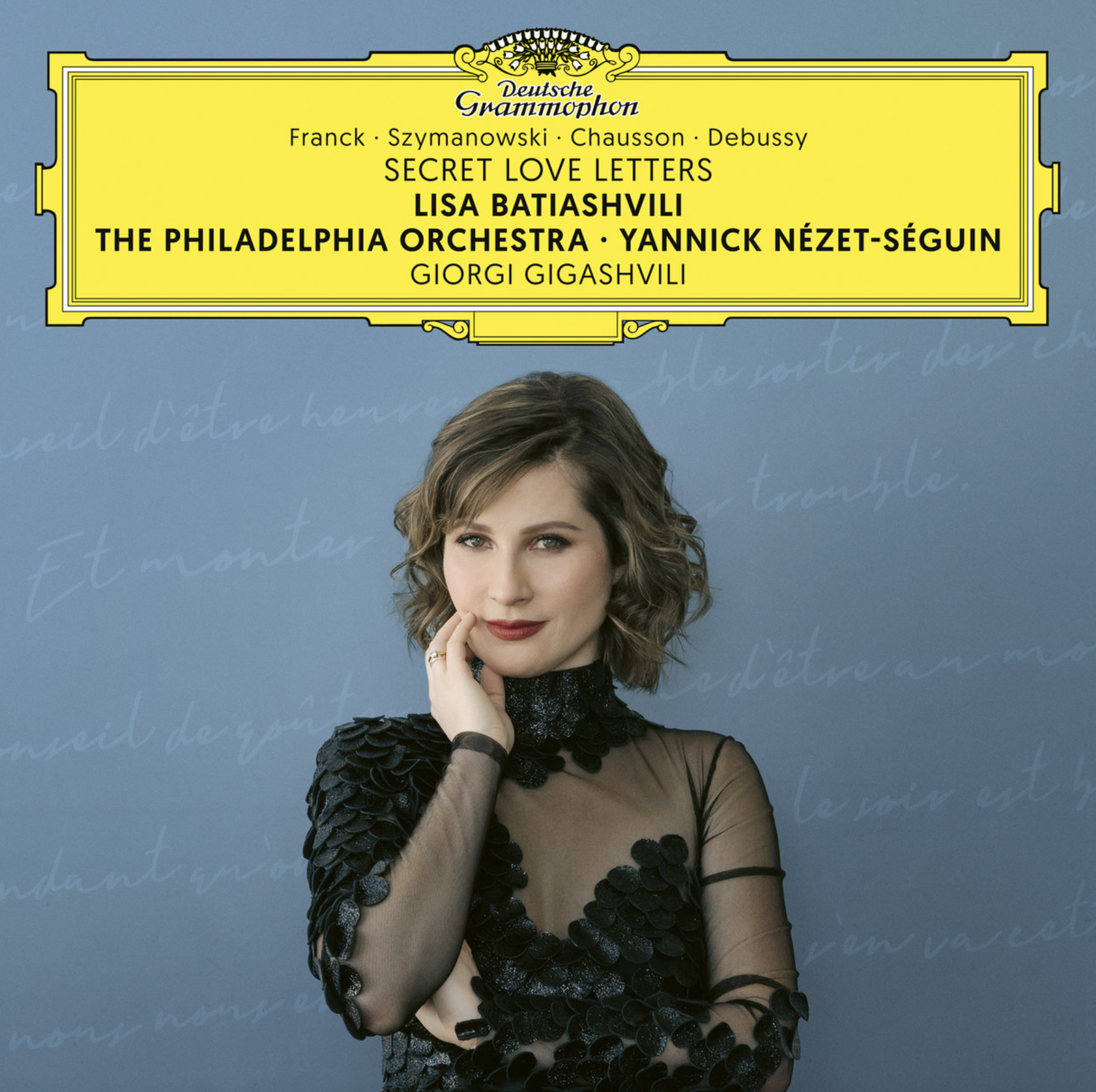 When it comes to the classical repertoire, theming a programme around hidden messages of love doesn’t narrow your choices down very much. So the first thing to say about Lisa Batiashvili’s first recording with a US orchestra – although their live concert relationship is well-oiled one – is that her four chosen works tell a story of their own, and sing exceptionally strongly in harmony with each other.

Karol Szymanowski’s First Violin Concerto of 1916 sits at the programme’s heart. A dream-like meditation on the imagery of Polish poet Tadeusz Miciński’s Noc majowa (‘May Night’), worked out through a lushly scored, Middle-East-redolent musical language juxtaposing exoticism and violence, its own secret love letter is that Szymanowski was a man in love with another man at a time when such relationships were forbidden. So while its audible influences are French musical impressionism and Szymanowski’s travels to North Africa and the Middle East, it’s worth knowing that it was when visiting those theoretically alien cultures that Szymanowski felt liberated, and able to be himself. From Georgian-born Batiashvili herself, there’s perhaps a further secret love letter in her showcasing a concerto written not only as the First World War raged, but from Ukraine. Either way, it’s a towering performance. From the orchestra, Szymanowski’s shimmering, twinkling, by-turns seductive and thundering score emerges in lucid-textured technicolour from its first notes. Batiashvili meanwhile brings a gripping story of dramatic contrasts, from ardently vibratoed, singing sweetness to steely punch.

Paired with the Szymanowski is a tenderly sombre reading of Ernst Chausson’s Poème composed in 1896 for the Belgian violinist Eugène Ysaÿe, and inspired by a novella by Turgenev, who was infatuated with the famous mezzo-soprano and composer Pauline Viardot, and formed a ménage à trois with her and her husband. Then framing those two works for violin and orchestra are two with piano: César Franck Violin Sonata, also written in 1886 for Ysaÿe, but this time as a wedding gift, Batiashvili’s glowing, reflective account partnered with pearly clarity by Georgi Gigashvili, a recent recipient of her Lisa Batiashvili Foundation (a non-profit organisation set up to support exceptional young artists living in Georgia); and finally Jascha Heifetz’s violin arrangement of Debussy’s Beau Soir, now with Nézet-Séguin at the piano, beautifully shaped from both, Batiashvili warmly serene and colouring her lines with heady portamenti that grow in power and directness as the music reaches its central climax.

I’ve given you the Szymanowski here. 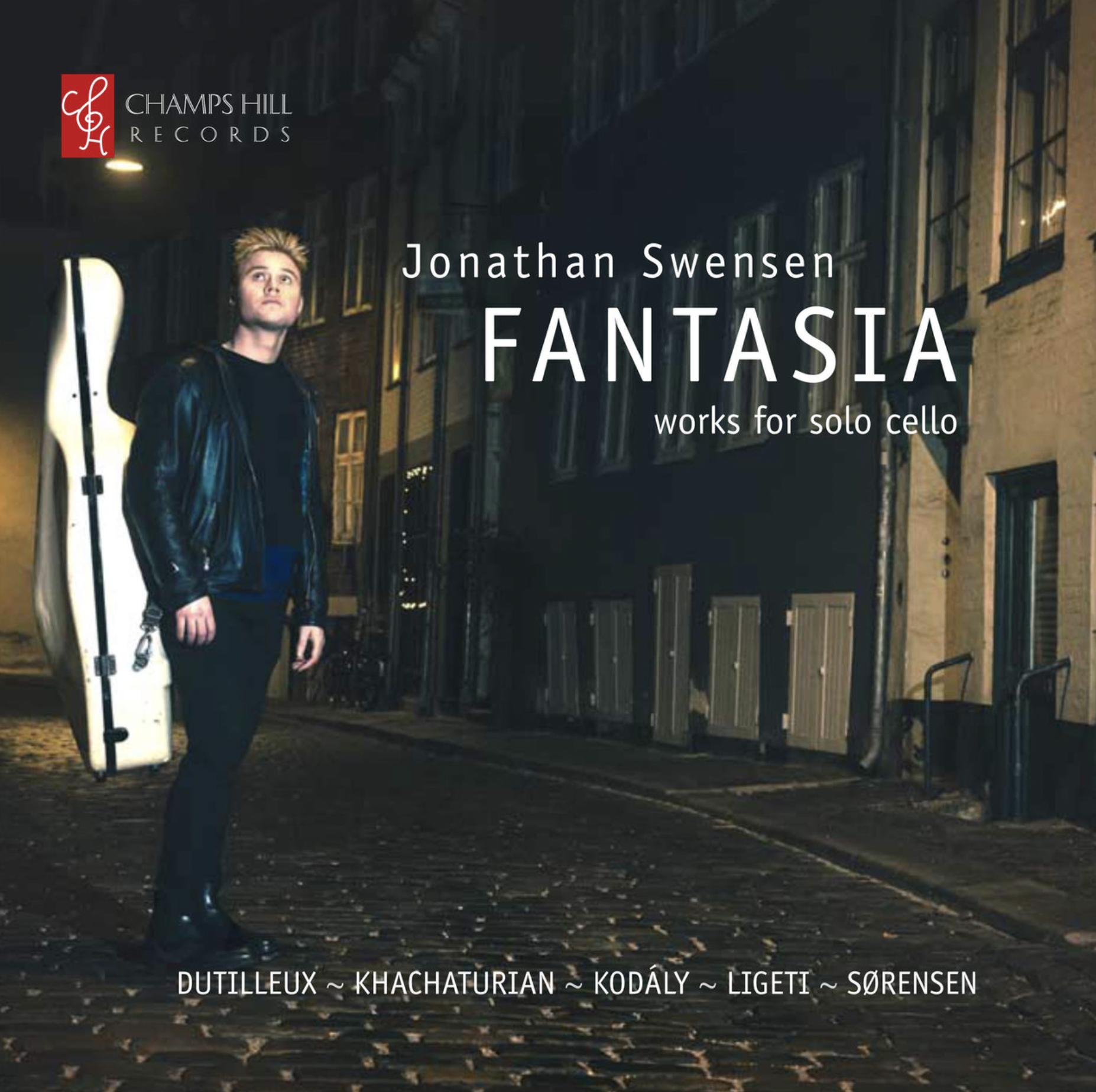 One international music competition always worth keeping a close eye on, thanks to it tending to both attract and then reward interesting young players, is the Windsor International String Competition, which offers as part of its First Prize package a recording with Champs Hill Records. The 2019 edition was won by Danish cellist, Jonathan Swensen (recently also the recipient of the New York Lincoln Center’s 2022 Avery Fisher Career Grant), and his winner’s recording is one that should make people sit up.

A solo programme drawn mostly from the twentieth century, Swensen’s bookends are the solo cello sonatas composed respectively in 1948/53 and 1915 by Ligeti and by his teacher Kodály. The Ligeti acts as a fine showcase for Swensen’s clean, direct warmth, his satiny singing delivery of physically cumbersome passages, and often a real sense of spontaneity. Dutillieux’s Trois Strophes sur le nom de Sacher (1976/1982) contain more to enjoy, including an Andante whose harmonics are whispered so softly, yet remain so clean and clear-voiced, that I’ve been hanging off every note.

Still, for those who already have umpteen recordings of those three, it’s really the programme’s other two pieces that will perhaps contain the most interest. First, Danish composer Bent Sørensen’s nine-minute Farewell-Fantasia. Composed for Swensen and premiered by him in August 2021, this is a sadness-tinged, dreamlike work, structured as a series of small sections almost like a Bach suite, written in an essentially tonal, late-Romantic language, and clearly deserving of being taken up by other cellists. Equally compelling is Armenian composer Aram Khachaturian’s rarely performed or recorded Sonata-Fantasy for Cello, composed in 1974 towards the end of his life. This alternates intense and restive, long-lined lyrical passages with more energetic sections reminiscent of folk dance, and is one for musical poets and painters of stories – and a perfect fit for Swensen, whether he’s colouring its eastern-flecked melodies with sultry portamenti, or bringing polished, amber-toned courtly grace to its high-register dances. So its this that I’ve chosen for the playlist.

Sometimes we need just a bit of shameless feel-good music, and that’s exactly what John Wilson and the Sinfonia of London have served up with Hollywood Soundstage, celebrating the golden age of Hollywood through film scores by Korngold, Waxman, Steiner, Raksin, Loewe, Mandel and Newman.

A fabulous collection, fabulously played, it opens in big, bold, brass-rich, luxuriously scored style with Korngold’s Overture to The Private Lives of Elizabeth and Essex (1939), the orchestra throwing themselves into the music’s every twist and turn. Onwards, and there’s trombonist Andy Wood’s atmospheric solos in Raksin’s Theme from the film noir, Laura (1944), a work which opens in suspenseful time-standing-still fashion, led by ravishing, luminous-tinged strings, before the woodwind lead us into music of suave, melancholy-tinged glamour, sometimes delicately poised, and sometimes generous and forwards-sweeping. For an even darker brand of tension, head to their by-turns nervously poised, thundering and swirling reading of Waxman’s Suite from Rebecca (1940).

One of the album’s finest showcases for the Sinfonia of London’s ensemble virtuosity is Harold Arlen and Herbert Stothart’s Suite from The Wizard of Oz (1939). Here, there’s the combination of super-glued-together silkiness and perky spryness with which they deliver rapid passagework; their sheer responsiveness, effecting dramatic mood swings over the course of a nanosecond between one swift note and the next; the technicolour timbres of the instruments themselves; the shimmeringly vibrato’d, ardently portamento’d sheen of the violins at their most long-lined and romantic; and the sheer energy and sparkle of the whole.

In fact it’s that final point that sums up what really makes these readings stand out. Beyond the fact that Wilson and his band have that thrilling early twentieth century Hollywood sound absolutely nailed, ultimately these performances are leaping out of the stereo due to the sense of it feeling as though every single musician is dramatically all in. Wilson isn’t just conducting an orchestra. He’s leading a band of character actors of apparently inexhaustible energy and commitment, who are living out each film’s every emotion.

I’ve given you the aforementioned Theme from Laura and Suite from Wizard of Oz.