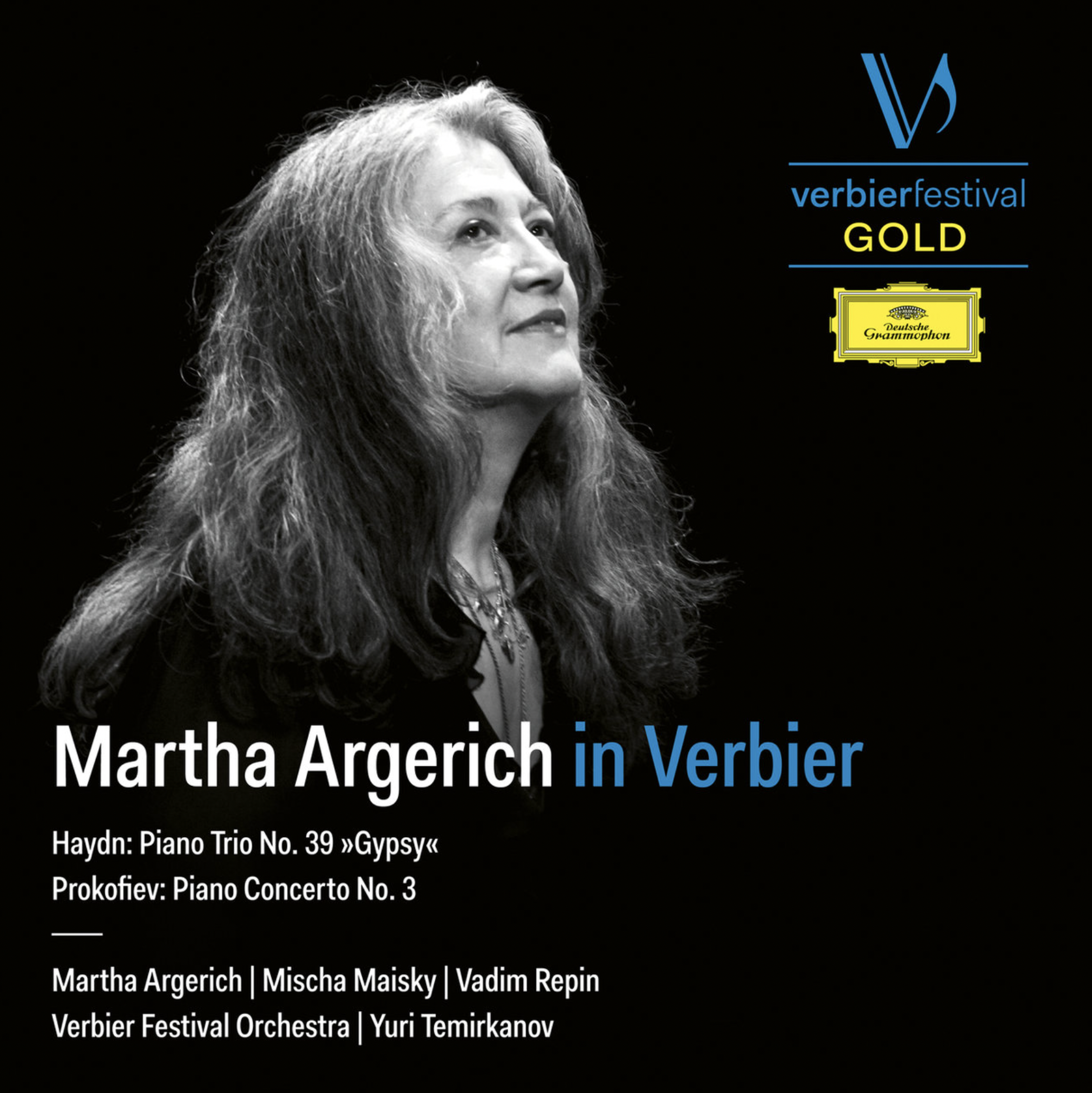 Welcome to August’s Only the Music, and when I’m just back from the Verbier Festival, I can’t resist delving once more into Deutsche Grammophon’s new Verbier Festival Gold series. So I’ve given you the first movement of the newly released Prokofiev Piano Concerto No 3 from Martha Argerich and the Verbier Festival Orchestra under Yuri Temirkanov, recorded live in 2001.

This month’s new releases then begin with love and longing-themed Classical era works from soprano Christina Landshamer and the Akademie für Alte Musik Berlin, before an intimate vocal recital from soprano Golda Schultz and pianist Jonathan Ware. An unusual symphonic pairing from Lahav Shani and the Rotterdam Philharmonic then rounds things off. 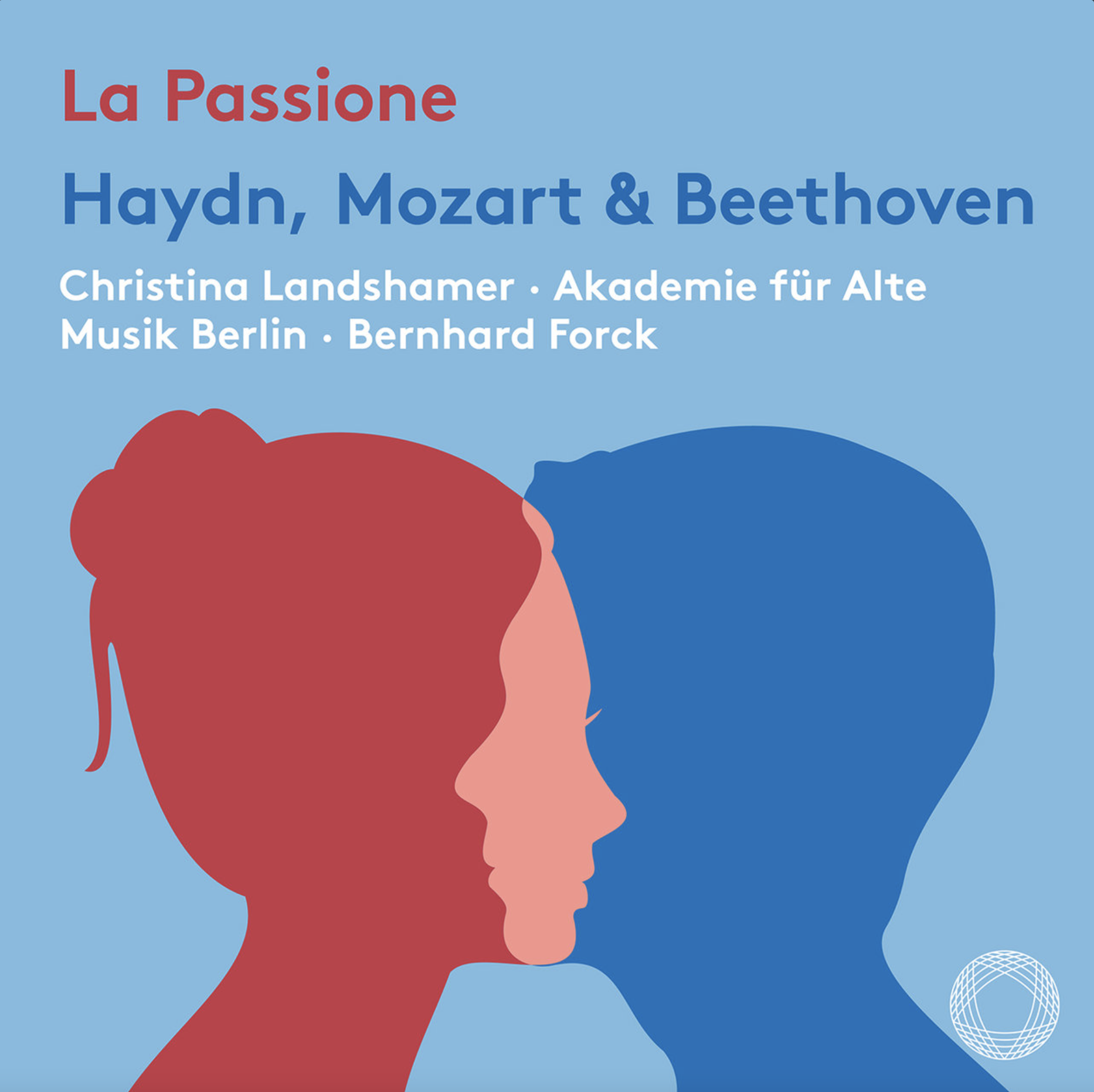 Love and longing, as portrayed through the arias of the Classical era, is the guiding theme of this collaboration between soprano Christina Landshamer and the Akademie für Alte Musik Berlin. Although it actually opens with neither opera nor the theme of passion, but instead a titchy, three and a half minute, frothily racing number full of surprises from Haydn that was published in 1785 as an ‘Overture’ in D major, Hob. La:4, but which ended up containing a further surprise when the original manuscript was uncovered in 1960 – because it turned out that Haydn himself had labelled it a ‘Finale.’ A finale to what, it’s now assumed we shall never know, but under the AAM’s fingers it has made for a zinging, high-octane opener to a programme that yields up fresh pleasures at every fresh turn.

Not everything has been widely recorded, either. Take the small scene, No, non turbati, for soprano and strings written around 1802 by a young Beethoven, off the back of an apprenticeship with Antonio Salieri to master the skills of writing Italian opera (something he turned out not to need). A setting of one of Metastasio’s cantata texts, this portrays a bucolic seduction scene against the backdrop of a heavy thunder storm, and while its subject matter was perfectly suited to Beethoven’s own tempestuousness, what emerges – beyond Beethoven’s skilled orchestration and clear dramatic flair – is his success at assimilating into the Italian operatic style; and the whole is further set off here by Landshamer seducing and managing the vocal acrobatics with equal aplomb, to the orchestra’s crisply responsive support.

Also on the menu is Haydn’s last concert aria, Solo e pensoso. Composed in the autumn of 1798 to a Petrarch sonnet, this sees Haydn bat away the text’s tormented battle between loneliness, longing and devotion in favour of a more serene cavatine style, which burns soft, bright and ardent via Landsamer’s fluid delivery. Or, for something at the other end of Haydn’s career, the programme’s title work isn’t an aria at all but instead an early-career symphony that got dubbed La passione around 1790 by an unnamed Leipzig copyist – perhaps on account on its sturm und drang F minor melancholy – and is brought off by the orchestra with dramatically taut, multicoloured storytelling.

For the playlist I’ve given you Mozart’s Non piu. Tutto ascoltai… Non temer, amato bene, an additional aria for Idomeneo, penned in 1786, whose declaration of love is musically depicted via the voice’s duet with a solo violin, and delectably rendered here by Landsamer and Forck. This is followed by the aforementioned symphony.

This Be Her Verse

Featured soloist at 2020’s Last Night of the Proms; recent operatic roles including the Countess in Mozart’s Marriage of Figaro at Bayerische Staatsoper and New York’s Metropolitan Opera; orchestral appearances with the Mahler Chamber Orchestra and Gustavo Dudamel, Danish National Symphony Orchestra and Fabio Luisi, and London’s Philharmonia and Esa-Pekka Salonen. That’s just a tiny recent snapshot of how, while South African soprano Golda Schultz may have launched her professional career comparatively recently, her versatile, satiny tones and stage presence have quickly have quickly made her in huge demand on both sides of the Atlantic. Now here is her debut album, showcasing yet another aspect of her musical personality – that of chamber recitalist.

A collaboration with pianist Jonathan Ware, This Be Her Verse explores the worlds and inspirations of female composers from the Romantic era to the present day, and it’s a fascinating selection of repertoire that deserves to be heard. An early highlight is Emilie Mayer’s (1812-1883) imaginative, little-known setting of Goethe’s gothic nightmare poem, Erlkőnig(or The Elf King, which was most famously set by Schubert), Schultz and Ware making the most of its dramatic twists and turns, and its changes of atmosphere and colour.

Equally enjoyable are the programme’s moments of repose, such as the brightly glowing clarity of tone and simplicity of line that Schultz brings to Rebecca Clarke’s (1886-1979) English folksong setting, Down by the Salley Gardens; or the vocal purity and honeyed legato she brings to the opening interval leaps of Nadia Boulanger’s (1887-1979)devotional Prière (Prayer). As for the album’s title work, this is a new commission from Schultz’s friends, composer Kathleen Tagg and poet-librettist Lila Palmer, who Schultz first met when studying at New York’s Juilliard School of Music. A vibrant trio of songs exploring contemporary womanhood, cast in tonal language, with some interesting in-piano sound effects for Ware, it shines here via Schultz’s direct communication – I’ve found myself hanging on her every clearly articulated word.

I’ve begun the playlist selection with the album’s opening track, Clara Schumann’s (1819-1896) Liebst du um Schönheit, followed by Mayer’s Erlkőnig, Clarke’s Down by the Salley Gardens and Tagg’s This be her verse: Wedding. 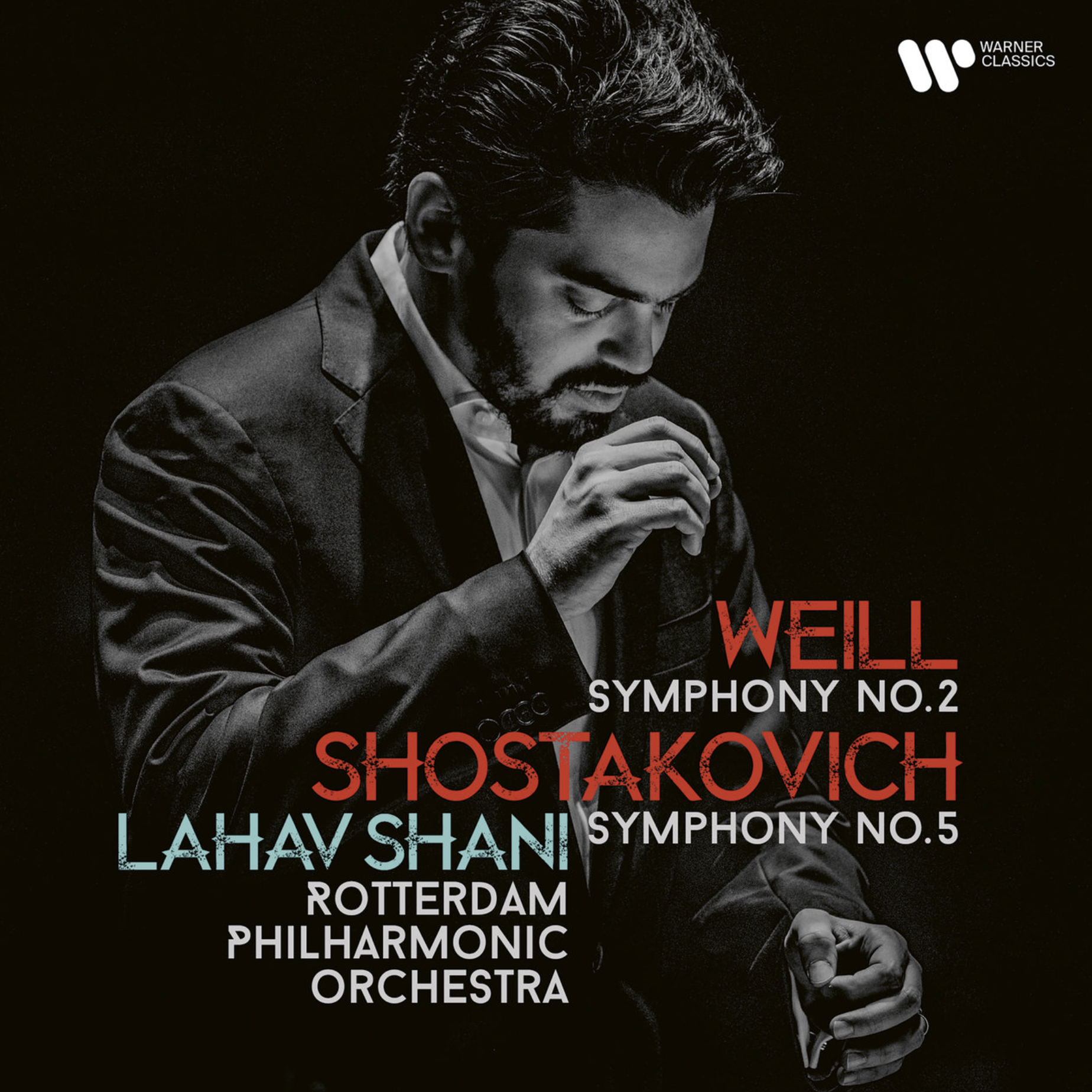 The world may not be lacking in recordings of Shostakovich’s Symphony No 5, but Lahav Shani’s pairing it with Kurt Weill’s generally overlooked Symphony No 2 ‘Symphonic Fantasy’ is a first, and an inspired one.

Conceptually, Shani’s programme honours ‘The Symphony in Dark Times’, of which both the Weill and the Shostakovich are compelling examples. Only the Weill’s first movement had been written when, in 1933, this famed, Berlin-based master of cabaret songs and musicals fled to Paris, his music having been declared ‘Entartet’ – i.e. degenerate, too avant-garde, too Jewish – by the Nazi authorities. The completed symphony was then premiered in 1934 in Amsterdam by the Concertgebouw Orchestra under the baton of Bruno Walter, and while the public reception was positive, the critical reception was less so, the press being unable to hear it outside of the context of Weill’s theatrical music, thus describing it as ‘rather an assembly of songs that a real symphony’ (and perhaps there was some antisemitism at play as well). To 21st Century ears, though, such an analysis feels deeply perplexing when the most obvious musical parallel is actually Mahler: lushly scored, darkly melancholic, sometimes fiercely driven music that not only contains its own funeral march (second movement), but even gets gatecrashed by Berlin dance hall strains which themselves are couched in an emotional spectrum ranging between irony and desperation.

Shani and the Rotterdam skilfully tease out all this tussle of emotions, and they continue in that same vein for Shostakovich’s Fifth Symphony. Composed in 1937, this was a symphony-shaped bid for life, following an article that had appeared the previous year in Pravda, possibly written by Stalin himself, that had denounced Shostakovich’s opera, Lady Macbeth of Mtsensk, as muddled and degenerate, before concluding with the threat, ‘This is a game that….may end very badly’. Stalin immediately withdrew the similarly complex Fourth Symphony he was ready to premiere, and instead wrote his Fifth – superficially everything Stalin wanted, with its accessible style and its apparent portrayal of the heroic Russian people triumphing after great adversity, but also containing coded defiances and double entendres – all while going to bed fully clothed in case the security services should come knocking.

Shani’s reading is compelling; a first movement of deep pain-ridden beauty (listen in around 4’30”); a bitterly brashly ironic Allegretto channelling Stalin’s hated Mahler so very clearly you wonder how on earth Shostakovich got away with it when even the pizzicato comes soused in lemon juice; a creeping, despairing, weary, expertly controlled Largo of a tension you could cut with a knife; and when Shostakovich’s friend and colleague, the cellist Rostropovich, claimed that anyone who hears the Finale’s march as an apotheosis ‘is an idiot,’ there’s no danger of that from the frantic, mechanical juggernaut of doom that Shani and the Rotterdam have presented. I’ve given you the Weill for the playlist.