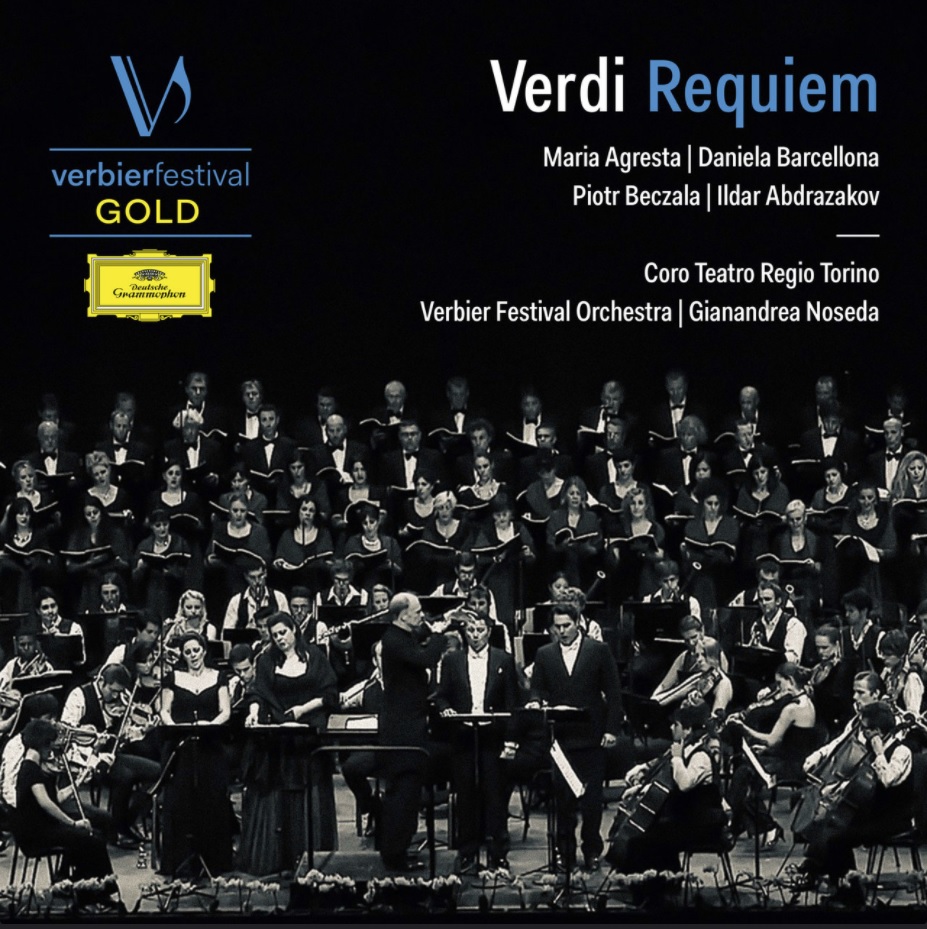 Welcome to May’s Only the Music, and with summer festival season now firmly on the horizon, it feels like a good moment to point you towards the brand new partnership between the two classical music powerhouses, Deutsche Grammophon and the Verbier Festival. These two have always had a close affiliation, helped by Verbier founder Martin T:son Engstroem’s previous role at DG as Vice President of Artists and Repertoire.

Now, though, they’ve further cemented it with the launch of Verbier Festival Gold, which each month will see the release of a new recording from the festival’s now almost 30-year archive of performances from the world’s top artists, often in unusual formations. And they’ve started with a bang: an immensely powerful 2013 performance of Verdi’s Requiem, Gianandrea Noseda conducting a stellar line-up of soloists – Maria Agresta, Daniela Barcellona, Piotr Beczala and Ildar Abdrazakov – with the sublime-sounding Coro Teatro Regio Torino and the Verbier Festival Orchestra.

The taster I’ve given you for the playlist consists of the opening Requiem movement followed by the Dies irae, Tuba mirum and Mors stupebit; and know that the two subsequent Verbier Festival Gold releases, of a Mendelssohn programme featuring Yuja Wang and a 2011 song recital from bass-baritone Bryn Terfel and pianist Llyr Williams, are equally worthy of your time.

Onwards, and the new releases open with a 40th anniversary recording from the Filarmonica della Scala under Riccardo Chailly, then continue with a wide-ranging programme from Swiss harpist Joel von Lerber in tribute to Érard’s 1810 patenting of the fully chromatic double-action harp. British pianist Simon Callaghan then plays us out with a deliciously perky array of wrongly-forgotten British piano concertos dating from the first half of the twentieth century. 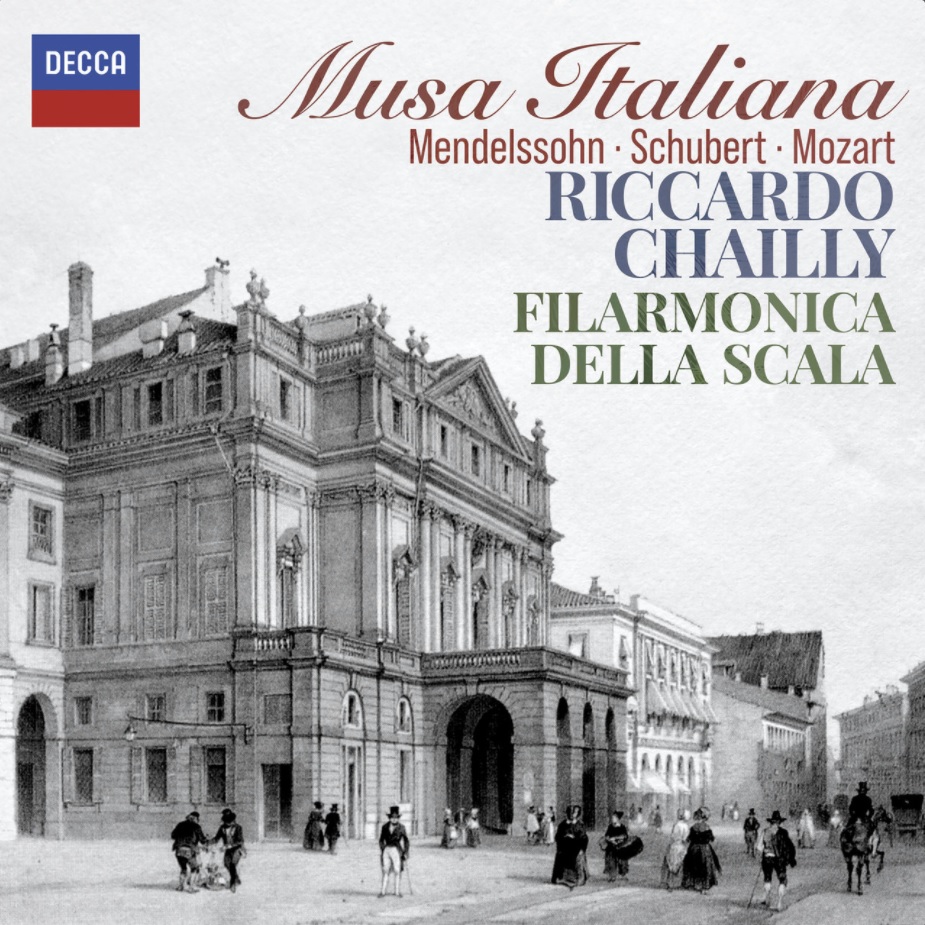 Riccardo Chailly has been Music Director of La Scala Milan since 2015, but his relationship with Italy’s world-famous temple to opera stretches in fact all the way back to when, aged twenty, he began his career as assistant to its then Music Director, Claudio Abbado. So the ‘Musa Italiana’ title of this programme celebrating the influence of the “Italian style” on Austro-German composers Mozart, Schubert and Mendelssohn, feels like a particularly personal one; and perhaps all the more so when Chailly, like Mendelssohn, went on to spend over a decade as Leipzig Gewandhaus Orchestra Kapellmeister.

Then for more emotional potency, add the fact that not only does this joyous programme coincide with the Filarmonica della Scala 40th anniversary year (it was established by Abbado and the opera house musicians in 1982 with the aim of developing a symphonic repertoire), but it was also recorded during the pandemic. Although emotional potency was not the pandemic’s only contribution, because the need for socially-distanced orchestral seating also necessitated the creation of a new floor over the stalls seats, which in turn presented an acoustical present. As Chailly himself puts it, ‘it says much for the genius of Giuseppe Piermarini, the architect of La Scala, because right at the centre of the theatre, the acoustic is spectacular. La Scala’s acoustic tends towards the dry in order to assist the voices, but out of the pit the sound is wonderful’.

He’s not exaggerating, either. And when you add Decca together with hopefully a dCS sound system, it all adds up to a warm, vibrant acoustic, with a real sense of space, that sits as the final perfecting gloss on a set of readings singing with spring, poise and lucid textures. It’s an especially singing and joyous-toned programme, too: Mendelssohn’s ‘Italian’ Symphony No 4, composed during a ten-month grand tour of Italy between 1829 and 1831 during his early twenties; two Schubert overtures, the C major D 590 and the D major D 591, whose Italian style pays especial tribute to Rossini; then three Mozart opera overtures – to Mitridate, Ascanio in Alba and Lucio Silla – all of which were premiered in Milan. I’ve given you the Mendelssohn symphony for the playlist, but please then look up the whole of this life-affirming album by yourselves. 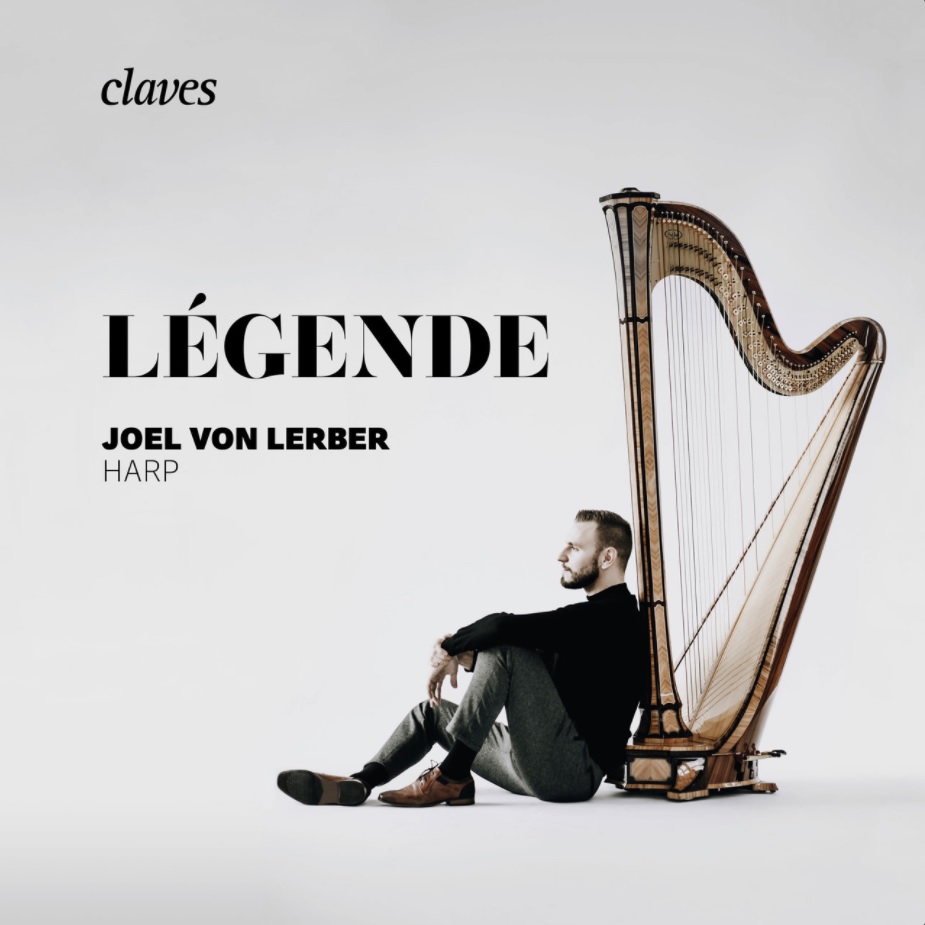 Légende is multi-award-winning Swiss harpist Joel von Lerber’s hymn of tribute to the fully chromatic double-action harp patented in 1810 by the French instrument maker Sébastien Érard (of piano fame). This upgraded instrument’s seven pedals and a sophisticated mechanism meant that it was now possible to change the string lengths and raise each note up to two semitones, which in turn enabled the harpist to play in all keys without having to retune – something composers such as Wagner, Mahler, Debussy and Berlioz all seized upon, which in turn lead to its becoming established as both an orchestral and solo instrument.

Von Lerber’s vivdly captured programme has works by Fauré and Liszt rubbing shoulders with others from composers whose names will hitherto have fallen far below the radar of all but the most dedicated harp fans. Figures such as Nicolas-Charles Bochsa (1789-1856), harpist of Napoleon’s Imperial Orchestra, co-founder of London’s Royal Academy of Music and Music Director of London’s King’s Theatre. Also Bochsa’s pupil, Englishman Elias Parish Alvars (1808-1849), dubbed ‘the Liszt of the harp’ by Berlioz on account of his capacity for virtuosity – including his famous ‘three-hand technique’ in which he wove a melody into sweeping arabesques.

Also French harpist Henriette Renié (1875-1956), whose original compositions and arrangements played a decisive repertoire-building role at the beginning of the 20th century, and whose Légende d’apres ‘Les Elfes’ de Leconte de Lisle I’ve chosen for the playlist. This depicts Leconte de Lisle’s 1901 poem about a black knight riding through the forest in search of his bride, who encounters malevolent elves who try to seduce him, but when they fail kill his bride instead. Opening dark, eerie and atmosphere-laden, inevitably it’s a showcase for von Lerber’s own powers of technique, emotional expression, architectural handling and musical storytelling. I’ve preceded this with Fauré’s antiquity-tinged Une Chatelaine en sa tour (A Chatelaine in her tower), written in 1918 for yet another French harp virtuoso, Micheline Kahn.

There’s equally a forgotten treasures theme to British pianist Simon Callaghan’s programme of British piano concertos with Martyn Brabbins and the BBC National Orchestra of Wales, because all six of its works – all composed in the first half of the 20th century, often for specific occasions – fell out of the repertory pretty much as soon as they’d fallen into it.

Not, though, because they were no good, but simply because this is what happens to too much specially-commissioned new music. So when, during the pandemic, Callaghan was hunting for repertoire that was feasible within the social distancing strictures placed on BBC NOW’s Hoddinott Hall, these works with their modest orchestral forces more than fitted the bill. Also with their lightness of spirit, because often across this album there’s the sense of music written to entertain (albeit without sounding facile), which feels as much a balm for the soul now, as it must have done during the early twentieth century’s dark times.

So for a curtain-opener there’s the Wellington Suite written in 1959 by John Addison, a composer best known for film scores such as A Bridge Too Far and of the Murder She Wrote theme tune, but who here produces something whose delicious jauntiness feels like a British take on Gershwin – to which Callaghan himself then brings brilliantly insouciant brio and Hollywood jazz suavity. Next there’s Arthur Benjamin’s Blues-influenced Concertino (1950). Then Elizabeth Maconchy’s pithy, neo-classical Concertino No 2 for Piano and String Orchestra (1949), whose shadowy central Lento opens with some particularly ear-grabbing strings sobriety. Humphrey Searle’s 12-tone-influenced Concertante (1954) follows.

Then after Callaghan’s own reconstruction of Edmund Rubbra’s Nature’s Song – a student work of 1920, carrying shades of mysticism and pastoral styles – the programme’s tender climax is Geoffrey Bush’s A Little Concerto on Themes of Thomas Arne (1939) which, as its name suggests, is a loving homage to neo-classical homage to its Eighteenth century namesake – performed with loving delicacy from Callaghan, and huge heart from the BBC NOW strings. And an added boon to all the above variety and charm is that only the Benjamin has been previously recorded, and that only once in 1959. I’ve given you the Addison here, but this whole album is worth getting to know and love.