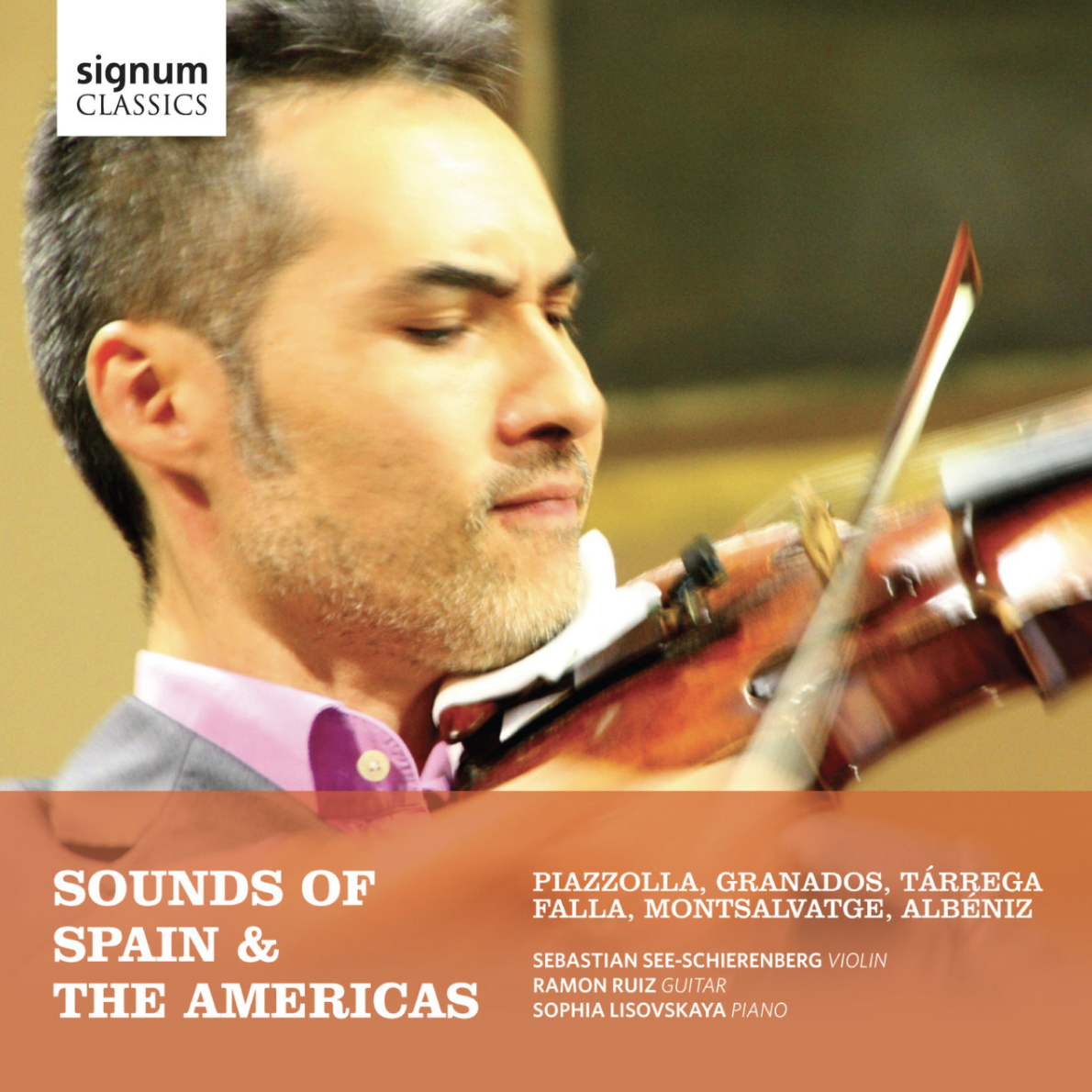 Welcome to November’s Only the Music, which I’m opening with a classic recording inspired by one of my new release choices, Augustin Hadelich’s Recuerdos. When the latter concludes with violin virtuoso Ruggiero Ricci’s solo violin transcription of Tárrega’s Recuerdos de la Alhambra, simulating the original’s guitar tremolo through an eye-wateringly tricky jumping ricochet bow technique, it’s with Ricci himself that we begin – his 1954 recording of Paganini’s flamboyantly operatic solo transcription of the aria, ‘Nel cor più non mi sento,’ over which he demonstrates all the panache-filled technical virtuosity and lyricism that enabled him to pen his Tárrega arrangement.

As for the other two new releases,  we first have Norwegian violinist Bjarte Eike and his Barokksolistene dropping us into a 17th century London alehouse theatre, after which comes a thoughtful piano recital from young Polish pianist Klaudia Kudelko. 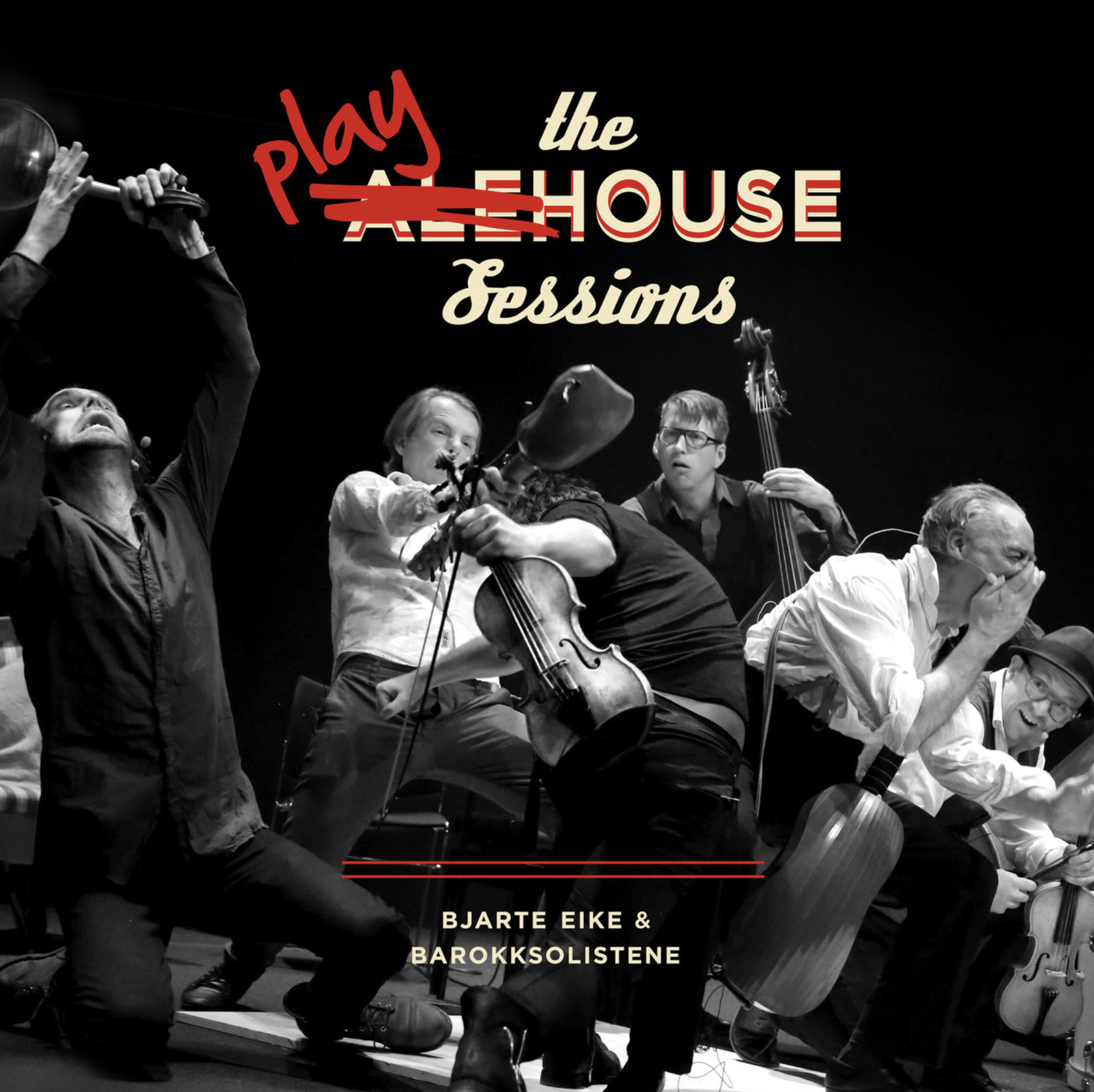 Back in 2017, Norwegian violinist Bjarte Eike and his band of period players, Barokksolistene, released The Alehouse Sessions, recreating an imagined evening’s musical entertainment in a 17th century London alehouse – London pubs at that time being hotbeds of artistic creation in which street musicians collaborated with former court musicians, first thanks to Oliver Cromwell outlawing secular musical entertainment and thus driving its performers underground, and then during the Restoration due to there not being enough theatres to satisfy public demand. The Barokksolistene’s resultant experimental mash-up of the era’s folk and art music, presented more as a pub set than a straight classical programme, was a zinger of an album. Hence, in 2019, a new experimentation, this time joining this time with with Norway’s Haugesund Theatre to create incidental music for a production of Shakespeare’s A Midsummer Night’s Dream, and performing it not in the pit but onstage as cast members. It was a tremendous success, and The Playhouse Sessions is now its recorded fruit.

Contents-wise, the album is a mix of the Barokksolistene’s arrangements of existing works (Henry Purcell features heavily, alongside sea shanties and folk tunes) and their own original compositions (for instance ‘You Spotted Snakes’ and ‘Over Hill, Over Dale’ from the play, which were always intended to be sung, but for which no original music survives). To all this they’ve then also added some further Alehouse Sessions material, reflecting the fact that their imagined setting is a Restoration-era alehouse’s makeshift theatre.

Purcell’s ‘Jenny Loves, and She Confessed Too’ is their curtain raiser, its hushed instrumental opening taut with the impression of a street theatre troupe poised to tell a story, before finally it crescendos up and opens out into song. Onwards, and what constantly strikes and delights is the live-feeling vital energy of the whole, the instrumental playing a fabulous combination of zest and polish, and vocal performances unfailingly compelling (often singing while playing), right through to the concluding, dripping-with-atmosphere Dowland song, ‘Can She Excuse Puck’s Wrong’ – performed a cappella as a backdrop to Shakespeare’s famous Puck speech, ‘If we shadows have offended...’  All in all, you’d be hard pushed to find a more engrossing recorded musical presentation.

For the playlist I’ve given you the first three numbers, all of which are Purcell arrangements: the aforementioned ‘Jenny Loves, and She Confessed Too’, followed by The Washerwoman Set and ‘Oft She Visits This Lone Mountain’. 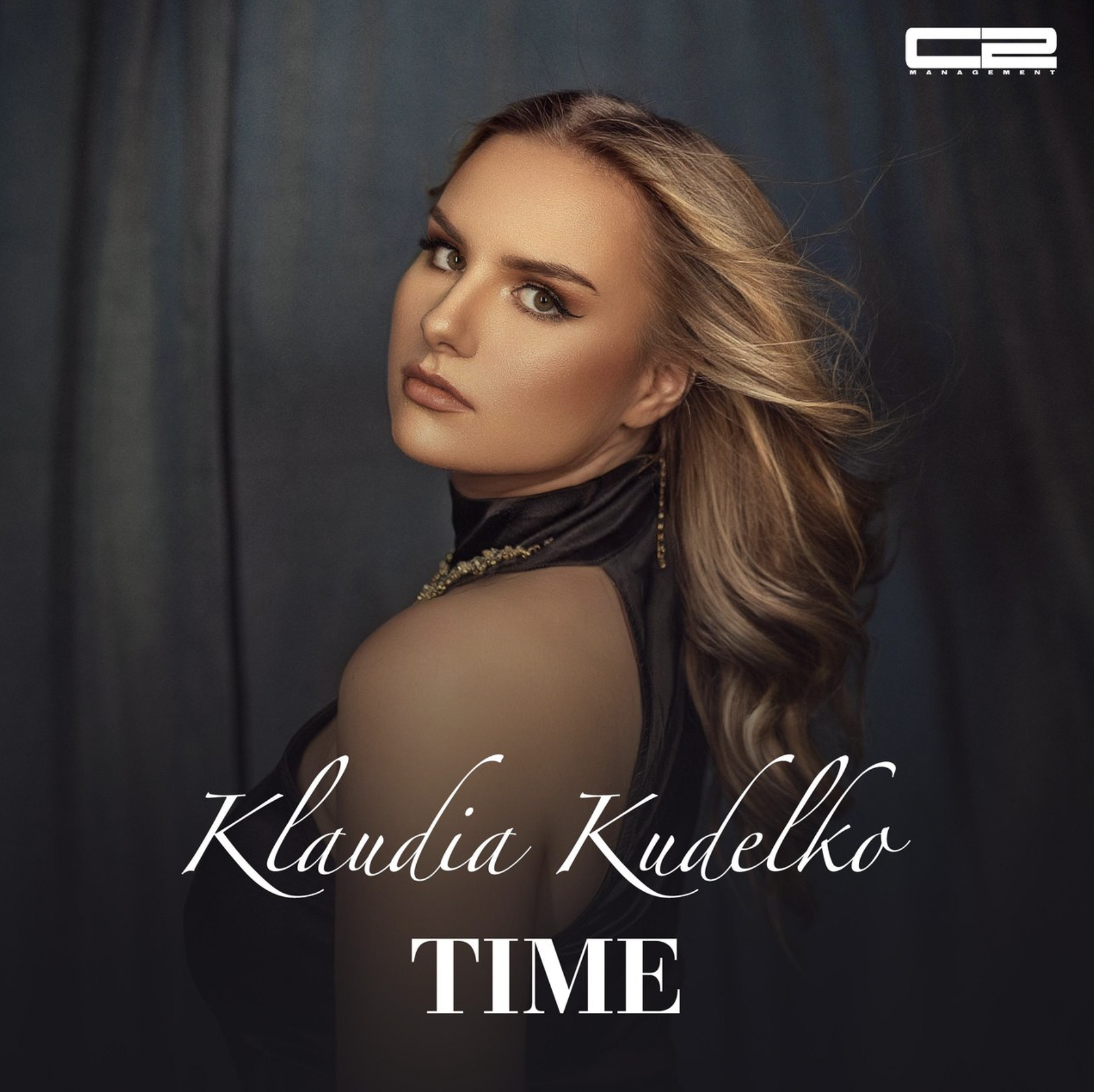 Young Polish pianist Klaudia Kudelko was an unknown name to me before Time landed on my desk, but now my interest is piqued.

Kudelko’s programme unites works by Schubert, Chopin and Bacewicz that all, in their own ways, reflect the existential questions that humans have always ruminated on: Schubert’s six fleetingly short character pieces, Moments musicauxOp.94, were written over his final illness-racked years and completed in 1828, shortly before his death aged 31. Chopin’s ‘Revolutionary’ Étude was written shortly afterwards, around 1831, during Poland’s armed uprising against the Russian Empire, which saw the 21 year old Chopin permanently exiled in Paris – from where his works would always carry the influence of his Polish heritage. Chopin’s compatriot Grazyna Bacewicz then penned her Piano Sonata No 2 during the Second World War.

Recorded in Los Angeles’ Zipper Hall, the engineering here is incredibly bright and immediate, with plenty of the hall’s bloom captured. This does mean that for some it may feel a bit much, at least in long doses. Yet equally it sucks you in, and not simply because of the engineering, but because Kudelko plays with poetry and conviction. It’s the Schubert I’ve given you for the playlist, thanks to the satisfying way she achieves its delicate balance of improvisatory feel and tight structure. 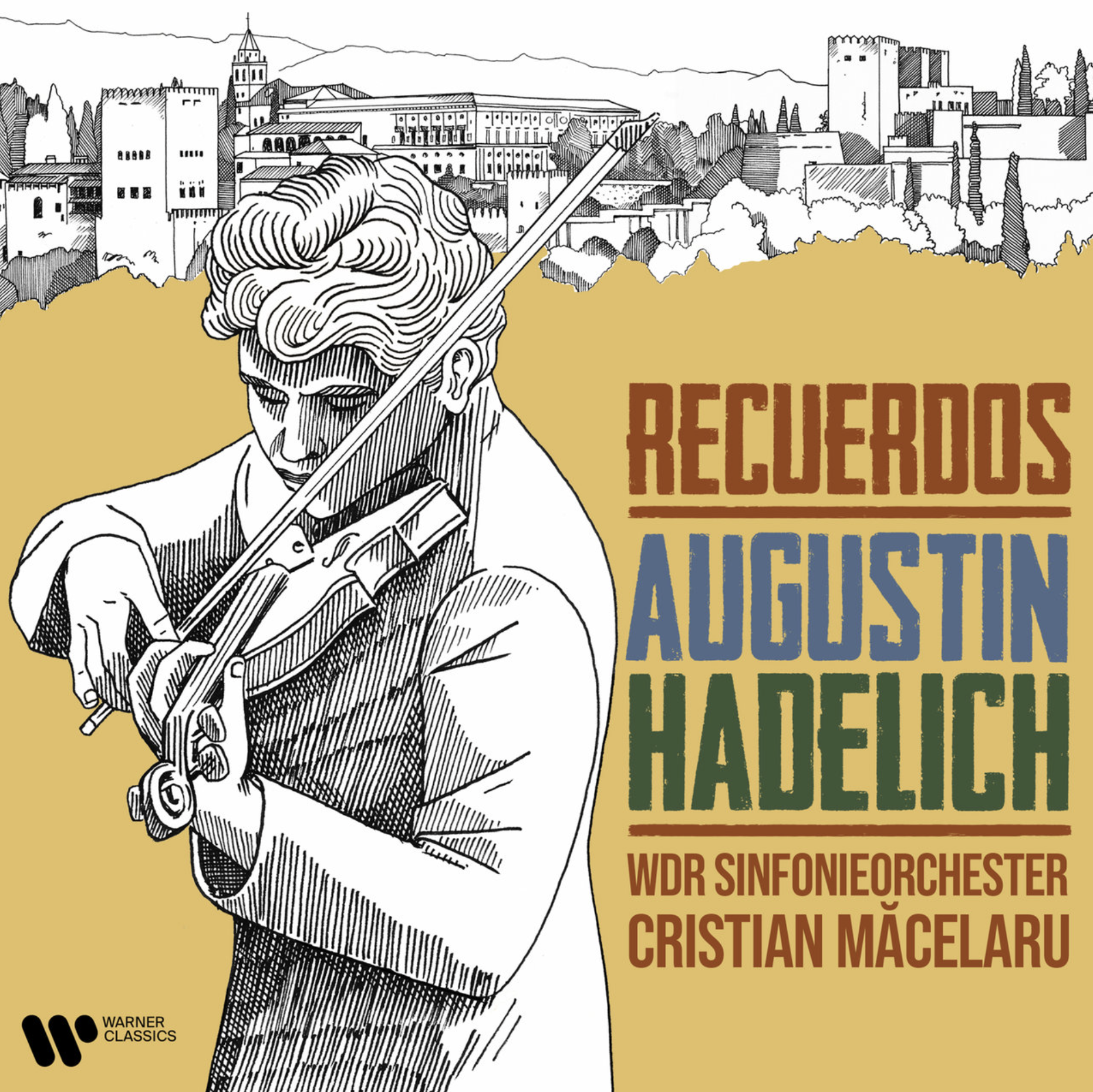 Recuerdos represents the fulfilling of Augustin Hadelich’s long-held wish to tell the story of the towering violin concerto a 23-year-old Benjamin Britten wrote for Spanish violinist Antonio Brosa in 1938, as an appalled, emotionally searing response to the horrific Spanish Civil War raging at the time. Fast forward to 2022, and the outbreak of war in Ukraine has made the concerto’s themes of militarism, war, grief and search for hope feel ever more pertinent. Hence Hadelich finally taking the plunge, which he has done through a Spanish lens and a programme that, rather than simply doing the usual and selecting a complementary partner work, actually tells a story. The result is an offering that genuinely stands apart from the many other recordings of this work.

Hadelich’s narrative opens with a pre-war Spanish fireworks show, Sarasate’s virtuosic 1883 arrangement of themes from Bizet’s Carmen, the Carmen Fantasy, Hadelich’s violin sounding glorious darkly throaty in its lower depths, and spinning highest-register pianissimo lines of airily swaying, magically gossamer luminosity. Next comes Prokofiev’s Second Violin Concerto of 1935, some of which was written in Spain, and with its own opening violin line equally down in the instrument’s lower-register darkness – although altogether more austere-toned from Hadelich, sharp-edged fieriness stored up his sleeve for thrilling use later on. Then finally we’re into the Britten itself, Hadelich drawing on all his throaty darkness, silvery fragility and jagged anger to deliver an emotionally devastating reading that comes to a gripping head in the solo cadenza and onwards through the keening power of Hadelich’s concluding lament, his delivery now suffused with Spanish inflection. He then winds his programme atmospherically down with a masterstroke of a postscript, Ruggiero Ricci’s violin transcription of Tárrega’s sorrowful guitar meditation, Recuerdos de la Alhambra.

As to whether one could describe the whole as an enjoyable listen, that probably depends on your definition of the word. Either way, it’s a moving and an essential one.

I’ve given you the Britten followed by the Tárrega/Ricci.