Trust Your Ears: exploring the history of Mercury Living Presence

Our new podcast series, produced in partnership with Decca Records, tells the fascinating story behind a treasured collection of classical recordings and the role that dCS converters played in their digital revival

In April 1951, the Chicago Symphony Orchestra gathered in the city’s Orchestra Hall to perform Pictures at an Exhibition: a suite of ten piano pieces written by Russian composer Modest Mussorgsky and orchestrated by Maurice Ravel. The performance was conducted by Rafael Kubelík – the orchestra’s youthful new Music Director – and recorded for LP by US record label Mercury.

Founded by Irving Green and partners in 1945, Mercury had already established itself as a formidable force in popular music, releasing hits by singers Patti Page, Tony Fontane and Frankie Laine, plus a string of R&B jukebox singles. In 1950, the label decided to expand its repertoire.

Under the direction of Wilma Cozart, an orchestra administrator who had worked with the Minneapolis Symphony and Dallas Symphony orchestras, Mercury decided to grow its classical division, with the aim of building a catalogue of symphonic recordings performed by US ensembles.

At the time, most American labels travelled abroad to record symphonic productions or leased masters from Europe and Russia. Wilma’s vision was to work with performers and conductors closer to home, providing a catalogue that would highlight the wealth of extraordinary classical talent within the US. The Chicago Symphony was without a recording contract in 1950, so Mercury’s ‘hometown’ orchestra was the logical first partner.

Pictures at an Exhibition was the first recording released under this new direction, and it was met with rapturous reviews. Writing for the New York Times, Howard Taubman, the paper’s chief music critic, praised its faithfulness to the original event, noting that it provided the effect of being “in the living presence of the orchestra.” 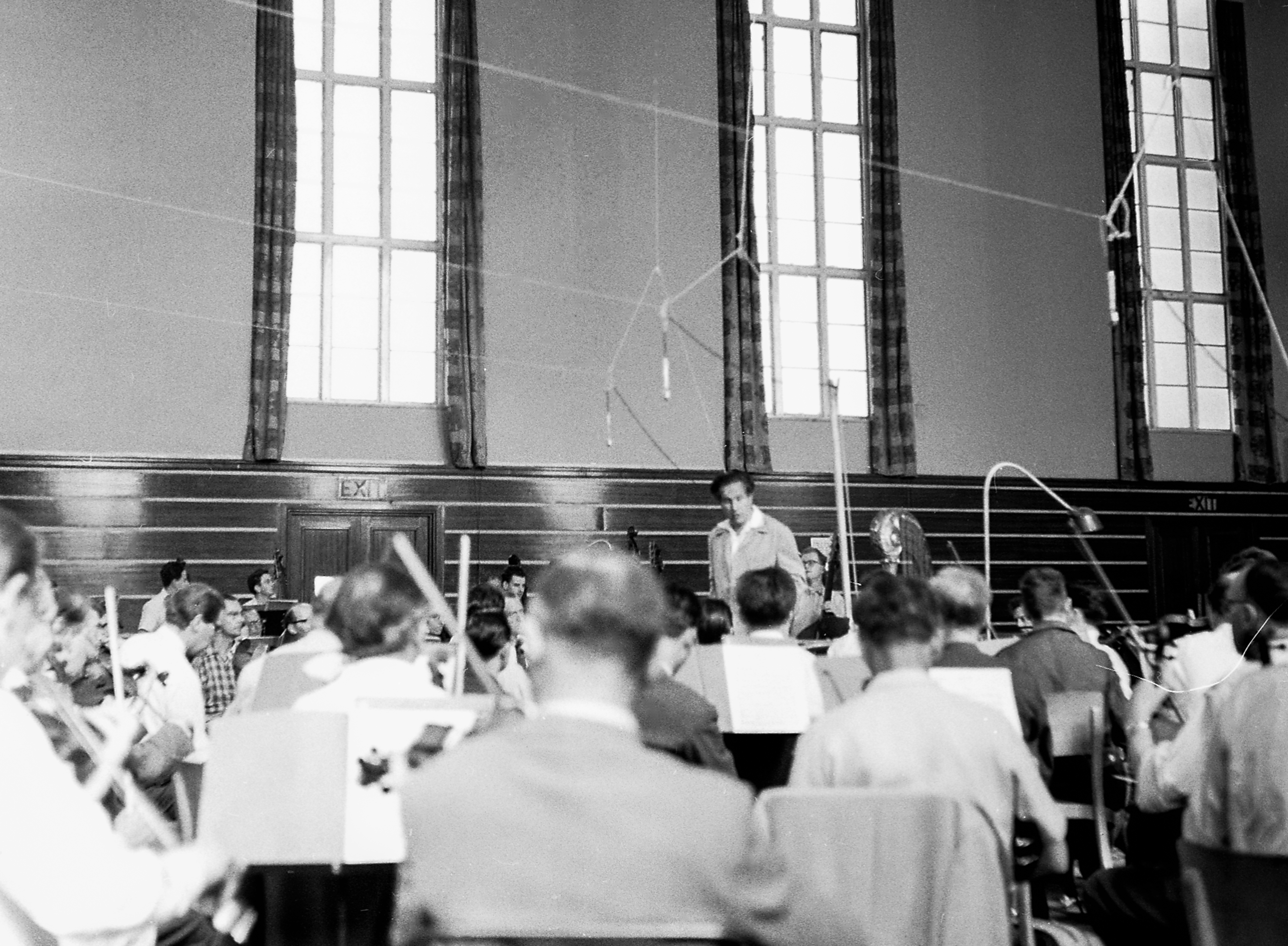 This faithfulness was achieved via a simple yet pioneering technique. Working in close collaboration with Wilma, sound engineer C. Robert ‘Bob’ Fine captured the performance using a single Telefunken/Neumann U47 tube condenser microphone positioned around 25 feet above the conductor’s podium. 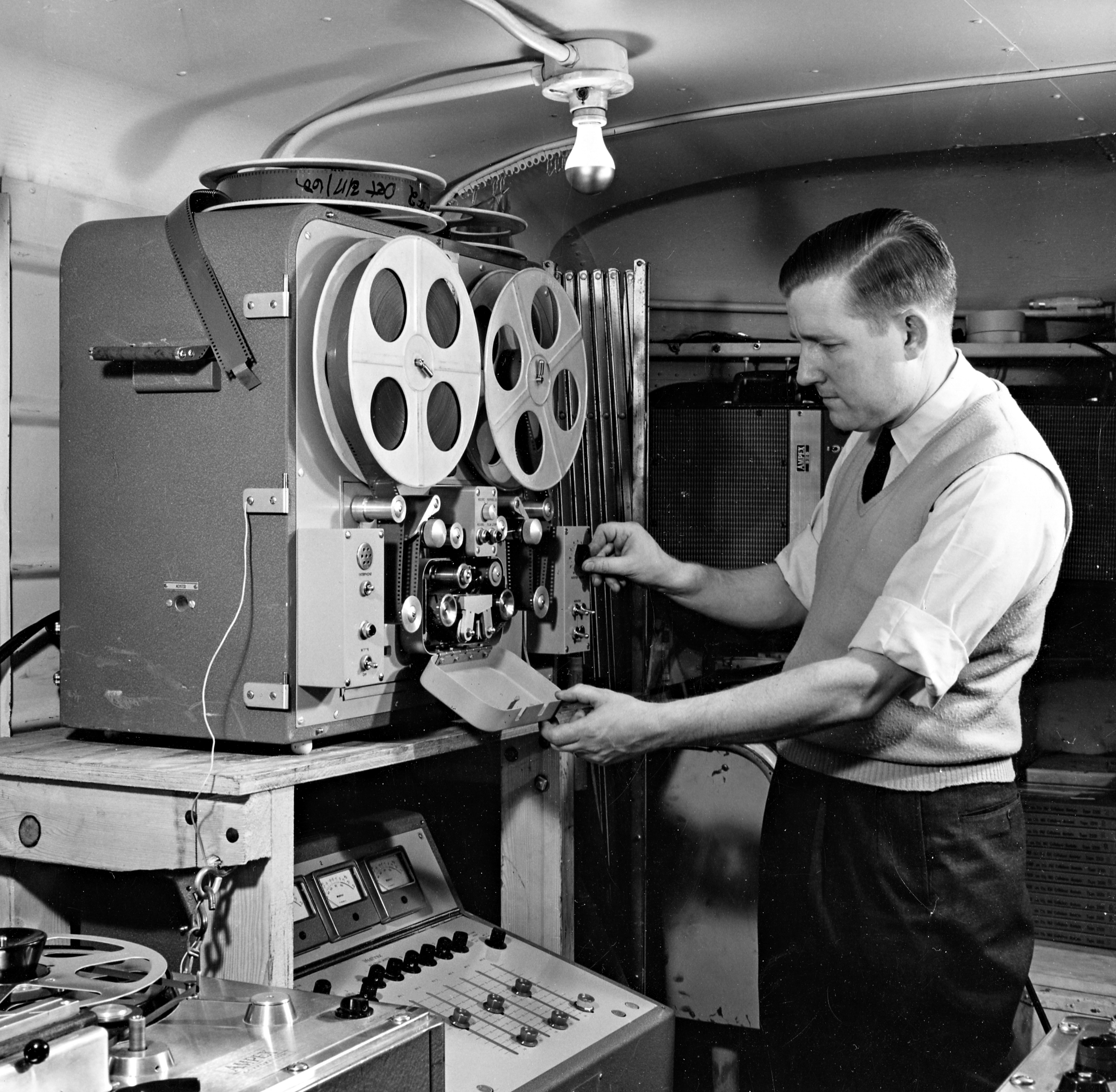 While Bob had been recording with single mic setups since the late 1940s, Pictures at an Exhibition was one of the first full orchestra performance he had captured using this method, and the first location recording, in the orchestra's home venue. Thanks to his innovative approach, and Wilma’s fastidiousness during the production process, Mercury was able to produce a lifelike and immersive record of the event – a release which the Chicago Tribune described as “second to none in atmosphere and excitement.”

Over the next two decades, Bob, Wilma and the MLP team travelled extensively across the US, Europe and Russia, producing over 200 classical recordings under the ‘Living Presence’ moniker. Their work helped propel the careers of many of the orchestras, musicians and conductors they collaborated with, including the Chicago, Minneapolis and Detroit symphony orchestras, and set a new benchmark for clarity and accuracy in music production. 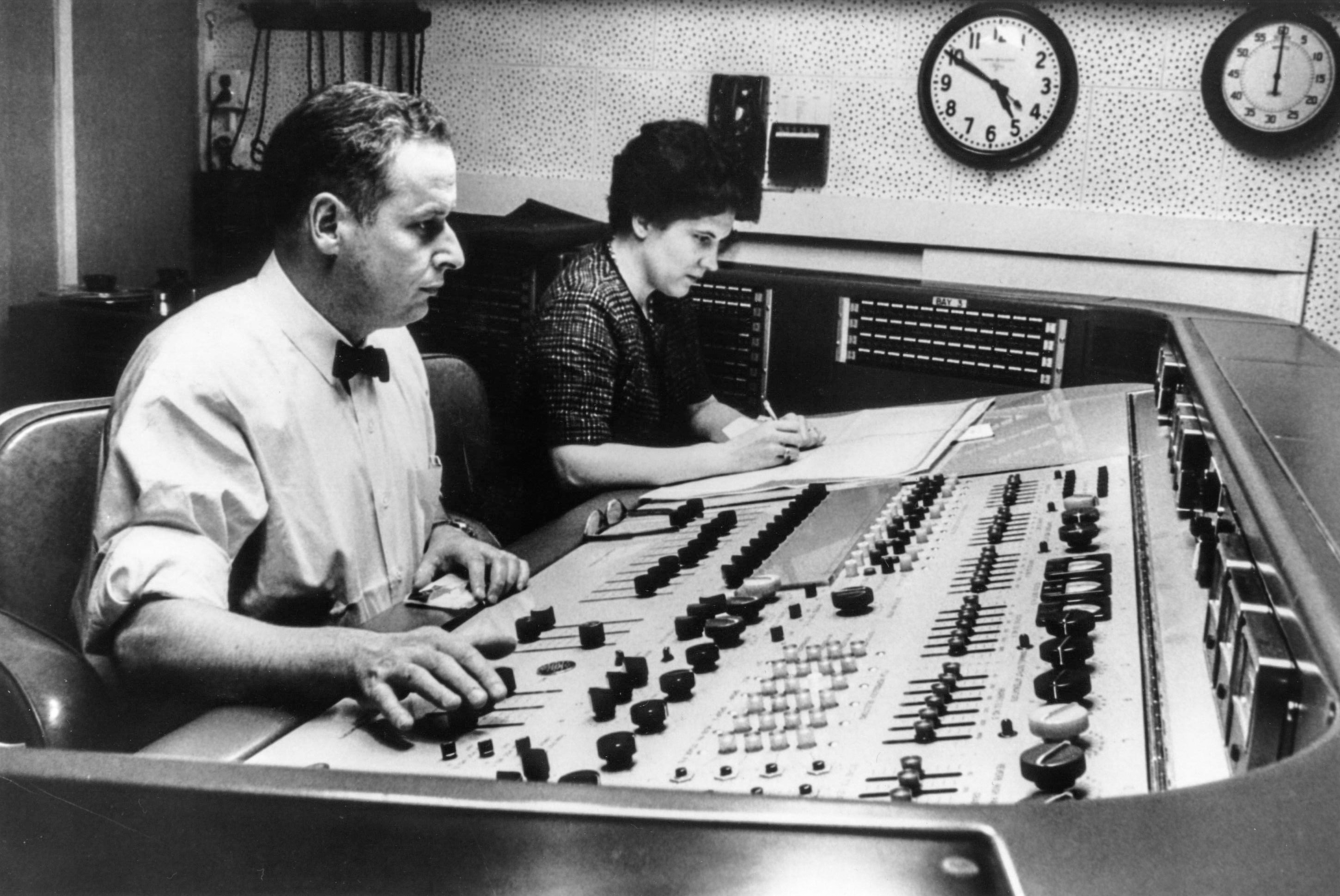 Bob and Wilma – who married in 1957 – proved to be a remarkable duo. Through their innovative use of technology, and deep musical sensitivity, they were able to capture not just the sound of a performance, but a sense of the space and atmosphere in which it took place. As audio production evolved, and stereo became the dominant mode of listening in homes across the US, Bob continued to experiment with new recording techniques and equipment, moving from a single mic technique to a three-channel approach using omni-directional mics and, for a time, 35mm magnetic film. Wilma, in turn, became incredibly skilled at judging a recording’s verisimilitude to the sound she heard when listening live, and was renowned for both her creative approach to production and her astute commercial sensibility. 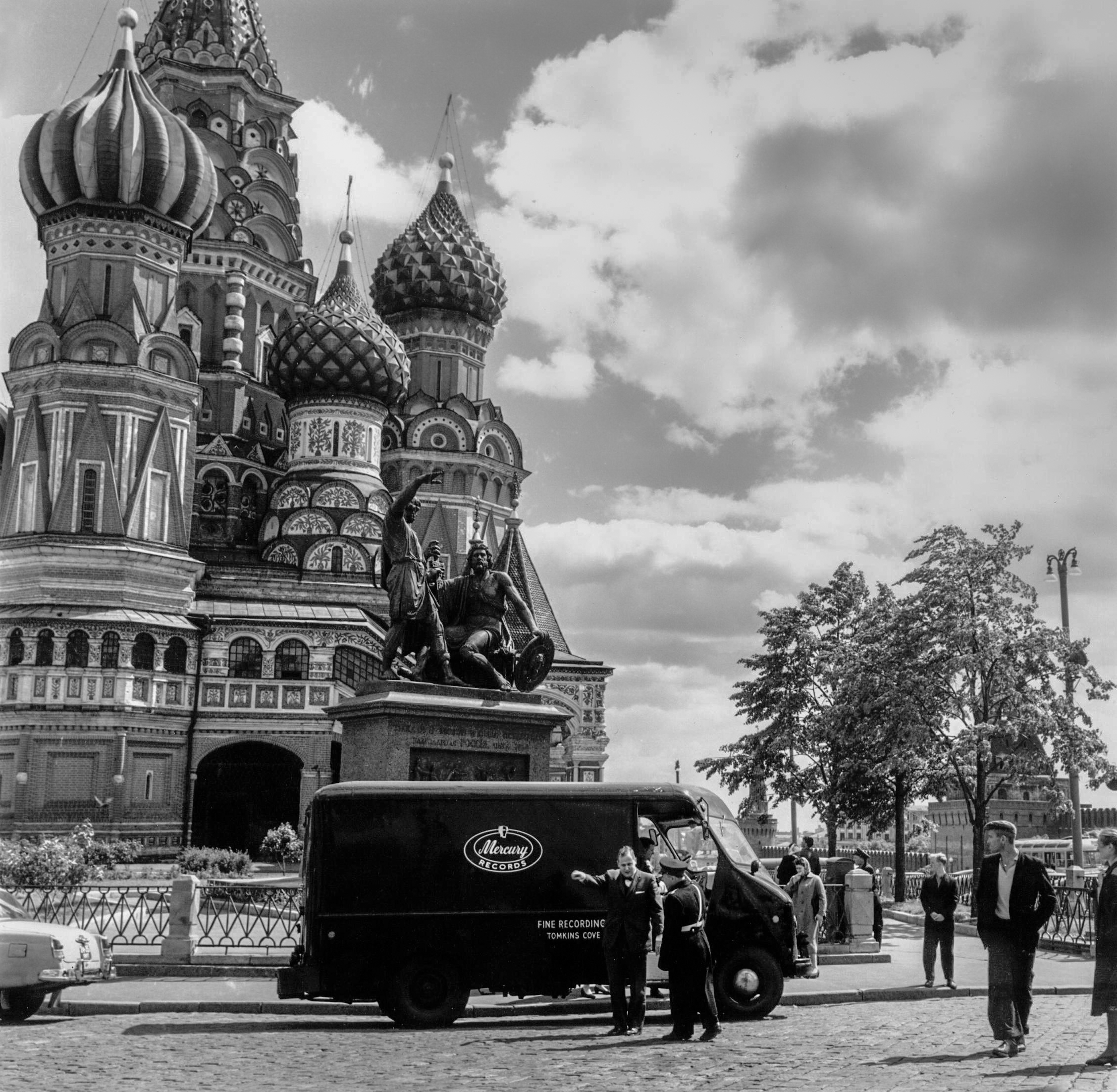 In 1962, Mercury became the first US label to record in the Soviet Union, making historic albums with American pianist Byron Janis playing with Russian orchestras and conductors, and working with the Osipov State Russian Folk Orchestra to produce ‘Balalaika Favourites’, a collection of balalaika music recorded during a non-stop late-night session. (Their visit, which took place just months before the Cuban missile crisis came to a head, made headline news in the US.) 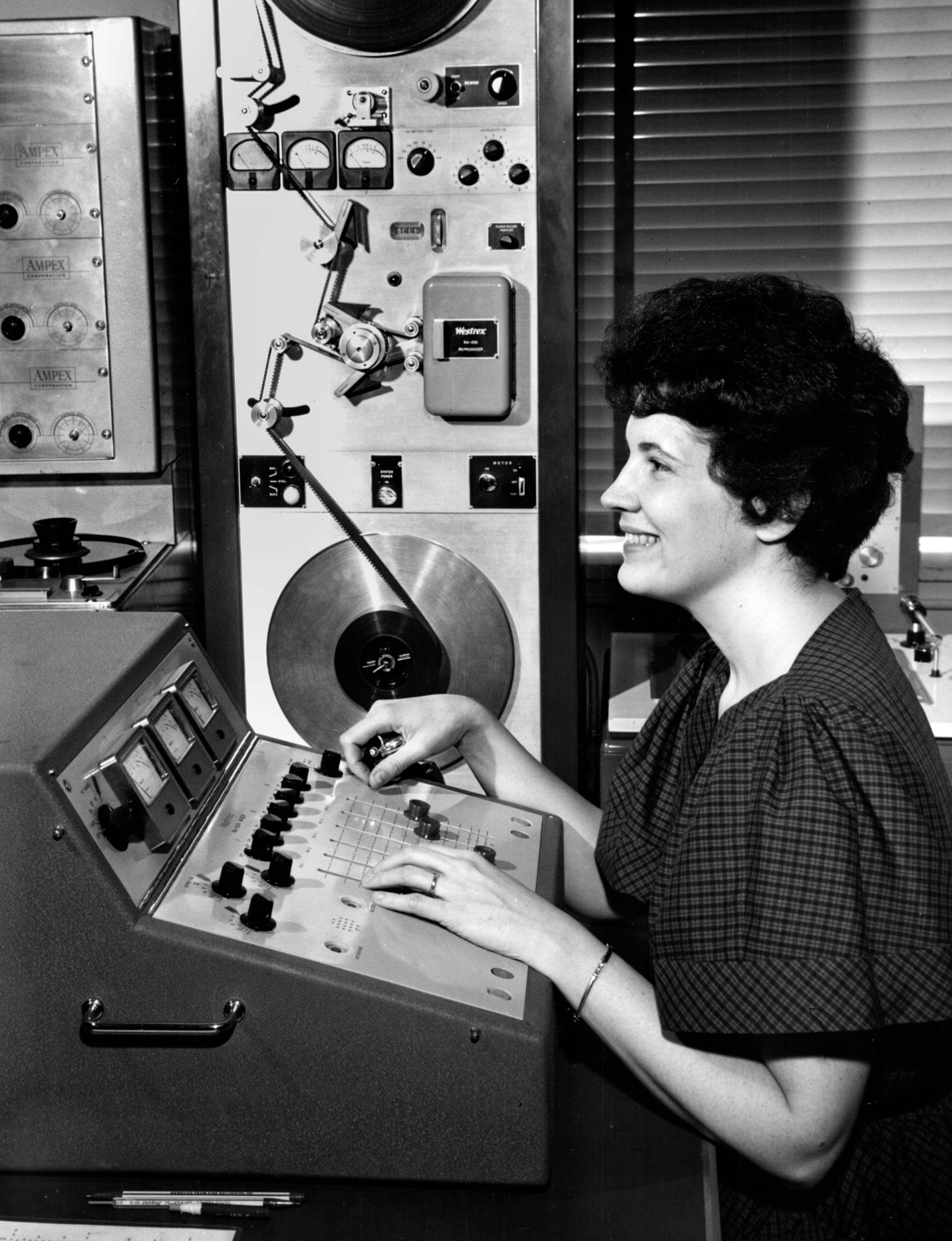 Throughout this continuous development and innovation, Bob, Wilma and the MLP team remained committed to achieving the highest possible standards of sound reproduction and providing an experience that brought listeners as close as possible to the feeling of watching a live performance unfold.Speaking to NPR in 1996, Wilma said the team strived to make listeners feel “part of an audience”.  Their approach to recording and production was driven by their desire to capture the full dynamic range and nuance of a performance and provide an exact record of the event as they heard it.

"We didn’t use any control of dynamic range, we didn’t have a mixing console – we just placed the microphones so that it would reproduce the music as truly as possible"

“We didn’t use any control of dynamic range, we didn’t have a mixing console – we just placed the microphones so that it would reproduce the music as truly as possible and then recorded it without any change from what the conductor and the musicians were doing during their performance,” she explained. This technique gave their recordings a distinctive character, which was immediately recognisable to fans of the catalogue. “The recordings have a very specific personality and sound,” said Wilma. “You can usually know when you’re listening to one.” 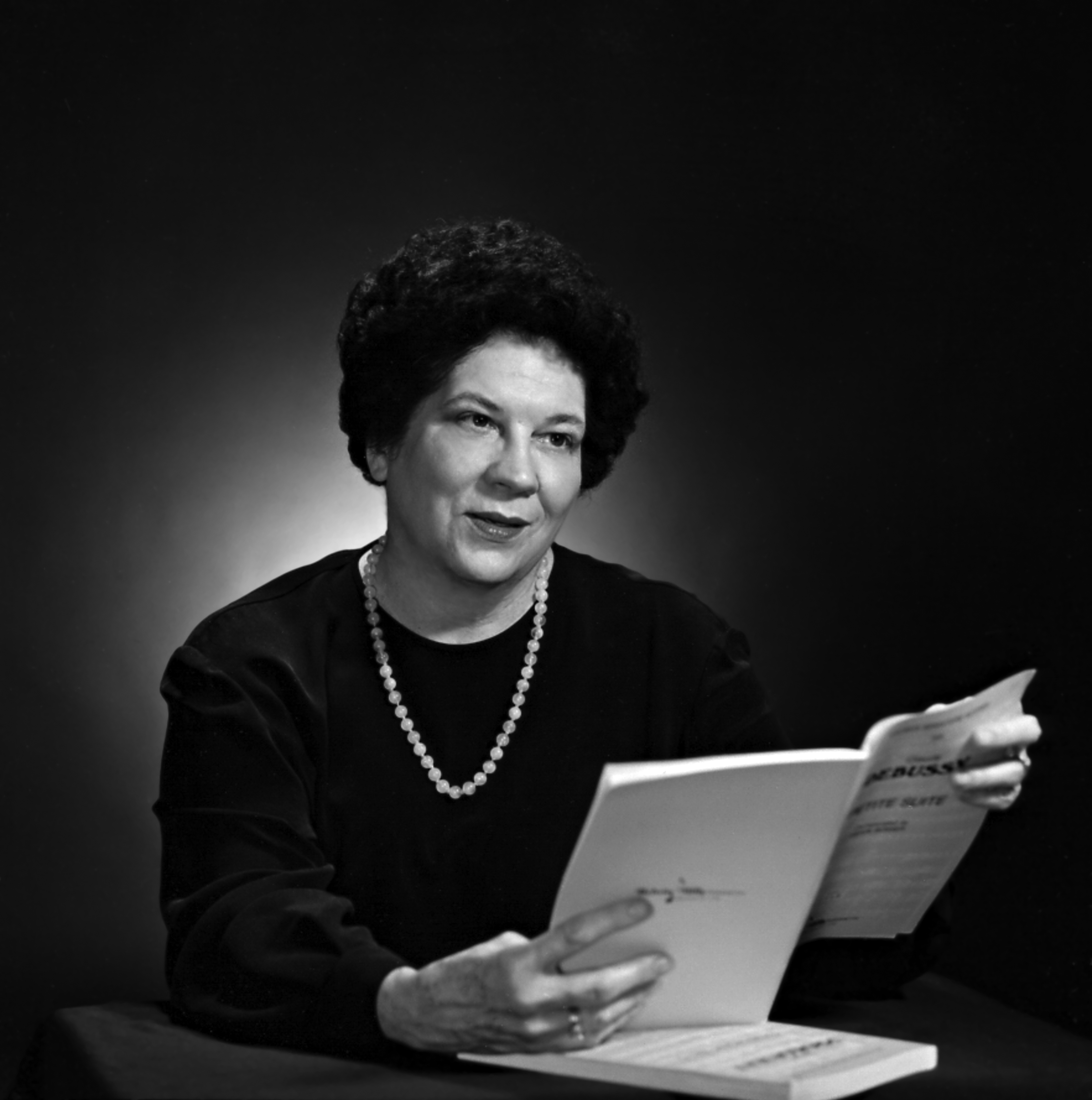 Wilma retired from the music industry in 1964 to focus on raising a family and three years later, the remaining members of the original Mercury Living Presence produced their last orchestral recording – a series of guitar concertos by Los Romeros and the San Antonio Symphony orchestra. Bob continued his work in audio engineering, developing a range of novel techniques for recording and capturing audio and sound for picture production. He passed away in 1982 aged 60, survived by Wilma and their four sons. Wilma then went on to build a successful career in real estate. 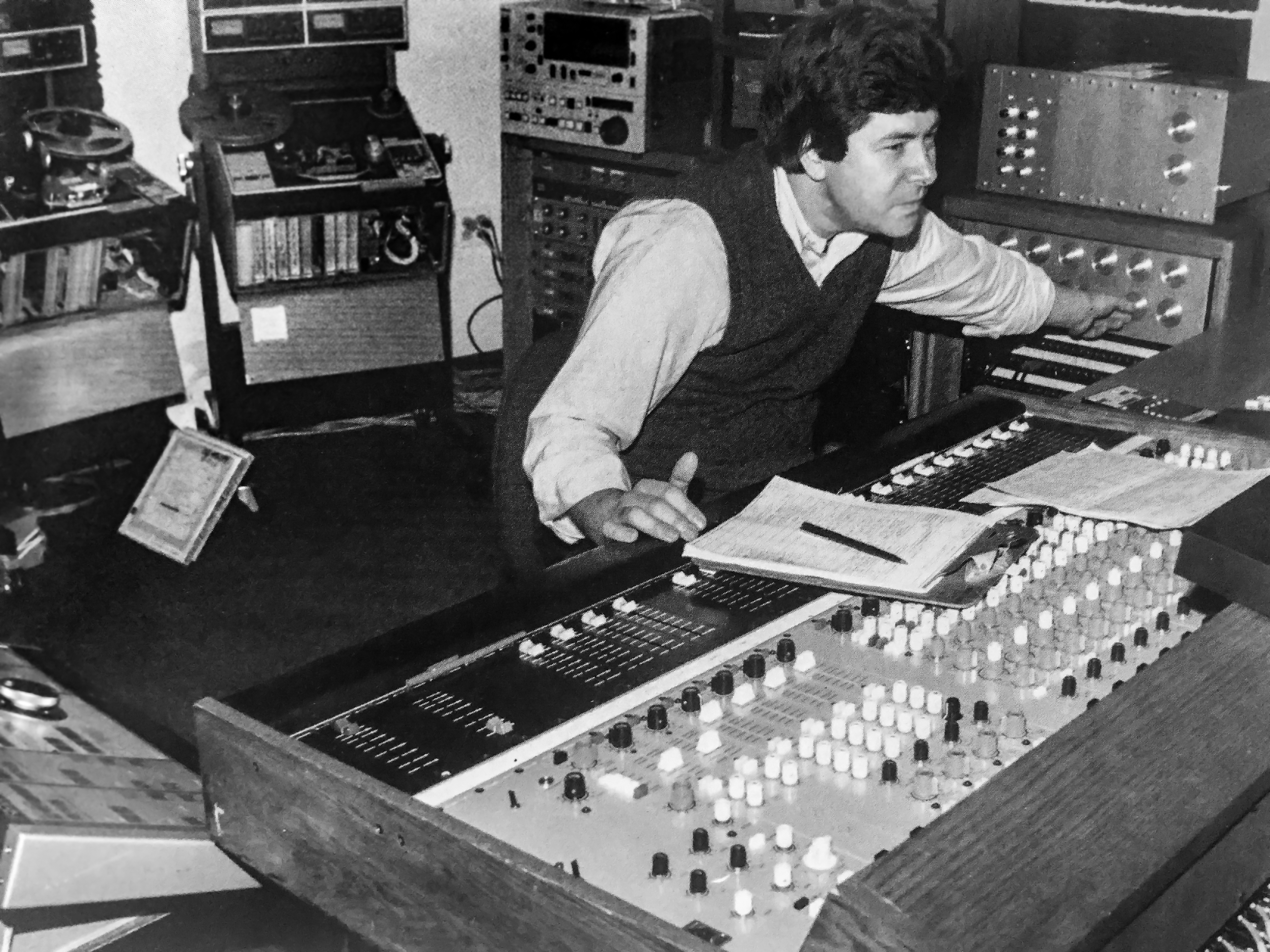 In 1989, Philips – which had taken over ownership of Mercury in the early 1960s – decided to remaster the MLP catalogue for CD and invited Wilma to oversee the project. Working in partnership with mastering engineer Dennis Drake, Wilma exercised the same meticulous attention to detail when working on the remasters as she did during the making of the original LPs. This attention to detail extended to both the remastering process and the tools that she and Dennis used. After trialling several popular A to D converters, she eschewed conventional equipment and opted instead for the brand new dCS 900. 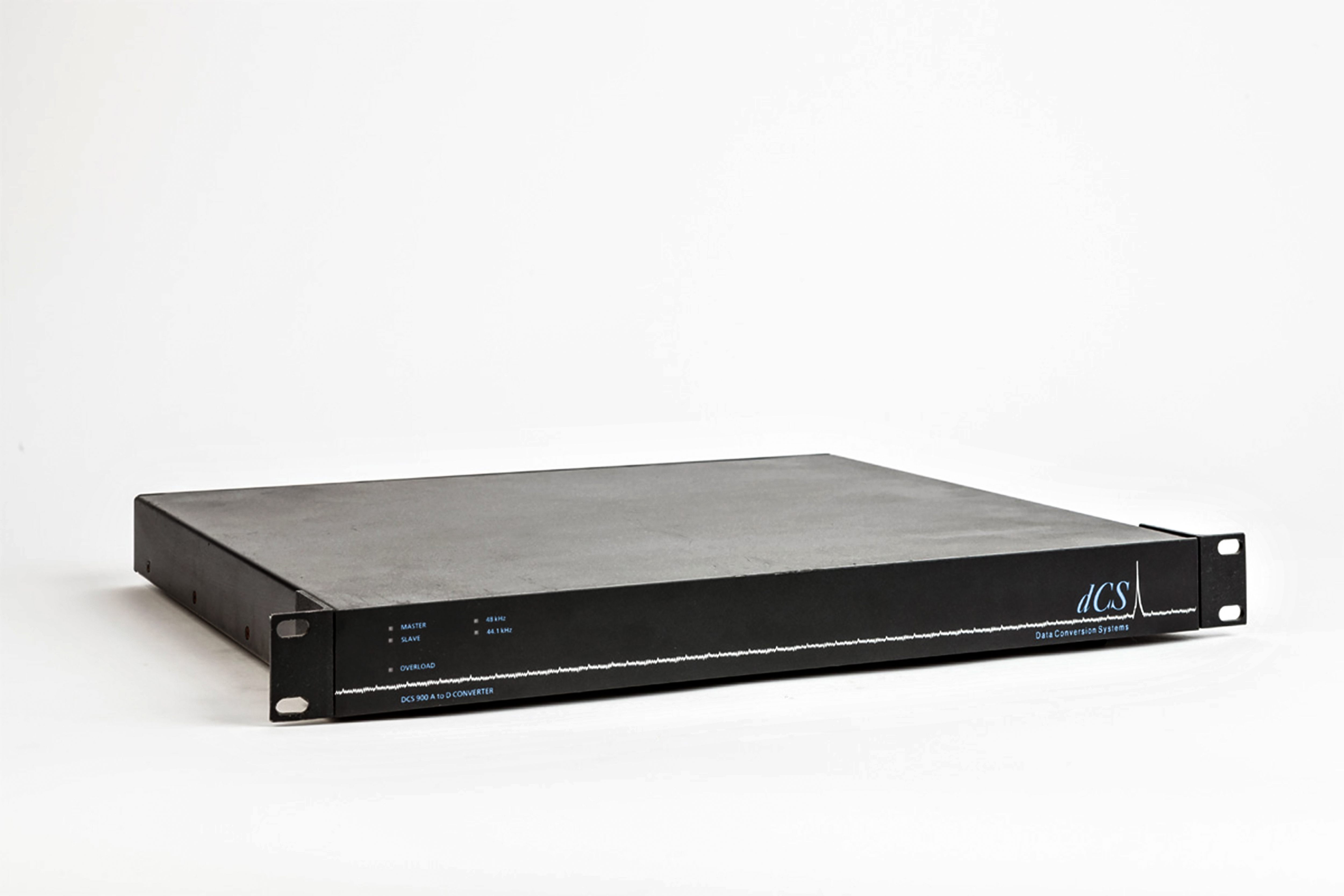 The 900 was dCS’s first audio device. Founded by Oxford University graduate Mike Story in 1987, along with a team of engineers from Cambridge Consultants, dCS started out with a focus on avionics, designing radar systems and signal converters for aerospace companies and military agencies. In the late 1980s, however, the team began exploring how they could apply their novel technologies and expertise to the nascent digital audio sector. Released in 1989, the 900 was the first A to D converter capable of producing 24-bit files (a format that dCS pioneered). Thanks to its unique design, which centred around the use of an innovative circuit known as the Ring DAC (a system that remains at the heart of all dCS products), it was able to convert analogue signals with far greater precision than most converters available at the time, resulting in a more natural, detailed and higher-resolution sound. 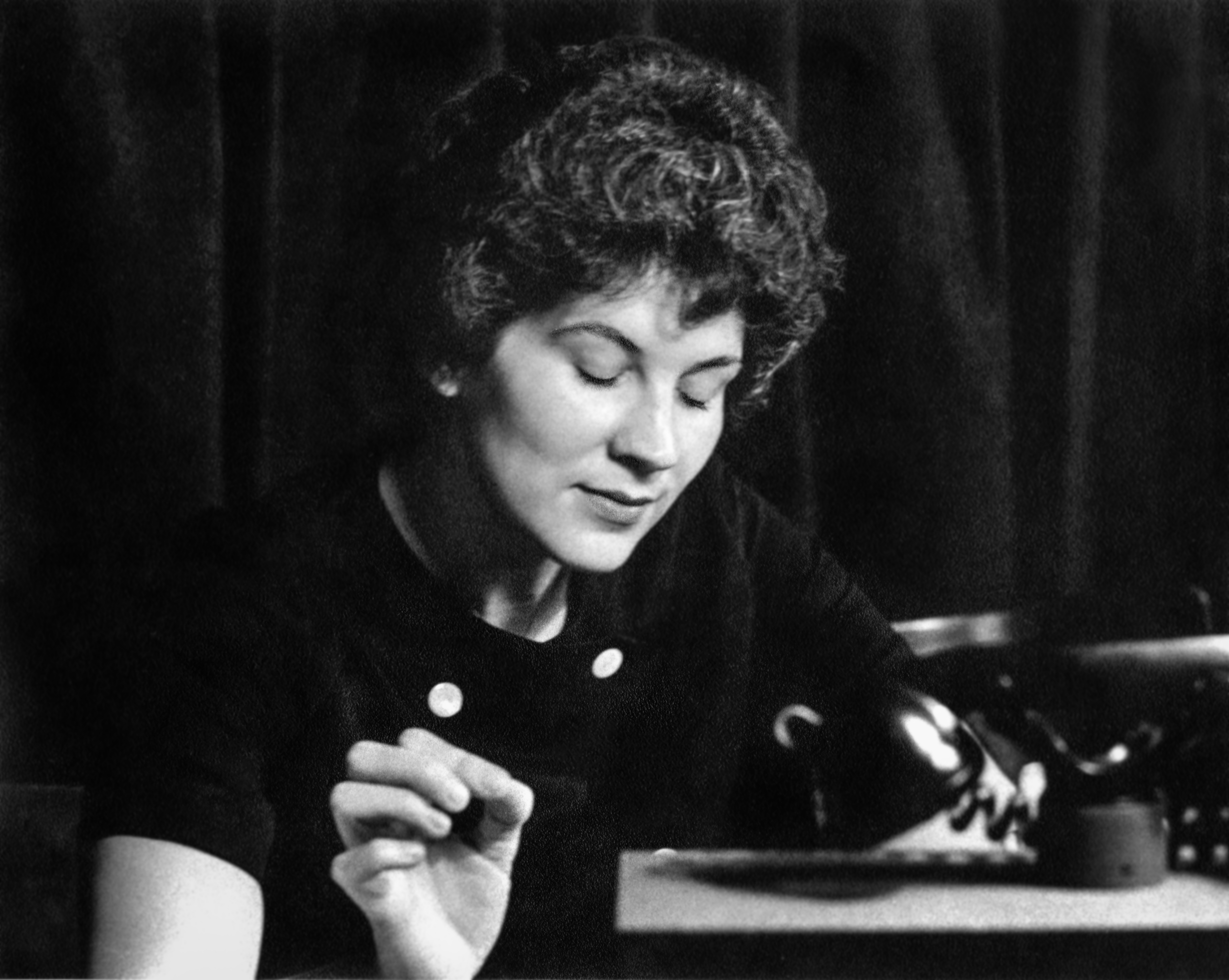 With Wilma’s astute hearing, Dennis’s skilful remastering, and dCS’s groundbreaking technology, Philips was able to bring the Mercury Living Presence catalogue to new formats – and a new generation of listeners – while preserving the magic of the original LPs. The resulting CDs became coveted collector’s items and were beloved by classical music lovers and audiophiles alike for their astonishing sound quality.

This year marks the 70th anniversary of the Mercury Living Presence label. To celebrate, Decca Classics, a division of Universal Music Group, has launched a new programme to release the complete digital catalogue on all major streaming services, as well as re-releasing a number of titles on vinyl & CD.

Over the past few months, we’ve been working in partnership with Decca to document the MLP story and the role that dCS equipment played in transferring the catalogue from the analogue to the digital domain.

Presented by Charlotte Gardner, a writer, broadcaster and author of our monthly Classical Choices series, and produced by journalist and editor Simon Barnett, the podcast charts the history of MLP, from its genesis to the making of the digital remasters and this year’s anniversary celebrations. Through interviews, archive footage and musical excerpts, it examines the enduring influence of Bob and Wilma’s work, the evolution of digital audio, and the innovations that were instrumental in allowing successive generations of listeners to experience the full depth and breadth of the MLP canon. 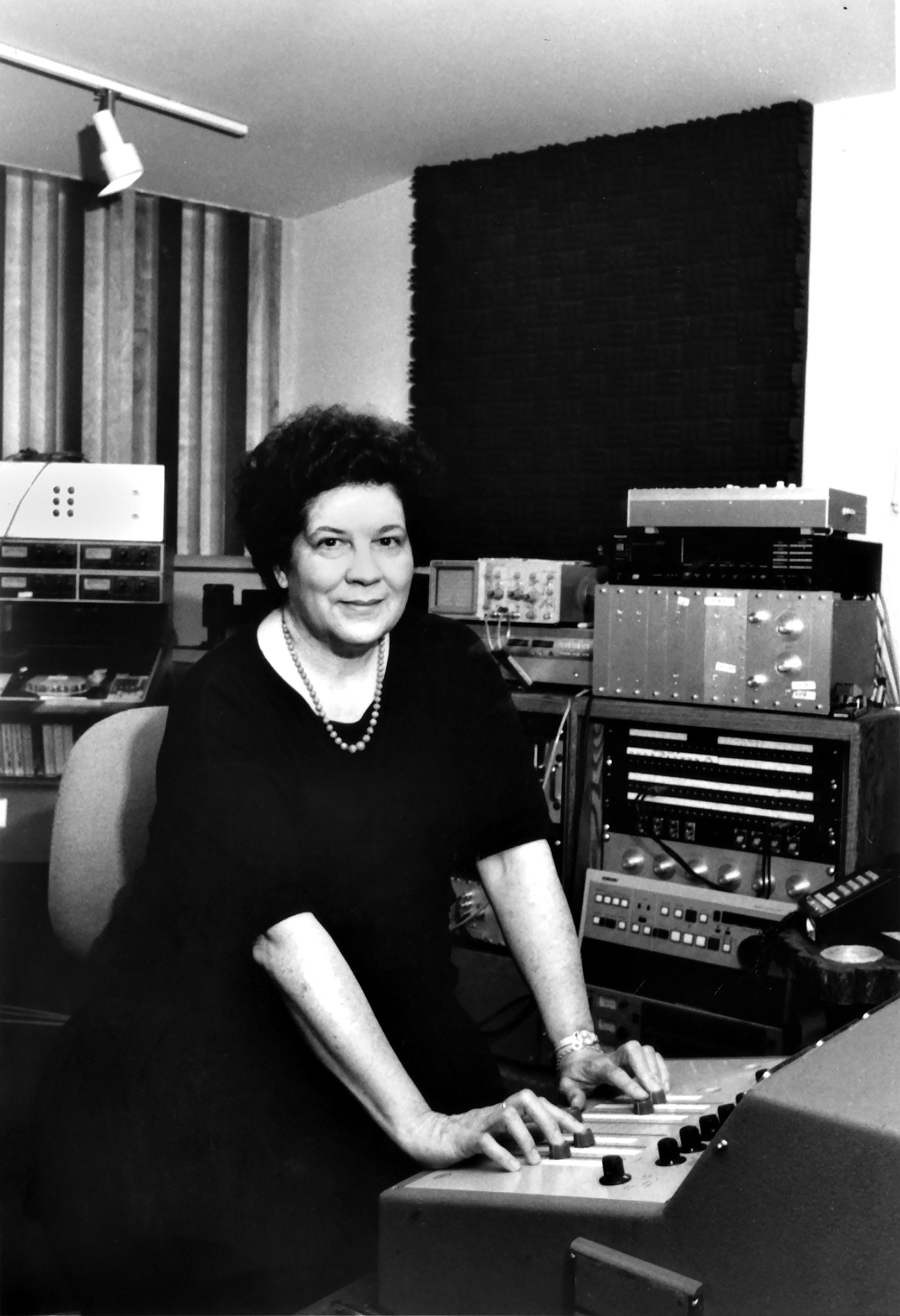 The first episode of the podcast will be available on May 12 and further instalments will be released at two-week intervals. We’ll be sharing each episode on our website and the dCS YouTube channel. You can also listen to the series via Apple Podcasts, Google Podcasts and Spotify.

Alongside the podcast, we’ll be releasing articles and short films delving into some of the topics discussed in the series, from the evolution of MLP to dCS’s early innovations and its move from radar to audio. You can view the first of these films, which features interviews with Mike Gray, Tom Fine and Dennis Drake, below.

With ‘Trust Your Ears’: The Mercury Living Presence Story, we set out to uncover the remarkable stories behind an iconic body of music, and celebrate the skill, dedication and artistry of those involved in its production and preservation. The project reflects our ongoing commitment to celebrating artists, producers and engineers who are dedicated to providing an outstanding musical experience, and our continued efforts to support those artists by developing products and technologies that can faithfully serve their work.

Whether you’re a long-standing fan of Mercury Living Presence, or someone who’s knew to the catalogue, we hope you enjoy listening to the podcast as much as we enjoyed making it and would like to thank Decca and everyone involved in the series for sharing their stories.

You can listen to the podcast here.

And watch Part 1 of our documentary series here.