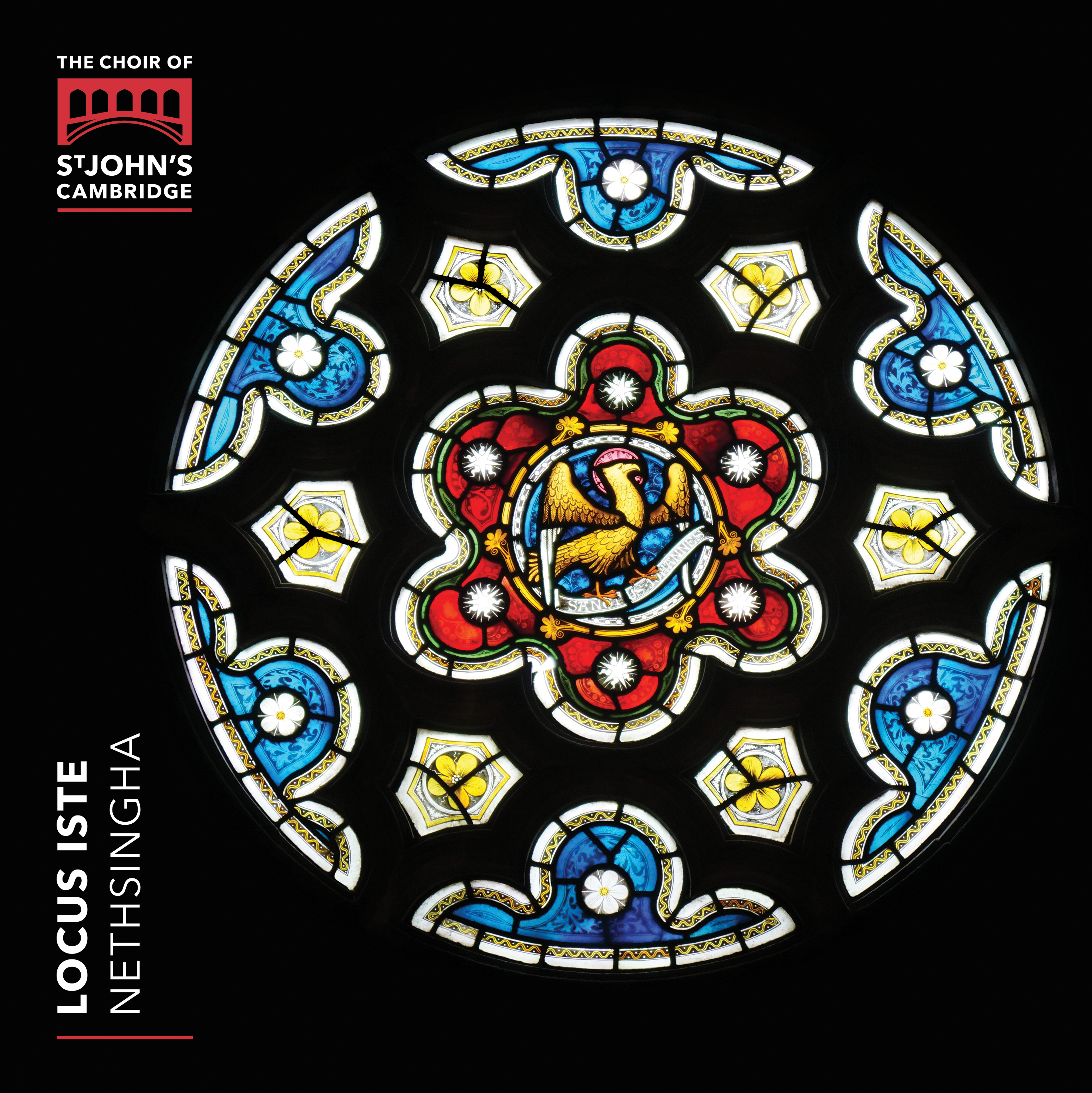 This month's playlist opener commemorates a recent announcement that The Choir of St John's College, Cambridge will soon be admitting girls and women to sing alongside its men and boys for the first time since its foundation in the 1670s.

No other Cambridge or Oxford choir has both men and women, boys and girls singing alongside each other. As the St John’s sound is already one of a very distinctive warmth and humanity, I can’t wait to hear where this development takes it, and indeed what its first recorded fruits will be. In the meantime, it’s the choir’s 2019 album, Locus Iste, that I’ve turned for Classical Choices—specifically, Jonathan Dove’s 'Seek Him That Maketh the Seven Stars'. 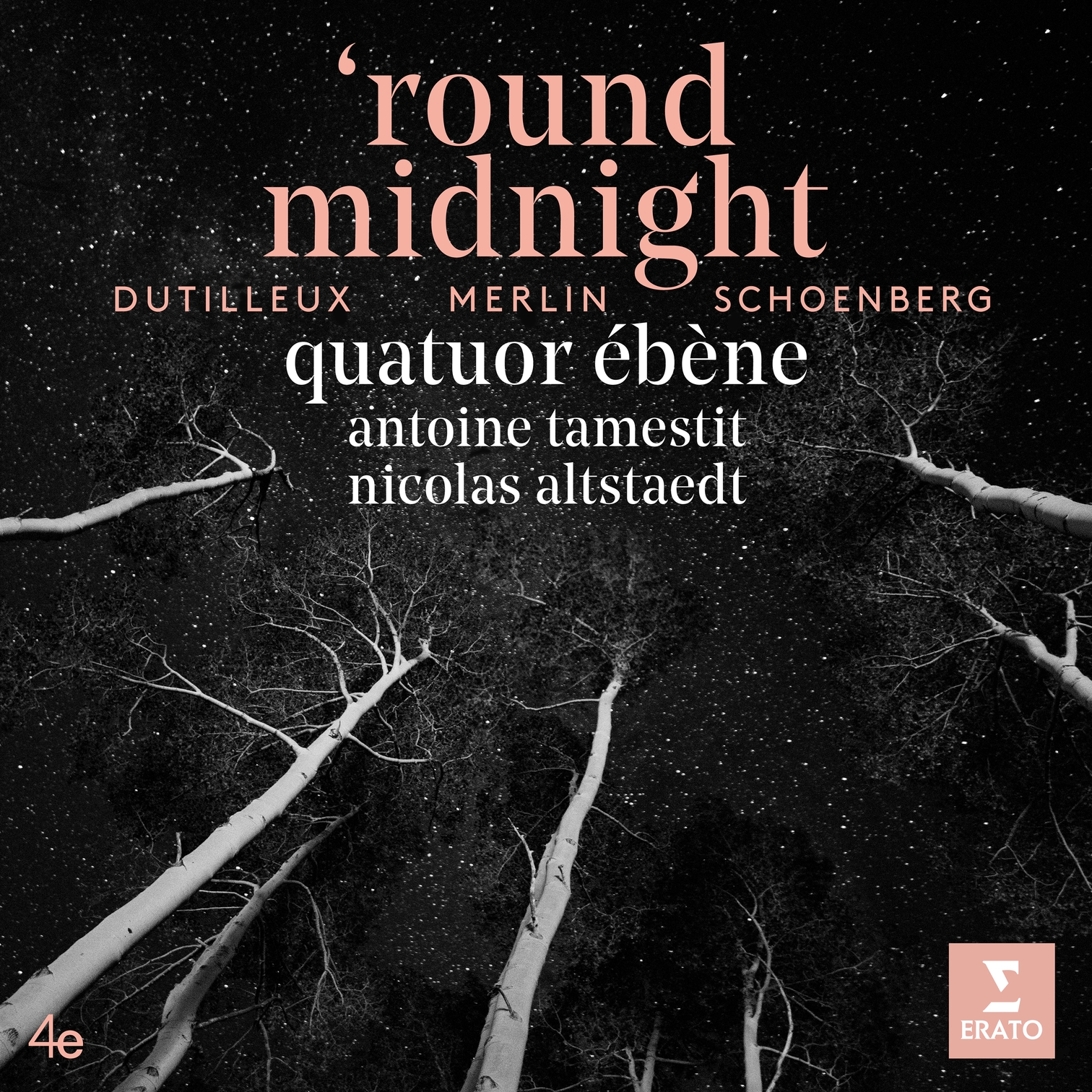 'Is there any situation in life where we listen more attentively?' asks Quatuor Ébène’s cellist Raphaël Merlin of the experience of finding oneself lost in the dark, deprived of the sense that transmits most information to the human brain.

Quatuor Ébène actually performed 'Round Midnight's programme opener—Dutilleux’s 'Ainsi la nuit' pieces of 1976 for string quartet—in complete darkness, at a 2017 concert with their longstanding friend and collaborator, violinist Antoine Tamestit. For this recording, they've partnered with Tamestit and another longstanding friend, cellist Nicolas Alstaedt, and while darkness is a driving theme, you don't need to be shut off from light to find yourself hyper-attuned to each note of these absorbing readings.

Here, the Dutilleux's seamlessly running succession of night-themed sound experiments are realised in a showstoppingly vivid panoply of lucid-textured multi-colours, with the Ébène’s trademark luminous directness and intensity of tone glowing with even whiter heat than usual. There’s a distinct jazz feel to the phrasing; indeed, that’s right where Merlin’s own 'Night Bridge' string sextet takes us next, with Tamestit and Altstaedt melting seamlessly into the ensemble sound and psyche.

Incorporating four night-themed jazz standards – ‘Moon River’, ‘Night and Day’, ‘Stella by Starlight’ and ‘Round Midnight’ – 'Night Bridge' is inspired both by Dutilleux’s declarations of admiration for Sarah Vaughan and Ella Fitzgerald, and by the similarities between the Hollywood soundtracks of a certain Broadway style, and the luxuriously textured high lyricism heard in Viennese School music just before Schoenberg tipped it into atonality (which happened soon after his 1899 sextet, 'Verklärte Nacht'—the same work that completes Round Midnight's programme).

If that melding of musical influences weren’t enough of a bridge in itself, Night Bridge’s introductory chord mirrors that of the Dutilleux, while its closing ‘Lever du jour’ movement—discombobulatingly eerier and more foreboding than its ‘daybreak’ title had suggested—turns out to pre-echo the doom-laden presentiment with which the 'Verklärte Nacht' walk through the woods begins. The latter gripping reading comes with a timbral range that harks back to the Dutilleux, and I’m not sure I’ve ever heard its ‘Mit Dämpfer’ section played with such heartbreaking, tender-voiced fragility.

I've given you 'Night Bridge' for this month's playlist, but snatching it from between the Dutilleux and Schoenberg is making me feel like such a murderer that I must urge you in the strongest terms to follow up by seeking out the whole album, and hearing this work as it's supposed to be heard. 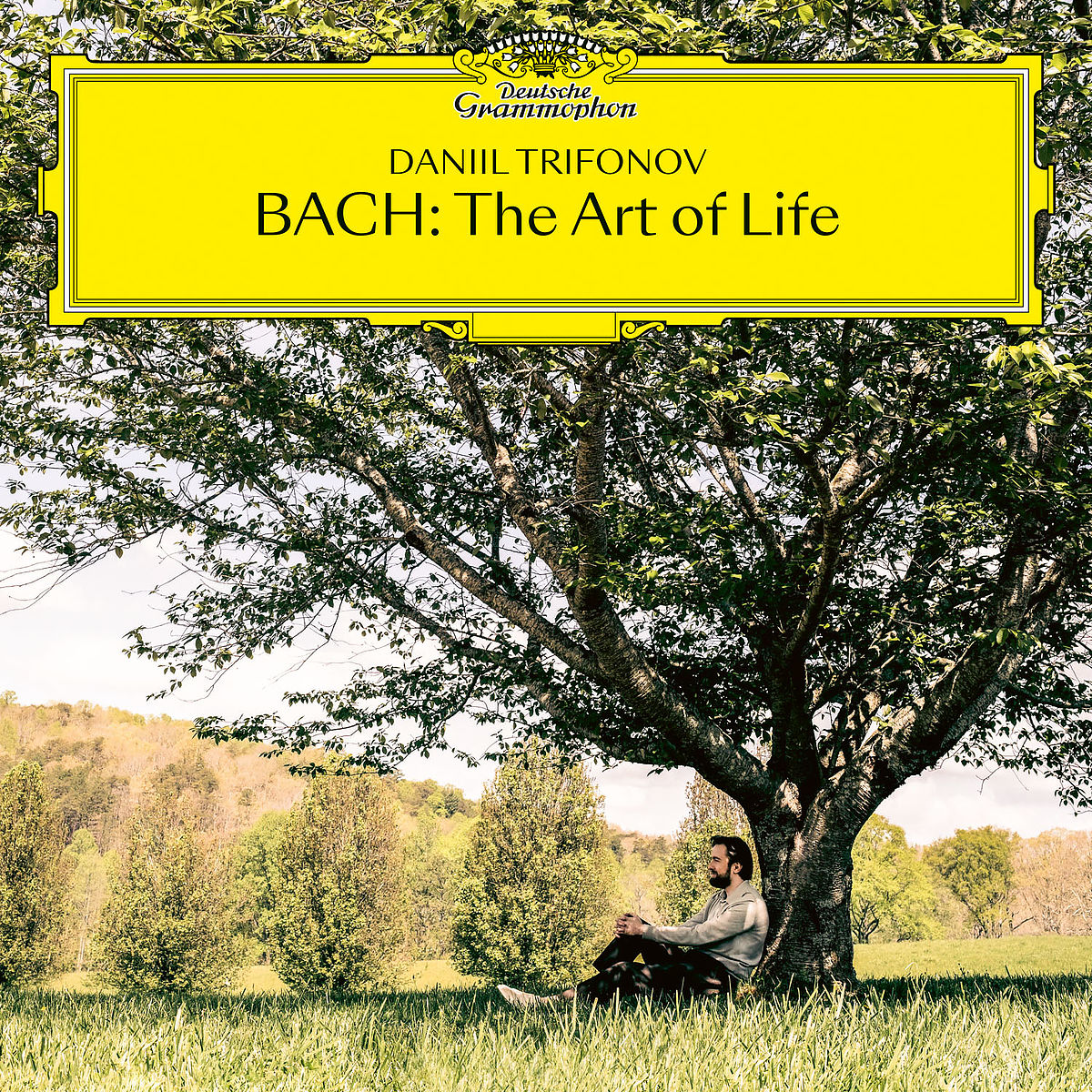 Bach: The Art of Life – Daniil Trifonov on Deutsche Grammophon

Daniil Trifonov’s previous albums have focussed on Romantic repertoire, but in recent times, he’s also dangled some tantalisingly enjoyable JS Bach-shaped treats into his recorded mix. There was Rachmaninov’s piano transcription of Bach’s third Partita for Solo Violin, which he tucked between Rachmaninov’s Second and Fourth piano concertos on Departure in 2018. Then, one of the highlights of last year’s Virtual Verbier Festival: a specially filmed performance of The Art of Fugue, Bach’s exploration of the contrapuntal possibilities of a single theme via 14 fugues and four canons in the same key. Certainly the signs were there that a larger Bach-shaped recorded offering was in the offing and now, here it is, with The Art of Fugue sitting as its centrepiece.

As you'd expect, a huge amount of thought has gone into this generous double album’s programming. For starters, it presents not just a portrait of JS Bach himself, via his own works and others’ transcriptions of them, but his musical legacy, through selected works by his four composer sons. It also sees Trifonov assuming the role of composer, offering his own respectful completion of The Art of Fugue’s final contrapunctus, which Bach died before completing.

It's into the sunnily delicate, Classical-era melodicism of Bach’s youngest son, Johan Christian (1735-1782, nicknamed the ‘London Bach’ on account of his adopting London as his home) that Trifonov first drops us, singing his Sonata No 5 in A major Op 15 with tender-toned, jewel-like clarity. From there, he makes a dramatic gear shift to poetic E minor melancholia for a Polonaise from Bach’s eldest son, Wilhelm Friedemann (1710-1784), a highly gifted keyboardist, composer and improvisor who appears to have had personal difficulties, and died in poverty after years of erratic employment.

A later highlight is Brahms’s transcription for the left hand of the famous solo violin Chaconne in D minor – an arrangement that’s arguably more in tune with the original than the popular two-hand Busoni one, given that it presents the pianist with a similar technical conundrum to the one that the original’s sophisticated polyphonic writing presented to a solo violinist.

Sensitively voiced, lucid-textured, and with its gradual build-up of texture and intensity expertly handled, it’s brilliantly placed, because it's right after the Chaconne, with the resonance of its dark, final chord still sounding in our heads, that Trifonov has placed The Art of Fugue, also in D minor. It's yet another deftly shaped and cleanly defined reading, over which Trifonov marries lightly worn yet dazzling pianistic technique with thoughtful poeticism, while constantly moving its musical argument forwards. 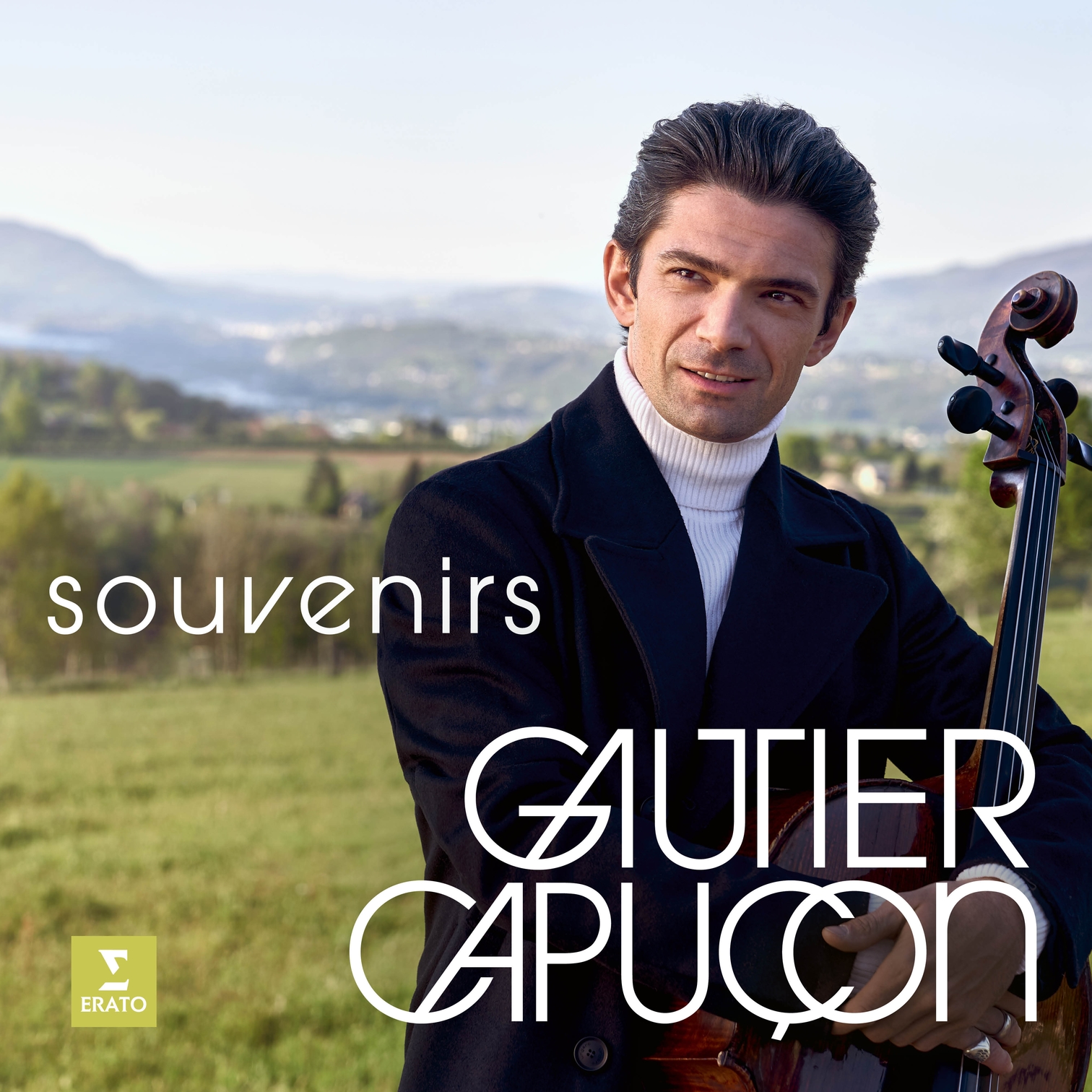 ‘Souvenirs’ may sound like a retrospective – and the second two thirds of this box set are indeed selected highlights from his twenty years of recording with Warner/Erato – but the main event of this three-disc album marking Gautier Capuçon’s 40th birthday is both brand new and very beautiful: his first ever solo cello recording, featuring works by Bach, Kodály and Dutilleux, plus an encore in the form of a piece written for him by one of his former cello pupils, Spanish cellist-composer Javier Martínez Campos.

The first thing to say about this stylistically wide-ranging recital, titled 'Solo', is how sensitively it’s been captured by the engineering: vivid but not overly close, and faithfully realising both the breadth of Capuçon’s colouristic and dynamic range, and every gorgeously glowing inch of that mahoganied tone he draws from all registers of his 1701 Goffriller. It’s as polished and sensitive as Capuçon’s playing.

Speaking of said playing, Bach’s Cello Suite No 1 in G major comes via a reading that’s alive to its dance roots and capacity for song, and to every level of its architecture. Gracefully tucked in ornamentations are employed sparingly, and his unforced, slender-voiced lyricism is as effective in faster movements such as his airy Courante as it is over the smooth rise and fall of his Allemande, or the longer-breathed poetry of his Sarabande.

On to Kodály’s blisteringly virtuosic, Hungarian folk-redolent Cello Sonata of 1915 – the first major solo cello statement to be written since Bach’s suites. While it's Capuçon’s lyric qualities, colouristic and dynamic range, and capacity for powerful, piercingly direct tone and folky oomph that you instantly notice, there's another key ingredient to this multi-faceted, by turns moving and exhilarating reading’s dramatic tautness: Capuçon’s absolute faithfulness to the score’s constantly shifting blizzard of dynamic and articulation markings. Also, the technical command that has him dispatching even the thorniest of Kodály’s virtuosic demands with clean-edged class. The fusion of tension and beauty across his central Adagio is spellbinding.

The Trois Strophes sur le nom de Sacher by Dutilleux, with whom Capuçon worked, are equally compelling, and Martínez Campos’s Orient-inspired Ambre Cello makes for a fiery finish. The other two discs of past recording highlights have plenty of enjoyable moments of their own, including the treat of Kreisler’s Marche miniature viennoise with his violinist brother Renaud Capuçon and their sister Aude on piano, from an album not globally available on streaming platforms. That said, I can’t help but feel that a brand new recording as noteworthy as Solo deserved to be released, well, solo - not tucked into a greatest hits box set.