This month's pick of new classical releases features an evocative concept album from Theotime Langlois de Swarte and Tanguy de Williencourt, a fascinating pairing of Brahms and Gernstein piano quartets from the Mariani Klavierquartett, and a Berg programme from Michael Tilson Thomas and the San Francisco Symphony Orchestra, along with our archive choice - a 1963 recording of Britten's The Young Person's Guide to the Orchestra

Britten: The Young Person's Guide to the Orchestra, LSO/Britten on Decca 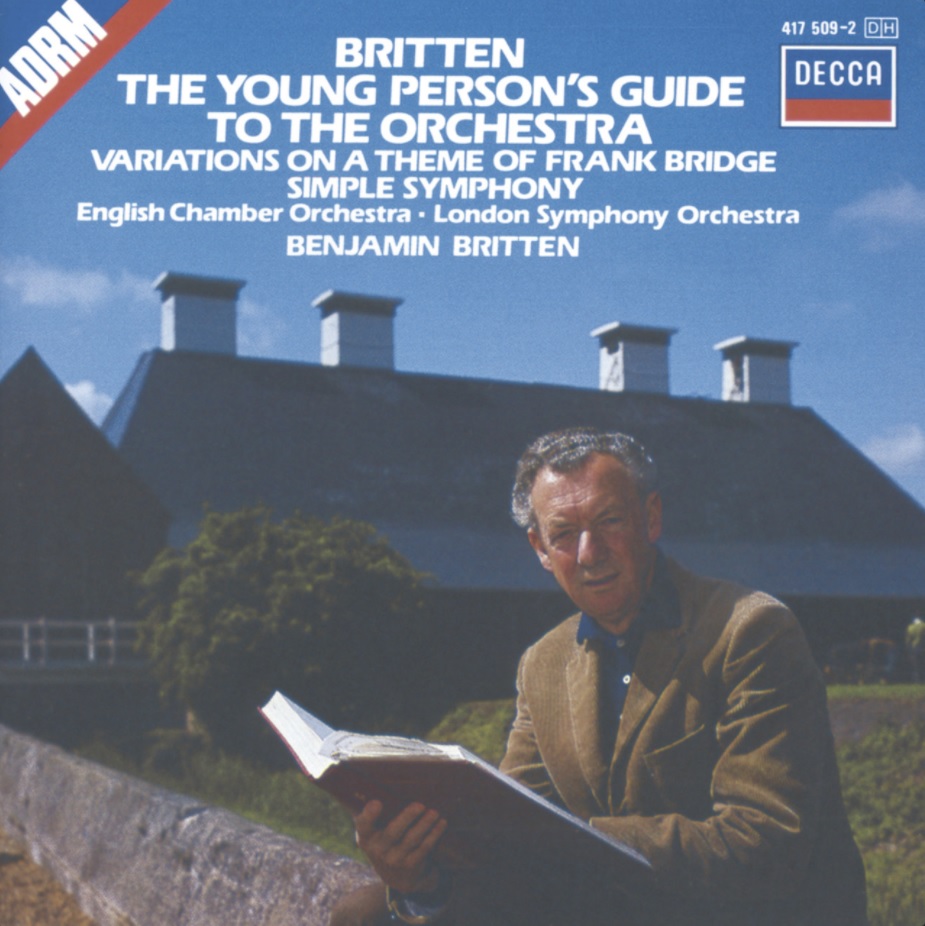 This month, Sir Simon Rattle and the London Symphony Orchestra performed their first concert to a live audience in fourteen months, following the May 17 reopening of the UK's concert halls.

I was there, and it was an unforgettable evening. The atmosphere was absolutely joyous – the overhead announcer had barely uttered, 'Ladies and gentleman, welcome back to the Barbican' before the hall erupted into prolonged applause – but it was what happened onstage when Sir Simon raised his baton that I'll be replaying in my head for years to come.

They'd chosen to open with Britten's The Young Person's Guide to the Orchestra: a work that opens with the full orchestra playing a famous theme by Henry Purcell, after which a series of variations introduce us to its individual instrumental sections one by one, before everyone joins together for a glittering, slowly crescendo-ing fugue on a theme by Britten himself, at whose triumphant, thundering climax the brass majestically reintroduce the Purcell theme as Britten's own continues to whizz and pop around it like a musical fireworks show.

That final fugue, lasting a mere 2 minutes and 45 seconds, was the first piece of classical music that properly blew me away, aged ten. (It's a wonder that I didn't wear my little cassette tape down to complete oblivion with all my rewinds.) Thirty years on, it's lost none of its tingle factor, and I don't think there could have been a more magnificent and celebratory work for the LSO to have welcomed us back with.

While I was of course excited about the prospect of hearing a live orchestra for the first time in well over a year, nothing could have prepared me for the sonic experience it turned out to be. The air vibrated with such a technicoloured and tangible sound that it felt as though you might actually be able to reach out and touch it.

Never had the flutes sounded so dewily three-dimensional, the cello pizzicato so plump, or the harp so stringily golden. When the first violins were slurring in their upper registers, it sounded like luminous rainbows being spun in the air. I've never done drugs, but I suspect the heightened sensory awareness of that afternoon came as close to an artificial high as I'll ever get. In honour of this splendid occasion, I'm opening this month's playlist with the London Symphony Orchestra performing The Young Person's Guide to the Orchestra, recorded in 1963 in London's Kingsway Hall under the baton of Britten himself.

Barely has the ink dried on the enthusiastic reviews of Théotime Langlois de Swarte's debut solo album – a London and melancholy-themed Baroque programme with lutenist Thomas Dunford titled Mad Lover that I reviewed here last December – than this fast-rising young French violinist gives us yet another solo recital. This latest offering is an entirely different proposition. Partnering this time with pianist Tanguy de Williencourt, Langlois de Swarte takes us back to 1907 Paris, recreating a concert hosted and programmed on July 1 that year by Marcel Proust at the Paris Ritz, in honour of Figaro magazine's then editor, Gaston Calmette.

Contents-wise, Proust's concert featured the celebrated pianist Eduard Risler, his fellow pianist Marguerite Hasselmans (a prized pupil of Proust's musical hero, Gabriel Fauré) and violinist Maurice Hayot, who performed a fascinating cornucopia of different styles and centuries. Works by composers ranging from Couperin to Chopin and Schumann were heard sometimes in their original form, and other times via transcriptions suited to the occasion. As for atmosphere, it was a Romantic-spirited and quietly intense programme tailor-made for artistically curious Belle Époque intellectuals who wanted their late evening relaxation to come with plenty to chew on.

"Their sensitive partnering and the overall balancing of parts is faultless"

Langlois de Swarte and de Williencourt's modern recreation thoroughly drops the listener into that world. Take Liszt's piano transcription of Wagner's Isoldens Liebestod, whose long, taut build-ups of tension followed by transcendental releases are expertly sculpted and coloured here by de Williencourt. Or the way that Wlliancourt - rejoined by husky-toned Langlois de Swarte - seamlessly rolls Wagner's concluding peace over into Hahn's L'Heure Exquise, in a deft bringing off of Proust's own skilful programming.

Sitting at the programme's centre is Fauré's restless, Schumannesque Violin Sonata. Langlois de Swarte brings a beautiful cool fluidity to its opening Allegro, as he sails its anxiously forwards-pushing, rising lines, while Williencourt brings pearly definition to every note of his own virtuosically brilliant accompaniment. Both here and across the programme, their sensitive partnering and the overall balancing of parts is faultless. Which brings me to talk of the instruments: in a delectable period touch, Langlois de Swarte swaps his usual 1665 Jacob Stainer violin for the sweet and bright-toned 1708 'Davidoff' Stradivarius (appearing here in its first recording since being brought back to playing condition by the Musée de la musique), complemented by Williencourt on a ravishingly soft and clear-voiced 1891 Érard.

Add intimate, immediate capturing that puts you in the front row seat, without being uncomfortably under their noses, and it all adds up to an album of such beauty and organic flow that cherry-picking just one track for a playlist feels akin to an act of murder. Still, given that's my job here, I've given you the Fauré Violin Sonata. 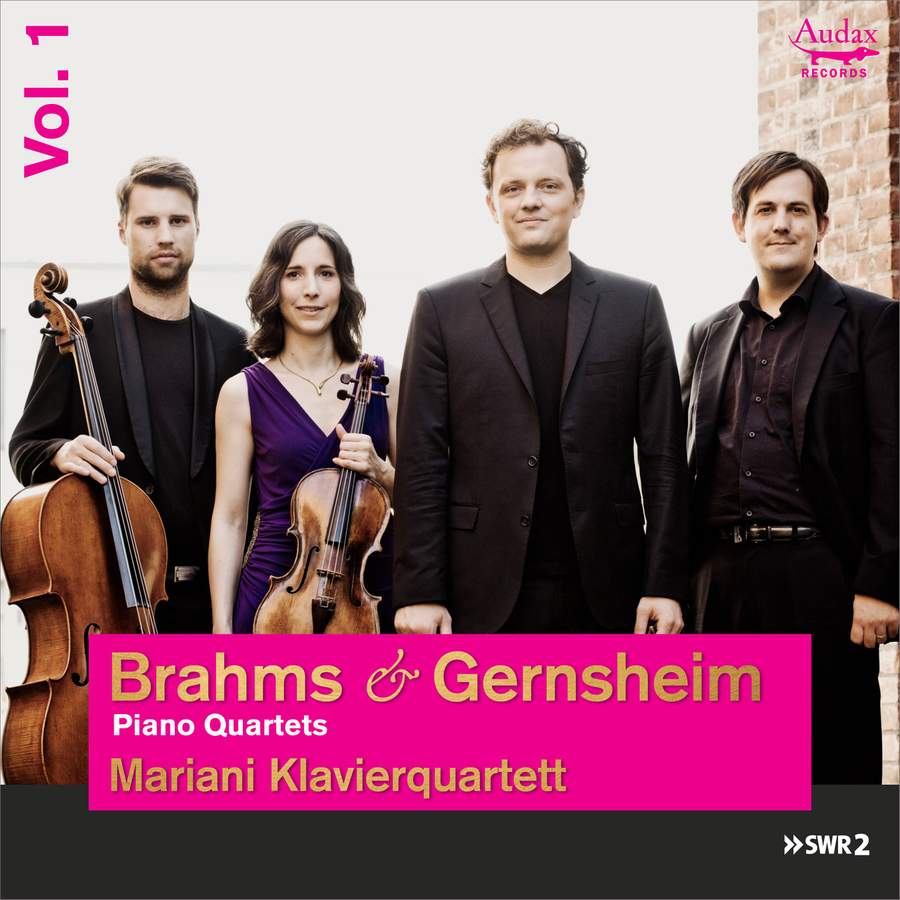 We move from a recording on period instruments, to one whose initial bars of Brahms's famous G minor piano quartet represent such an explosion of tactile colour that it's hard to believe that the Mariani Kalvierquartett are on modern rather than gut strings. However they are, in what is a stupendous debut on Audax, and the first installment of a series that it's impossible now not to be very excited about, presenting Brahms's piano quartets alongside those of his now-forgotten friend, the pianist, conductor and composer Friedrich Gernsheim.

One of the earliest champions of Brahms's German Requiem, Leipzig-trained Gernsheim got around over the course of his career. He spent several years in Paris, where he met Rossini, Saint-Saëns and Lalo; held important positions in places including Berlin and Cologne; and counted the likes of Mahler and Strauss among his music's admirers and conductors. At least some of his music's posthumous neglect can be attributed to the anti-Semitism that was building in Europe following his death in 1916. As for his musical language, it's not entirely dissimilar to that of his more famous friend: the same warm, late Romantic world; similar gifts for long-breathed lyricism and folk music evocations; also similar tricks with time, such as his flits between triple and duple metre.

It's clearly not Brahms, and ultimately, it doesn't quite hit the same heights of quality, but - through the Marianis' deftly articulated and shaped performances - it certainly emerges as a perfect, complimentary partner. While the quartet are keen to point out in their engaging sleeve notes that they weren't trying to compare or amalgamate the two, when it comes to the Brahms's concluding paprika-drenched 'Gypsy Rondo', I've never heard the viola and cello's melancholic contrasting episode sound so very Klezmer-esque as it does here through their sultry portamenti. That movement ends with one of the most brilliant and exhilarating concluding presto sections I've yet heard, thanks to their crisp-edged, feather-light, vim-filled speed.

When an album gives us both a Brahms performance representing serious competition to what's already out there, along with the additional fascination of a forgotten voice who mattered a great deal to Brahms himself, it's a must-listen. For this month's playlist, I've given you the Brahms. 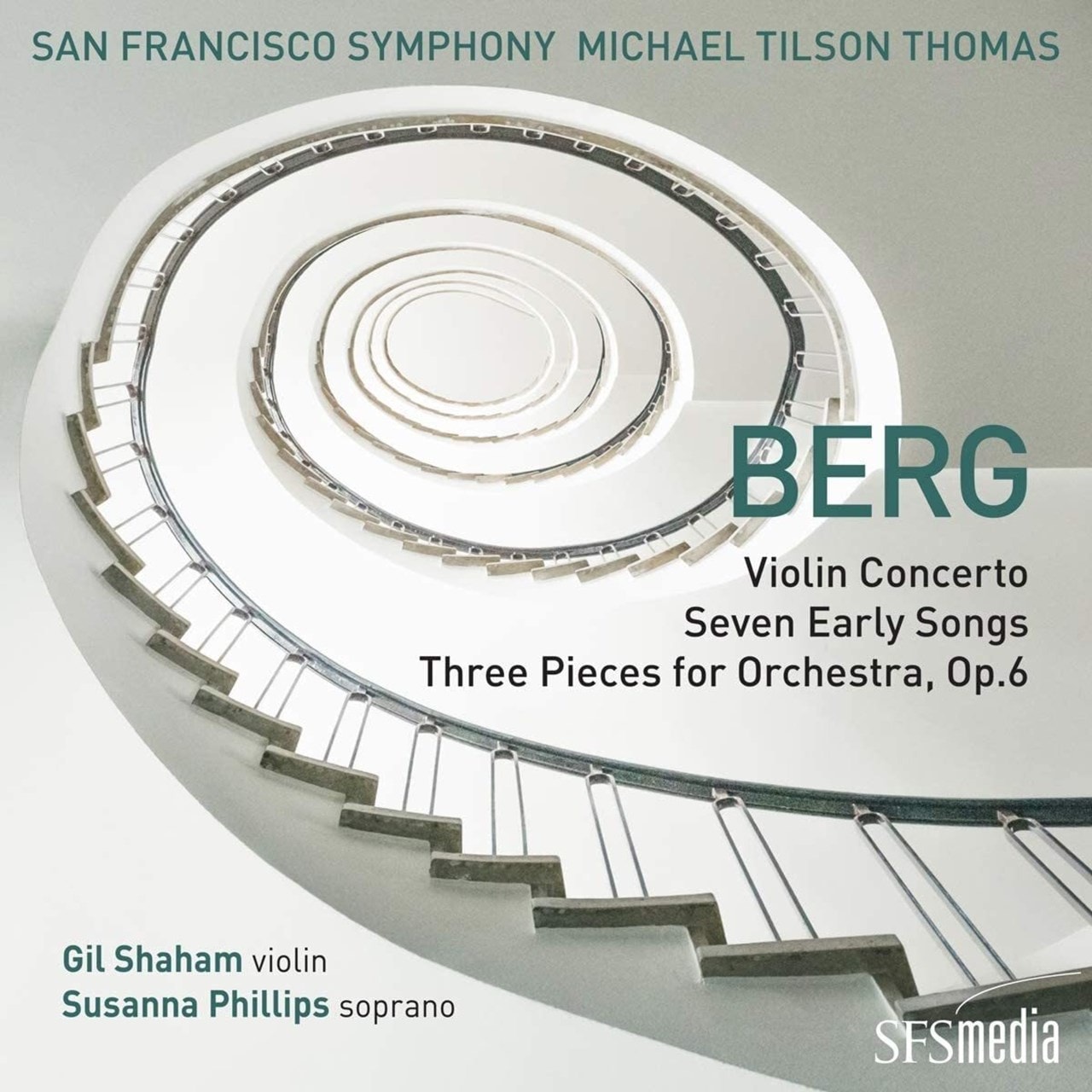 From the perspective of recording quality alone, if you listen to just one of this month's new recordings, then make it this Berg programme from Michael Tilson Thomas and the San Francisco Symphony Orchestra. Recorded live in 24-bit/192hHz high-resolution studio master quality at San Francisco's Davies Symphony Hall in March and November 2018 and January 2015, it presents the Violin Concerto 'To the memory of an angel' with soloist Gil Shaham, the Seven Early Songs with soprano Susanna Phillips, and the Three Pieces for Orchestra Op 6. The clarity and crispness of the capturing is phenomenal, with all three performances leaping out of the stereo, along with the hall itself.

Even better, these are recordings you will absolutely want to have leaping out at you. Tilson Thomas is completely under the skin of all three of these early Second Viennese School works, placing them firmly in language and sensibility terms within the heritage of the first Viennese School. To put it another way, the ghost of Mahler is wonderfully present. Then there are the colouristic and motivic details of the respective scores that he's constantly teasing out, and overall the lucidity of even the widest textures.

The combination of these performances and this audio quality means that you're constantly, wonderfully, being caught off guard by the sheer presence of the instruments. Take the dusky autumnal airiness of the low woodwind, as they dialogue with a compellingly intense Shaham at 8'22” in the second movement of the Violin Concerto – a work composed in 1935 in memory of the 18-year-old daughter of Mahler's widow Alma, adored by Berg, who had recently died of polio.

I've given you the Seven Early Songs here – an ardour-filled cycle composed between 1905 and 1907 as Berg courted his wife, originally with piano accompaniment then later orchestrated – where you can luxuriate in the lucidity Tilson Thomas has brought to its lush, late-Romantic harmonies and shimmering textures, the chamber awareness of the orchestral playing, and the warmly luminous purity and immediacy of Phillips's voice. If you like what you hear as you stream, you may also be interested to know that the album is available as a 5.1 surround-capable SACD.