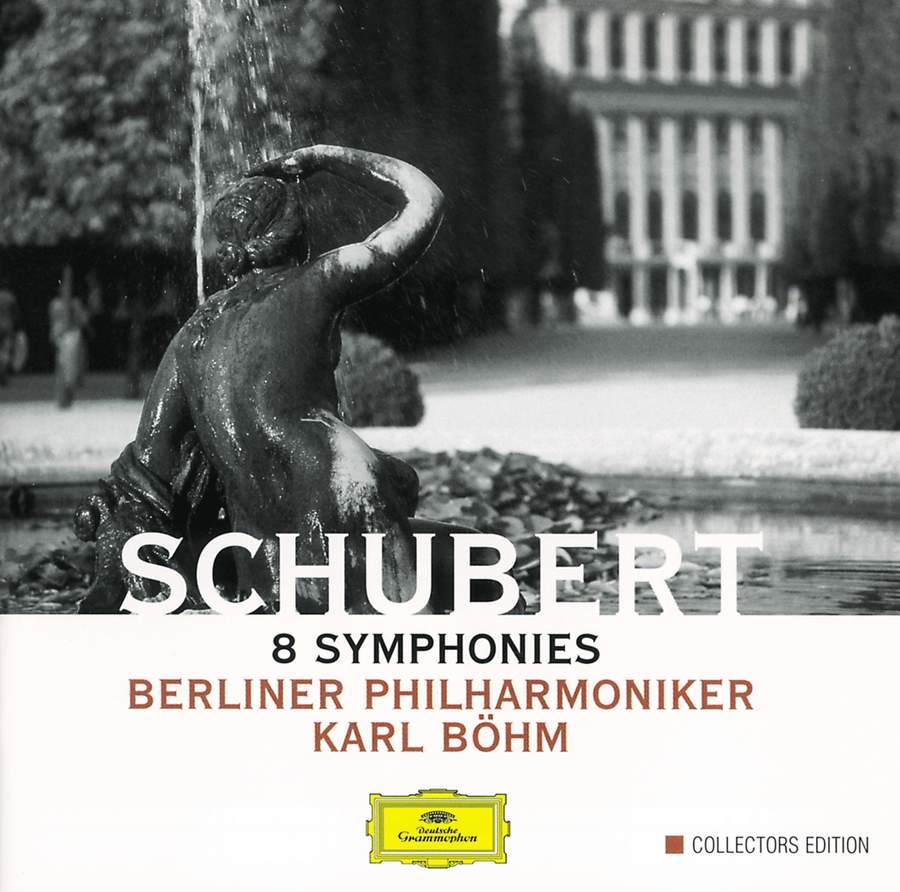 Regular readers of this column might remember that I had planned to honour Schubert's 225th anniversary with last month's archive choice, before opting instead for a recording from the Kyiv Chamber Choir. This month, I'm returning to Schubert, and opening with Karl Böhm and the Berlin Philharmonic’s reading of the first movement of Symphony No. 9.

Captured in Berlin’s Jesus-Christus-Kirche in 1963 for Deutsche Grammophon, it's a vibrant, character-filled, by turns dangerously thundering and joyously singing interpretation of Schubert's work. From there, we leap to the present with new recordings from experimental arts group Manchester Collective, pianist David Kadouch, and Julien Chauvin with his Le Concert de la Loge... 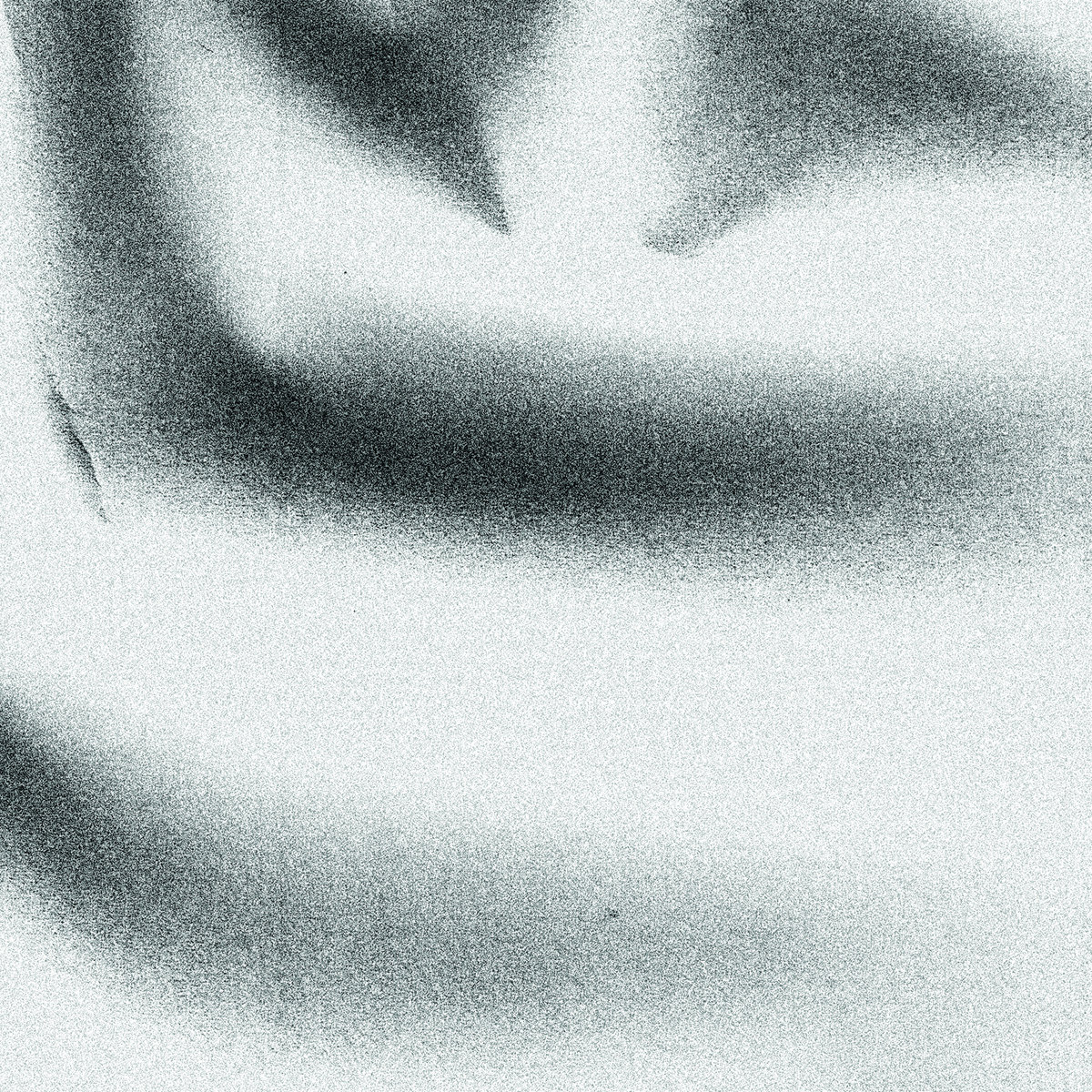 Formed in 2016, Manchester Collective is known for experimental programming and a passion for the new—qualities that were beautifully illustrated last year with the group's acclaimed debut album, which paired the work of two contemporary composers (American minimalist Philip Glass and British composer of classical and electronic music Edmund Finnis) with pieces by Arnold Schoenberg. Their latest offering, Shades, shines the spotlight entirely on Finnis, via his first and second string quartets

String Quartet No. 1 is a five-movement work from 2018. Its starting point was the fourth and penultimate movement, which reflects on William Byrd setting of the Gregorian hymn ‘Christe, qui lux es et dies’, a prayer for light within the darkness of night. The Byrd original marries a comparatively plain, contemplative, rising and falling melody with often rich, often surprising harmonies. Finnis’s response to it, written to the mental image of the setting and rising of the sun, retains that combination of simplicity and harmonic richness. The four surrounding movements continue both those rising and falling contours, and the music’s otherworldly mood.

The four-movement String Quartet No. 2, which Manchester Collective commissioned and premiered, was written in 2021, and takes inspiration from very different material: a collection of rough demo recordings that Finnis made almost 20 years ago, stored on old MiniDiscs which he unearthed during a house move. These recordings provide the concept for the quartet's outer movements, between which sit a flowing second movement (which sounds like a thoroughly modern blend of ancient choral polyphony and 20th century American minimalism) and a slow movement lament.

As for how it sounds, there's plenty to sink your intellectual aural teeth into, couched in old-school beauty with an often intimate feel. To all this, Manchester Collective bring a wonderfully rich, luminous and intense strings sound that is captured with vivid warmth by Icelandic label Bedroom Collective. For this month's playlist, I’ve chosen String Quartet No. 2, followed by a First Quartet teaser in the shape of that aforementioned fourth movement Hymn (After Byrd). 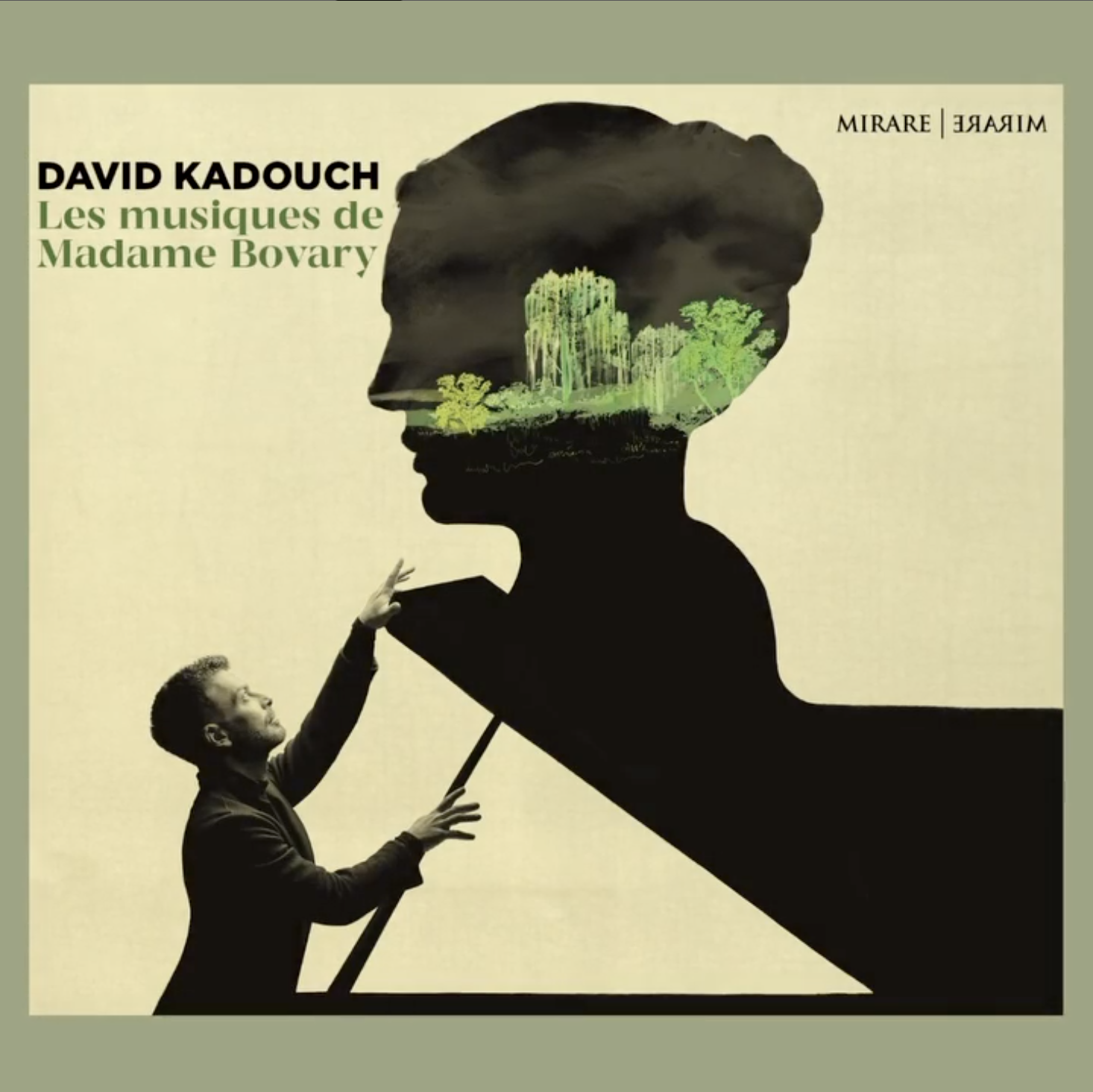 A lot of good has come out of the recent push to recognise and revive history’s overlooked female composers. Polish composer Grażyna Bacewicz (1909-1969), for instance, is finally getting the credit she’s due. Likewise Clara Schumann and Fanny Mendelssohn. However, there has also been a more depressing flip side to this movement—namely, an increase in releases that do not contain entirely excellent or excellently recorded music, and which appear to have been produced with the sole aim of presenting little-known repertoire by little-known women, then waiting for the plaudits to roll in.

Pianist David Kadouch’s Les musiques de Madame Bovary is not one of these releases. Fascinated for years by Flaubert’s 19th century classic, which charts a frustrated young woman’s passage to social ruination, Kadouch has tried to imagine the music that a real-life Emma Bovary might have listened to before failed love affairs and overwhelming debts drove her to suicide.

His resultant programme places the often-forgotten women composers of her time alongside contemporaneous works by Chopin and Liszt (the latter a famously heart-on-sleeve romantic who was no stranger to extra-marital affairs), all to the tune of an overarching question: could Emma Bovary’s fate, her suicide, have been avoided, if these female creators had had the notoriety they deserved?

Everything about Kadouch’s programming and playing sings with intelligence and integrity. Its opening section, for example, represents Emma Bovary’s marriage in May to a country doctor, and the ensuing realisation that her romantic aspirations are a poor fit for the simple monotony of that life: Fanny Mendelssohn’s sparkling, fragility-flecked springtime character piece, Mai; then the strong-willed, flowing Hispanic exoticism of Sérénade by Flaubert’s close friend, Pauline Viardot; then the subtly virtuosic, wistfully singing romanticism of Chopin’s 2 Nocturnes Op. 9, dedicated to the great virtuoso of the time, Marie Pleyel. (Know that my adjectives there relate as much to Kadouch’s playing as to the notes on their respective pages, each piece dovetailing with its predecessor while simultaneously changing the emotional dial.)

Elsewhere, there are further well-chosen Fanny Mendelssohn miniatures, Louise Farrenc’s ten-minute Air russe varié rubbing shoulders with Dohnanyi’s transcription of Bizet’s Coppélia waltz, and Clara Schumann’s Variations on a theme by Schumann rubbing shoulders with Liszt’s Réminiscences de ‘Lucia di Lammermoor’, every piece earning its place on grounds of both programming and musical quality. The Liszt is a highlight for Kadouch’s depth of soft, poetic expression, and his beautifully judged balancing and voicing of its virtuosic crush of complex lines, particularly when it is all too easy to cheapen this one’s bel canto language.

The album is released on April 8—if you're reading this before then, you can find the Viardot Sérénade on a number of streaming services, including Qobuz (see the link to our Qobuz playlist below). If you're reading after that date, I'd recommend listening to the entire opening trio of Mendelssohn, Viardot and Chopin. 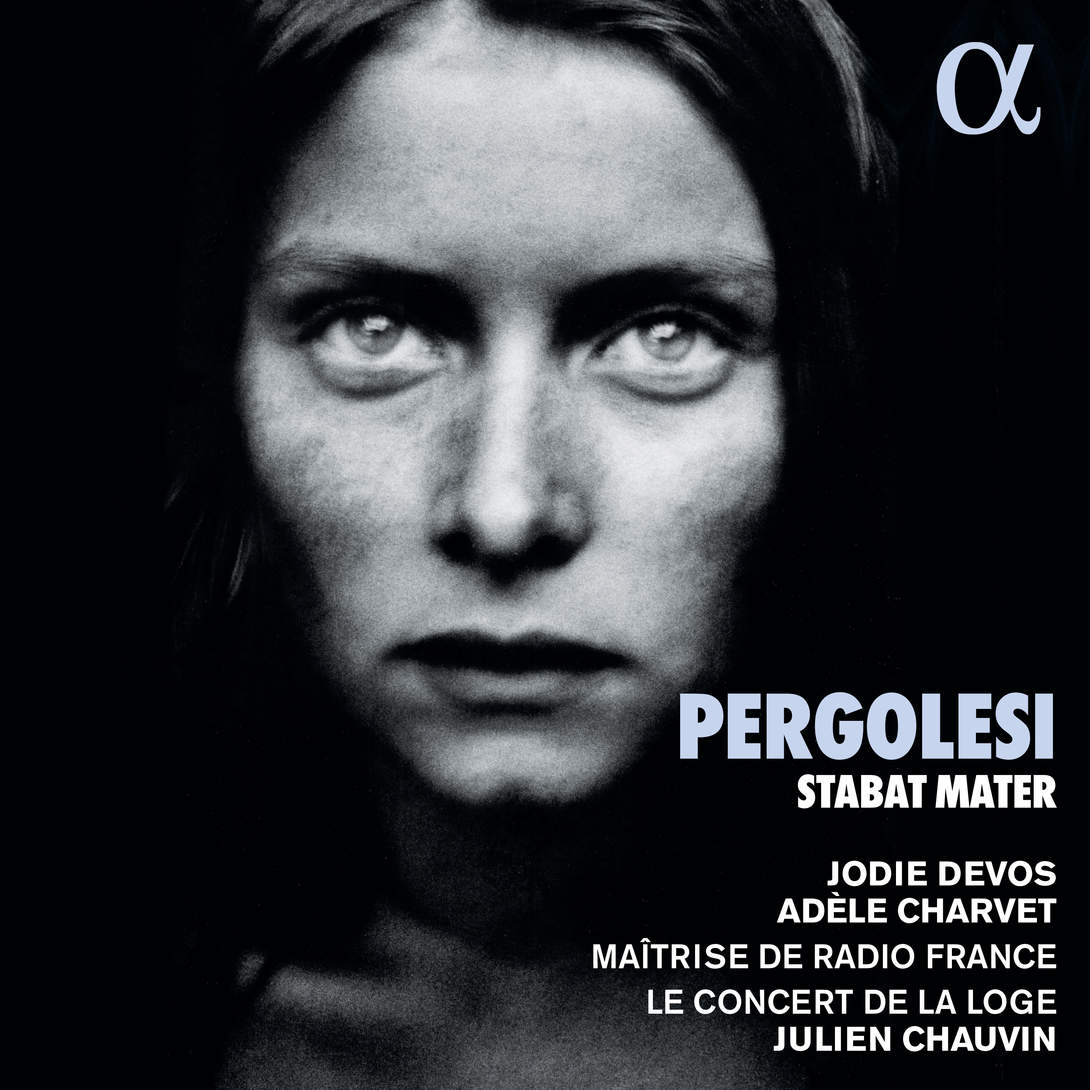 There are a great many settings of the 'Stabat Mater' text, but perhaps none as universally loved as the one penned by Pergolesi in 1736. Its first movement, in which a soprano and mezzo soprano line intertwine to produce successive dissonances portraying the pain of watching the crucifixion, was described by Rousseau as being "the most perfect and touching that has ever come from the pen of any composer". Indeed, while this Passion masterpiece hooked listeners all around Europe (JS Bach himself made an arrangement of it), the 18th century French were certainly up there among its top admirers, with the Concert Spirituel in Paris hosting over 80 performances between 1753 and 1790, in multiple versions, and probably also with a choir.

Now, hold that thought on the choir, because while the many Pergolesi Stabat Mater recordings made over the decades have ticked almost every conceivable instrumental and soloist box, from modern orchestra to historically informed period band, two female voices to female soprano plus male countertenor, you’re much less likely to find a performance featuring a choir, and even less so to find one which switches mid-movement between choir and soloists. The latter approach is what Julien Chauvin has come up with, after consulting manuscripts and editions held at the Bibliothèque Nationale de France. Hence this new reading for Alpha, which brings together soprano Jodie Devos and mezzo Adèle Charvet with the Maîtrise de Radio France children’s choir.

"The singers of the Maîtrise de Radio France feel spot on: natural-sounding, gently expressive, and delivering their carefully-meted-out ensemble embellishments with impressive control and togetherness"

The results are both interesting and convincing. It’s always been worth arguing that the first vocal entries come with more emotional weight when from a choir rather than soloists and here, the singers of the Maîtrise de Radio France feel spot on: natural-sounding, gently expressive, and delivering their carefully-meted-out ensemble embellishments with impressive control and togetherness.

The decisions as to which passages to allot purely to Devos and Charvet make perfect sense. The pair’s richer, vibrato’d tones are pleasingly mutually contrasting in tone and timbre, and provide an attractive foil to the silvery children’s voices. The instrumental accompaniment from Le Concert de la Loge is crisply lucid, and satisfyingly phrased and characterised.

Further on, the decision to take solo passages—although not the soloists’ voices—entirely out of the equation for ‘Fac, ut ardeat cor meum’ lends fresh vigour. Further highlights include Charvet’s warmly sombre reading of ‘Fac, ut portem Christi moetem’. The final cherry on the Passion cake is the decision to follow the Stabat Mater with Haydn’s La Passione symphony, written in the same key for performance probably on Good Friday. I’ve chosen the opening ‘Stabat Mater dolorosa’ and ‘Fac, ut portem Christi moetem’, followed by the Haydn’s Presto final movement, for this month's playlist.