This month’s pick of classical music includes a joyous Brahms cycle from Herbert Blomstedt and the Gewandhausorchester Leipzig, a celebratory Weber programme from the Konzerthaus Orchester Berlin, and strikingly fresh readings of Kodaly and Dvořák, plus an archive recording from pianist Martha Argerich, who celebrated her 80th birthday on June 5

'Chopin: Polonaise No 6 in A flat major op 53 - "Heroic"' from Chopin: The Legendary 1965 Recording by Martha Argerich on Warner Classics 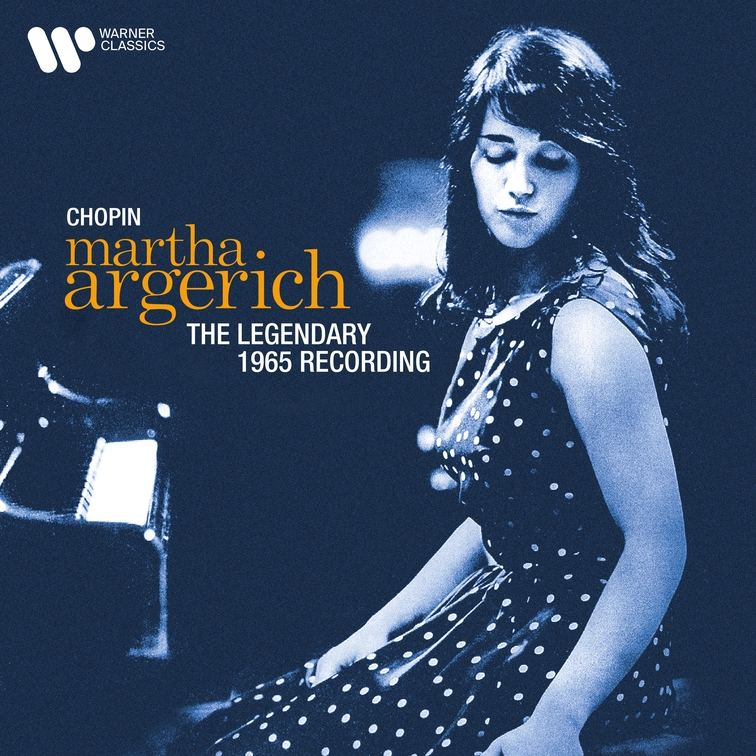 The phrase 'living legend' is used rather too often these days, however with Martha Argerich, it is entirely apt. The pianist's performances are imbued with just as much freshness now as they were when she first shot to international fame in 1965, as the 24-year-old winner of the International Chopin Piano Competition in Warsaw, and she remains every bit as in command of her musical technique.

In honour of Argerich's 80th birthday, Warner Classics has released a Chopin recital recorded at Abbey Road Studios, shortly after her 1965 competition win. Due to the terms of her commitment with another company, the recording wasn't released until 1999, and this particular edition sees it fully newly remastered from the original tapes in HD 192kHz/24-bit.

For this month's playlist opener, I've selected Chopin's Polonaise No 6 in A flat major, op 53 – an edge-of-the-seat reading displaying all the technical facility, physical power, interpretative poetry and sense of emotional risk-taking that were to become Argerich's playing hallmarks.

If you would like to read more about Argerich, you can find a beautifully written article by my Gramophone colleague Tim Parry in the magazine’s June issue. 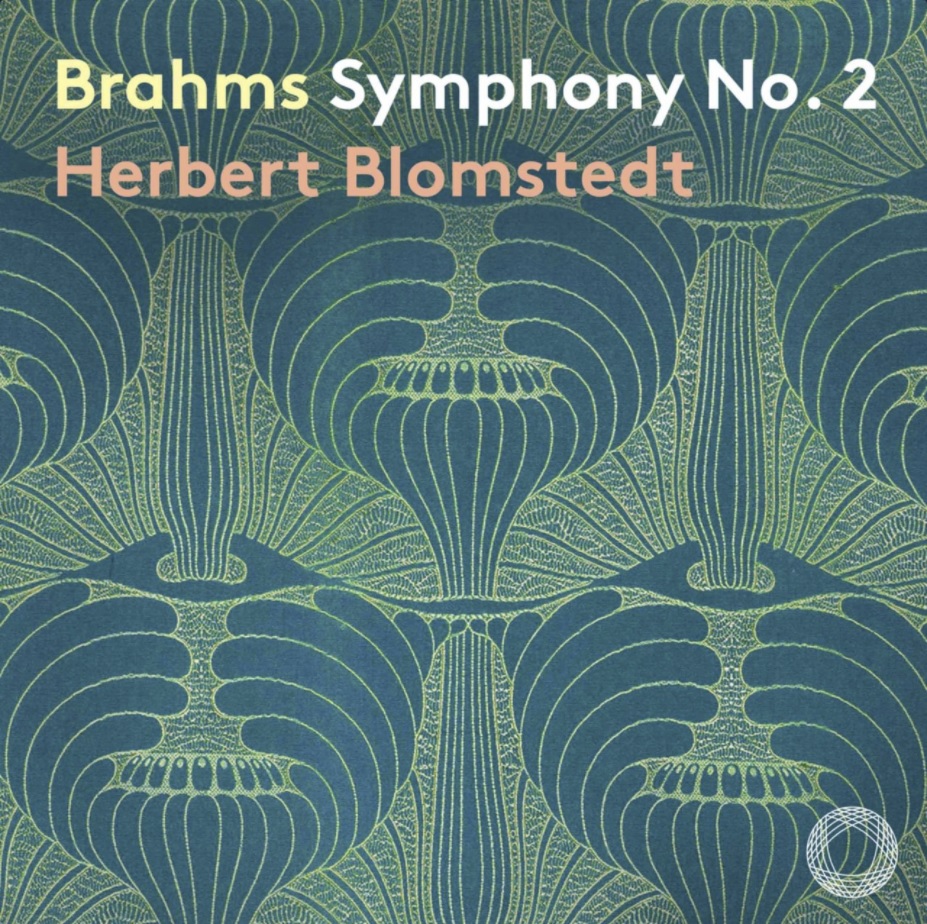 At 93, Herbert Blomstedt shows no signs of slowing down (his pre-Covid schedule had him conducting between 80 and 90 concerts a year) - and long may this remain the case, when he is coming up with the sorts of life-affirming performances heard on his current live-recorded Brahms symphony cycle with the Leipzig Gewandhaus.

This second instalment, pairing Brahms' Second Symphony with the Academic Overture, is a dazzler. The symphony itself has a marvellous energy, organicism and flow to it, with the Gewandhaus playing as if there were no tomorrow. But perhaps the greatest surprise is that the following Academic Overture then goes and tops it.

Composed in 1879 when Brahms was in his mid 40s, this overture was a gesture of thanks to the University of Breslau, for an honorary degree it had just bestowed on him. While the lofty academics were honouring Brahms as "the leader in Germany of music of the more severe order", what Brahms gave them was perhaps the most deliciously irreverent orchestral work he ever wrote: magnificent in its scale and grandeur, scored for one of the largest orchestras he'd ever use, and with its four contrasting sections essentially resembling a mini symphony, but with its raw melodic material in fact an operetta-style medley of student drinking songs.

"This is a performance that fully delivers on the overture's spine-tingling moments of magisterial might and nobility, while also being fully in with Brahms on the joke"

Back to Blomstedt and the Gewandhaus, and I'm not sure I've ever heard this work played with such high-octane electricity. While that's partly because Blomstedt hasn't hung around with his tempi (it comes in at a relatively sprightly 9'58”), it's not just a question of speed, as you'll hear if you compare it to the Gewandhaus's earlier greyhound-esque 9'23” reading with their former chief conductor, Riccardo Chailly.

Instead, it comes down to the fact that this is a performance that fully delivers on the overture's spine-tingling moments of magisterial might and nobility, while also being fully in with Brahms on the joke and the joy: the knowing wink and whisper of volatility to the tense opening scurries; the clever momentary hesitations before the excited forwards propulsion resumes; the way its smoothly lyrical pockets just sail through the air; the sheer warmth of its personality, and the way the whole is paced as a gradual crescendo of youthful jubilance. Blomstedt's love for and knowledge of Brahms just radiates out. Of course, the final joke, as the coda based on the song '"Gaudeamus igitur" (While we are young, let us rejoice)' builds towards its final sharp, chordal bangs, is that this most glitteringly ecstatic and crisply twinkle-toed of readings has a nonagenarian at the helm – an irony that Brahms himself would surely have relished. Clearly, it's the Academic Overture I've selected for this month's playlist. 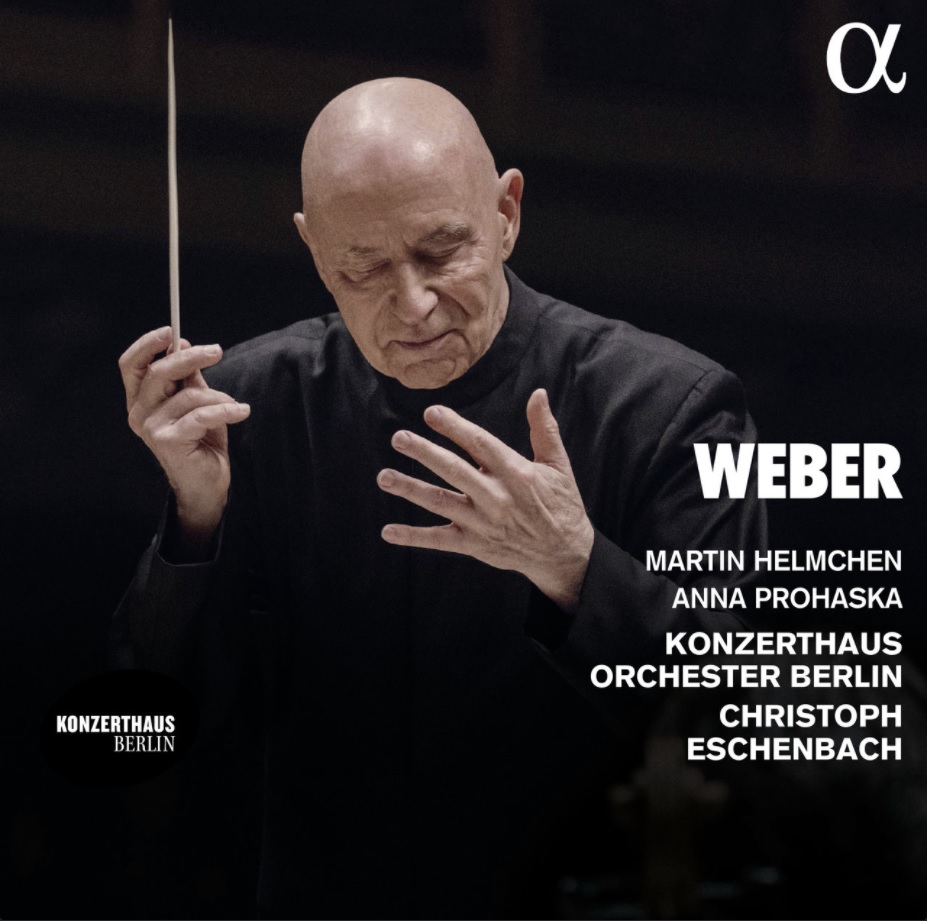 Two 200th birthdays were the starting points for this celebration of Carl Maria von Weber (1786-1826) from the Konzerthausorchester Berlin and its principal conductor, Christoph Eschenbach. First, the inauguration on May 26, 1821 of the orchestra's base: originally the 'Königliches Schauspielhaus', then the 'Preußisches Staatstheater', before it was destroyed during the Second World War, and now the Konzerthaus since its 1984 reopening. Second, the June 18, 1821 premiere of Weber's Der Freischütz, one of the highlights of that inauguration year, and with the added personal significance for 81-year-old Eschenbach of being the very first opera he saw, aged ten.

The resultant programme is a chocolate box assortment of fizz-filled works showcasing Weber's flair for storytelling: three overtures, including Der Freischütz complemented by two of its arias, plus the Konzertstück in F minor for Piano and Orchestra – an unusual single-movement programmatic piano concerto whose separation and reunion-themed storyline depicts a lady pining for her knight fighting in the crusades, whose sorrow turns to joy as she spots him returning to the castle with banners flying.

As for the performances themselves, the whole thing is a sparkling, finesse-filled romp: crisply rendered, lucid-textured, bristlingly vim-filled orchestral playing that's high on dynamic contrast and colouristic detail, and palpably alive to the music's theatre and early Romantic spirit. The soloist performances provide the icing on the cake, and it's two of these that I've picked for June's playlist: the deliciously gothic ghost story aria 'Einst traumte meiner sel'gen Base' from Act 3 of Der Freischütz, uniting soprano Anna Prohaska's rich, bright tones and fluid delivery in a phenomenal duet with a sprightly and ardent, chestnut-toned solo viola; then Martin Helmchen as the Konzertstück's poetic soloist, dashing off its virtuosities with effortless, crystalline brilliance. 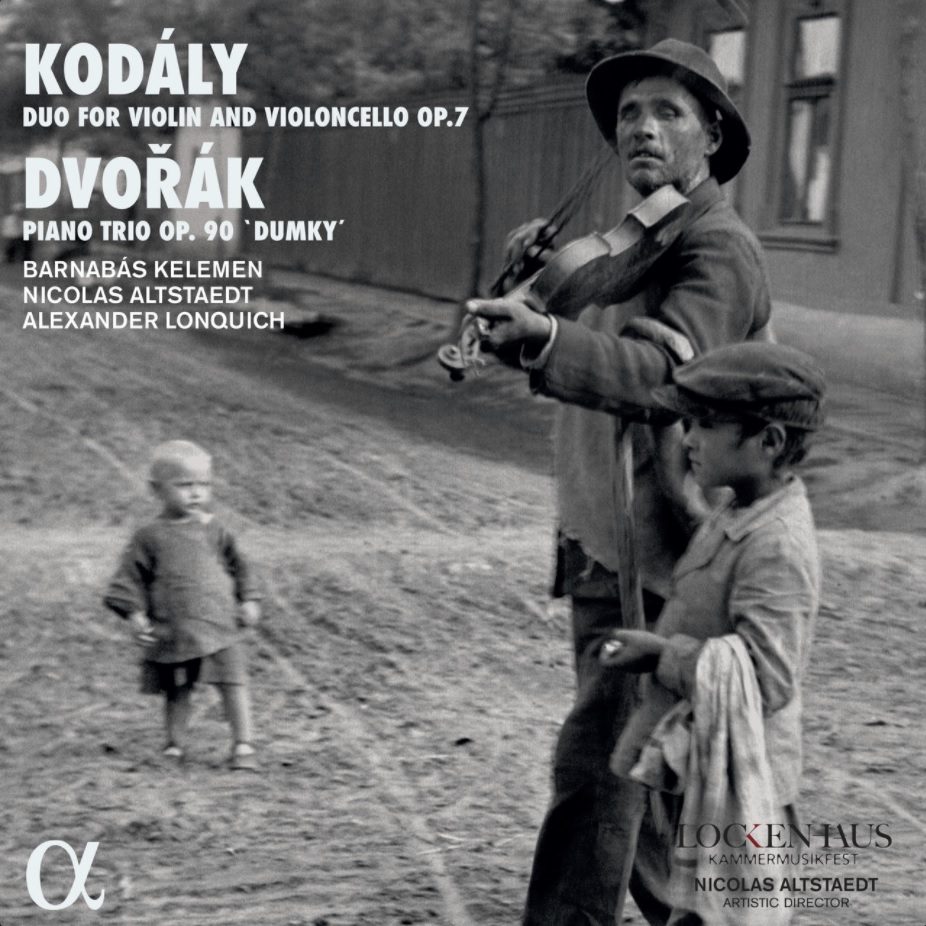 Alpha Classics and Austria's Lockenhaus International Chamber Music Festival launched a brand new partnership in 2020, under the artistic direction of cellist Nicolas Altstaedt. Their first collaboration – an intriguing pairing of Bartók's early Piano Quintet of 1904 with a barely-known String Trio written 50 years later by his pupil and fellow folk music enthusiast Sándor Veress – was superb, receiving awards from both Gramophone and BBC Music Magazine. While that was an undeniably tough act to follow, their latest offering is every bit as ear-grabbing.

Continuing the central European theme, and once again featuring violinist Barnabás Keleman and pianist Alexander Lonquich as Alstaedt's chamber partners, this latest programme presents Dvořák's famous '"Dumky" Piano Trio no 4' (1891), named after a genre of Slavonic folksong associated with blind wandering minstrels who accompanied themselves on the Kobza or bandura (twelve-string lute), paired with Zoltán Kodály’s equally folk-influenced 'Duo for violin and cello' (1914). It's the Kodály that acts as the curtain-raiser, and it makes for a high-impact start, with Altstaedt and Keleman hurling themselves at their initial double-stopped explosions before segueing into lighter, more lyrical whimsy territory. The range of colours, textures and moods, and the red-blooded folk passion they bring to the work's succession of different sonic landscapes, makes for a non-stop compelling listen.

That slightly untamed folkiness remains as Lonquich joins them for a warmly seductive, rubato'd reading of the Dvořák, over which the wistful moments are especially keening. The folk dances merrily threaten to run completely riot, cheeky violin portamenti slides between notes create further folk-flavoured pepper, and dynamic and tempo contrasts are often strongly pronounced. The overall effect is so unusually folkily transformative that it often feels like discovering an entirely new work. I've given you the Dvořák here, but you'll be missing out if you don't also look up the Kodály.