This month's classical playlist includes an inspired collaboration between the Bergen Philharmonic and Lise Davidsen, a live Brahms recital from Eric Le Sage and Théo Fouchenneret, and the world premiere of Nico Muhly's Shrink - plus a newly remastered version of Rafael Kubelík and the Chicago Symphony Orchestra's sparkling orchestration of Mussorgsky's Pictures at an Exhibition, first released in 1951 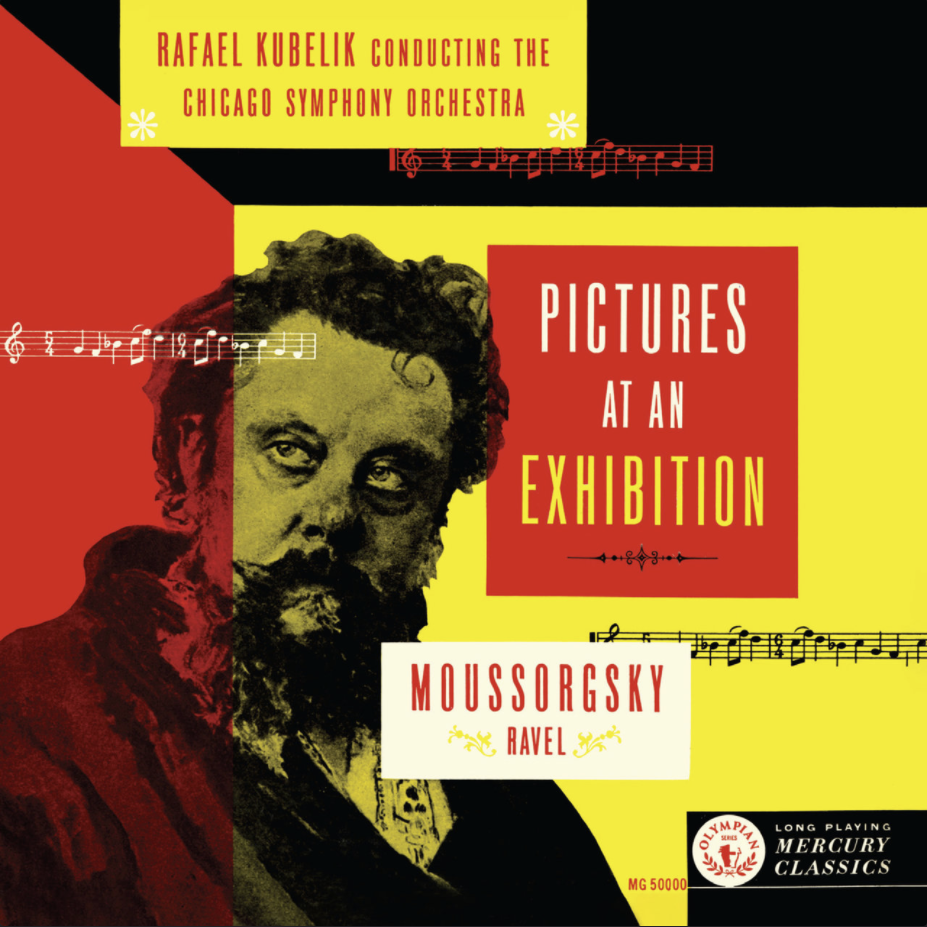 This month's classic recording choice is linked to one of my happiest projects of the past few months: presenting a three-part podcast series for dCS, in partnership with Decca Records, telling the story of the Mercury Living Presence recordings—recordings which, from MLP's creation in 1951, were famed for the fidelity of their capturing, thanks to the label's pioneering recording techniques. Fast forward to the 1990s, and it was dCS equipment that was used to transfer these recordings from the analogue to the digital domain. Fast forward again to the present day, and this podcast series, Trust Your Ears: The Mercury Living Presence story, is dCS’s way of celebrating the 70th anniversary of MLP's inception, and the fact that the entire catalogue is now being newly remastered, this time for release on streaming services.

The band are the Chicago Symphony Orchestra, under its new young Music Director, Rafael Kubelík. The work, Ravel’s sparkling orchestration of Mussorgsky’s Pictures at an Exhibition. What’s fascinating about this painstakingly remastered version is the degree to which it has retained its magic: 70 years on, it’s impossible not still to be struck by the highly distinctive vibrancy, range, immediacy and balance to the orchestral sound. So enjoy the Mussorgsky, and if you’re yet to listen to the podcast, you can find all three episodes here. 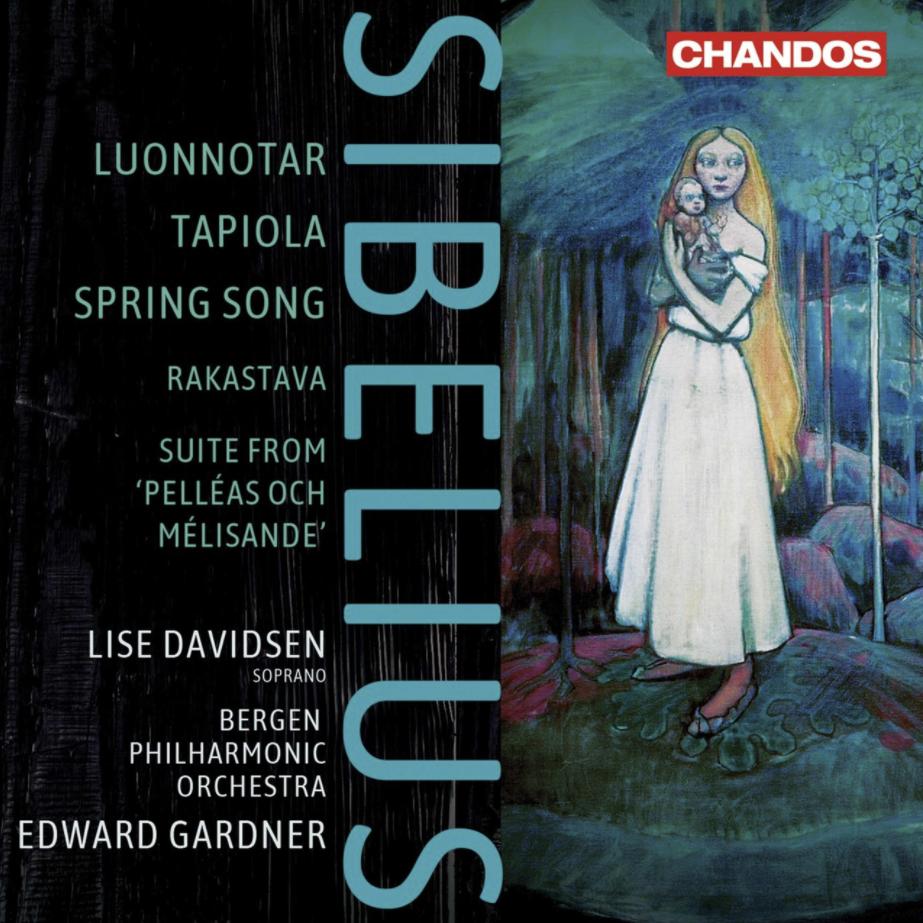 On to this month’s new recordings and for the first, I’ve stuck with orchestral repertoire, because while Kubelík and the Chicago are a tough act to follow, Edward Gardner and the Bergen Philharmonic Orchestra are well up to the job with their Sibelius collaboration with soprano Lise Davidsen.

Gardner and the Bergen Philharmonic have already proved themselves to be marvellous exponents of Sibelius in the recording studio, with their 2017 programme of orchestral songs with baritone Gerald Finley, In the Stream of Life. Now, they’ve borrowed Norwegian soprano Lise Davidsen from Decca to present Luonnotar and the suite from Pelléas and Mélisande, together with three purely orchestral works – Tapiola, Rakastava and Spring Song—and the results are all you could hope for.

Luonnotar is arguably the showstopper. Composed in 1913 to a commission from the Finnish soprano Aino Ackté, this song for soprano and orchestra is named after the Finnish generic name for a being of nature, and sees Sibelius employing some of his most tonally ambitious writing to recount the creation of the universe, as told in a mythological text found in Finland’s national epic poem, the Kalevala.

Orchestrally, there’s the Bergen’s clean, dark, direct and rhythmically urgent sound to enjoy, which has a fabulous sheen to it in its forte moments, plus some wonderfully raspy woodwind timbres. Davidsen, meanwhile, is in complete command of what is a formidably challenging soprano part, owning every area of its two-octave range, and bringing the text to mysterious life through vocal tones displaying a phenomenal range of different lights and shades.

It’s Luonnotar that I’ve selected for the playlist, together with Spring Song. While the latter orchestral work sunk like a lead balloon at its 1894 premiere (a revised version was dismissed by Mahler as "quite the usual kitsch" in 1907), Gardner and his band have performed the ultimate sales job with this performance. That aforementioned directness to the strings sound, coupled with the dark power of the entire orchestra’s underbelly and the sense of vital forwards flow, have lent this piece enough granite strength and majesty to forgive a little Nordic-meets-Hollywood gimmickry. 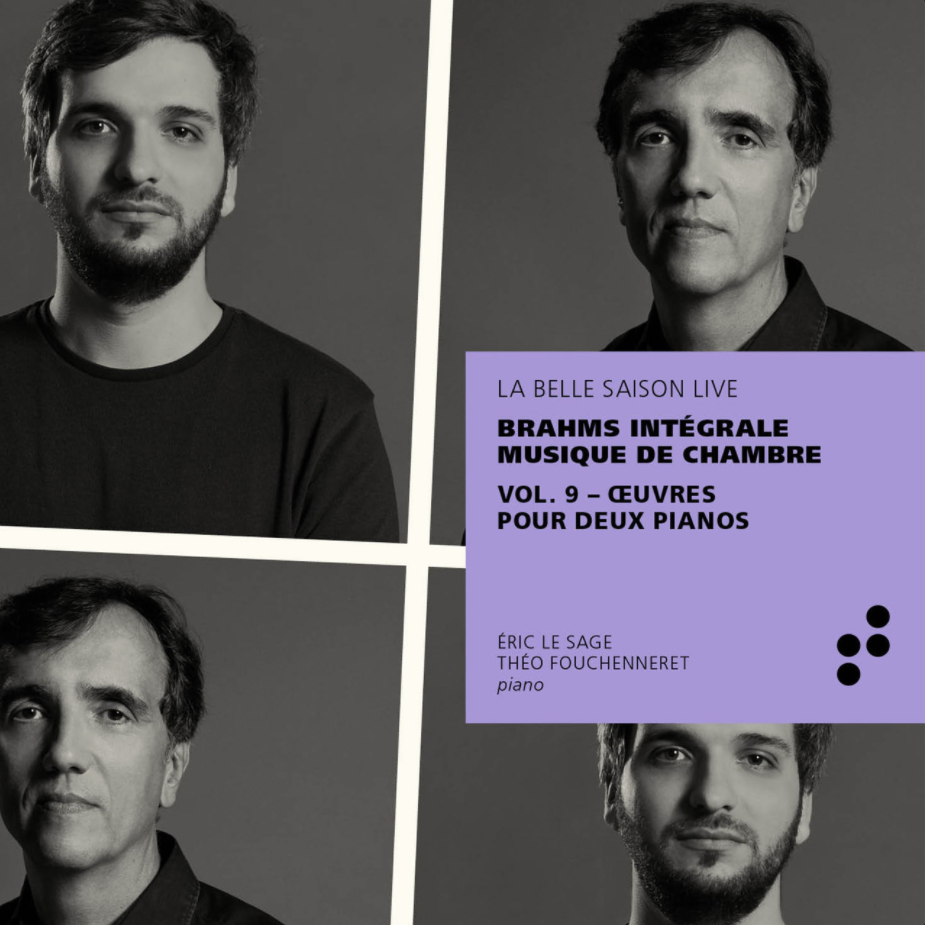 Eric La Sage and Théo Fouchenneret’s live-recorded Brahms chamber cycle, mounted under the auspices of the Belle Saison network of chamber concert halls, has been standing out since its launch in 2017 for the degree to which it audibly sings as a whole. This is partly down to the fact that all of the performances took place within the space of just a few months, with each one performed by the same group of musicians and preceded by many hours of group rehearsal. Equally important though, is the engineering that has faithfully retained the live feel, with the characters of the halls clearly audible, along with some exceptionally characterful pianos.

We are now at Volume 9, which features a pair of two-piano works: the Variations on a Theme by Joseph Haydn, which Brahms simultaneously arranged for orchestra, and the Sonata for Two Pianos in F minor. The latter piece is a reworking of a string quartet that had received the thumbs down from Brahms' virtuoso violinist friend Joseph Joachim and which, upon the advice of Clara Schumann, went on to become the monumental Piano Quintet—yet Brahms was pleased enough with his initial two-piano solution that he also kept and published that, too.

Those aforementioned characterful pianos come in the form of Chris Maene straight-strung concert grands, which represent a genius collision of past and present by combining the power and technology of a modern concert grand with the straight-strung design commonly seen on pianos before Steinway began crossing the middle register with the bass strings (a method patented in 1875). The result, as we’ve heard elsewhere in this cycle, is a noticeably more transparent middle register sound, but also bell-like higher registers and full-bodied lower ones. All of which really comes into its own for this two-piano repertoire, whose combination of Classical detail, Romantic richness and textural variety was perfect for translation into larger, multi-instrument forces.

You especially appreciate those bell-like higher registers in the Haydn, along with both pianists’ clean, nimbly elegant delivery, which offers just enough pedal to soften and colour, but never with a hint of smudge. Then, in the Sonata for Two Pianos’ tempestuous opening statement, you immediately appreciate the degree to which Le Sage and Fouchenneret are able to fly at their respective keyboards without a hit of overblown-ness to the resultant sound. Essentially, this is two-piano Brahms over which you actually hear every note. When you also factor in the intimate acoustic of the Maene Pianos concert hall (which itself probably accounts for the only less than satisfying aspect of this recording, which is that the sound of the applause suggests the musicians were only playing to an intimately-sized audience), it’s yet another stylish addition to this set. For the playlist, I’ve given you the first movement of the Sonata. 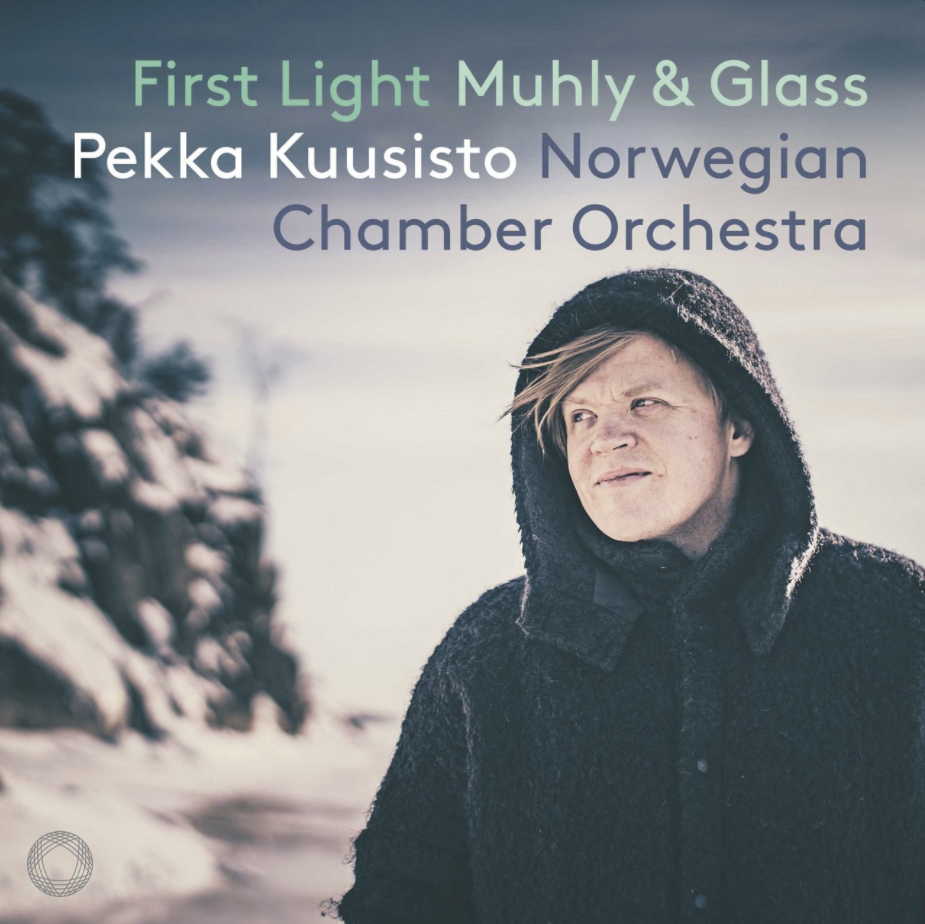 You can always count on Pekka Kuusisto to bring something genuinely new to the table, and that’s precisely what he’s done with this first recorded fruit of his tenure as Artistic Director of the Norwegian Chamber Orchestra. In fact, it presents three new offerings. First, the world premiere recording of Nico Muhly’s concerto for violin and strings, Shrink, which Kuusisto describes as the culmination of a decade-long partnership of "music and mischief" between him and the composer, and which literally does shrink as it progresses, each of its three movements concerned with intervals of decreasing size.

At the other end of the programme is a reflection of sorts, because it’s Kuusisto’s own string orchestra arrangement of the 'Mishma' String Quartet No 3, completed in 1985 by Philip Glass, who employed Muhly in the mid-2000s, and whose "minimalist" influence is one of many evident in Muhly’s own language. In between those two is a work which binds all three men together: Muhly on piano, accompanying Kuusisto in performing Glass’s hypnotic The Orchard, whose solo string instrument was originally the West African 21-stringed kora, and which, due to Covid restrictrions, was recorded with Muhly and Kuusisto performing on opposite sides of the Atlantic.

Unsurprisingly, the programme sings together as well in reality as it does on paper. Shrink strikes from the off for the multicolours, filigree detail and lucidity of its orchestral textures, the clean forward thrust of its rhythmic pulse, and the extent to which you almost forget that Kuusisto’s capriciously ducking and darting, ethereal violin lines are connected to a human at all. It all sounds so natural and otherworldly. The softer, darker hypnotic world of The Orchard then sits as the perfect emotional palate-cleanser, interestingly reminding one as much of early 20th century French repertoire as it does the African musical world. Finally it’s all change again, as the Norwegian Chamber Orchestra bring a beautiful, crisply dry, lucid coolness to 'Mishma'. New York meets Nordic, if you like. I’ve given you Shrink for the playlist, but the programme’s overall sense of symmetry makes it an especially rewarding one to listen to from start to finish.