This month’s archive offering is one I alighted upon for the first time a few weeks ago, and now find myself a little obsessed with: a 1947 recording of Nielsen’s 'Violin Concerto', performed by its dedicatee and Nielsen’s son-in-law, Hungarian violinist Emil Telmányi, with the Royal Opera House Orchestra, Copenhagen, under conductor Egisto Tango.

This is a concerto I’ve loved for a while, but I’d never previously delved into its recorded history. From Telmányi’s cadenza-like initial statement, I was hooked by the warbling nightingale-like quality of his delivery, with its throbbing vibrato, portamenti (or slides between notes, which was very much a feature of early 20th century string playing), plus the sweetness of his tone, and the degree to which, as the musical action finally softly tips into the orchestra’s presentation of its romantic theme, his high register line appears to just drift into the clouds.

It’s highly distinctive, unashamedly heart on sleeve stuff. In fact, it borders on mushily sentimental, to a degree I’ve not heard a modern violinist dare to do (and wonder if anyone would even want to). Somehow, though, the overall affect is simply fabulous. As this is a concerto that runs with no breaks between movements, I’ve given you the whole thing. 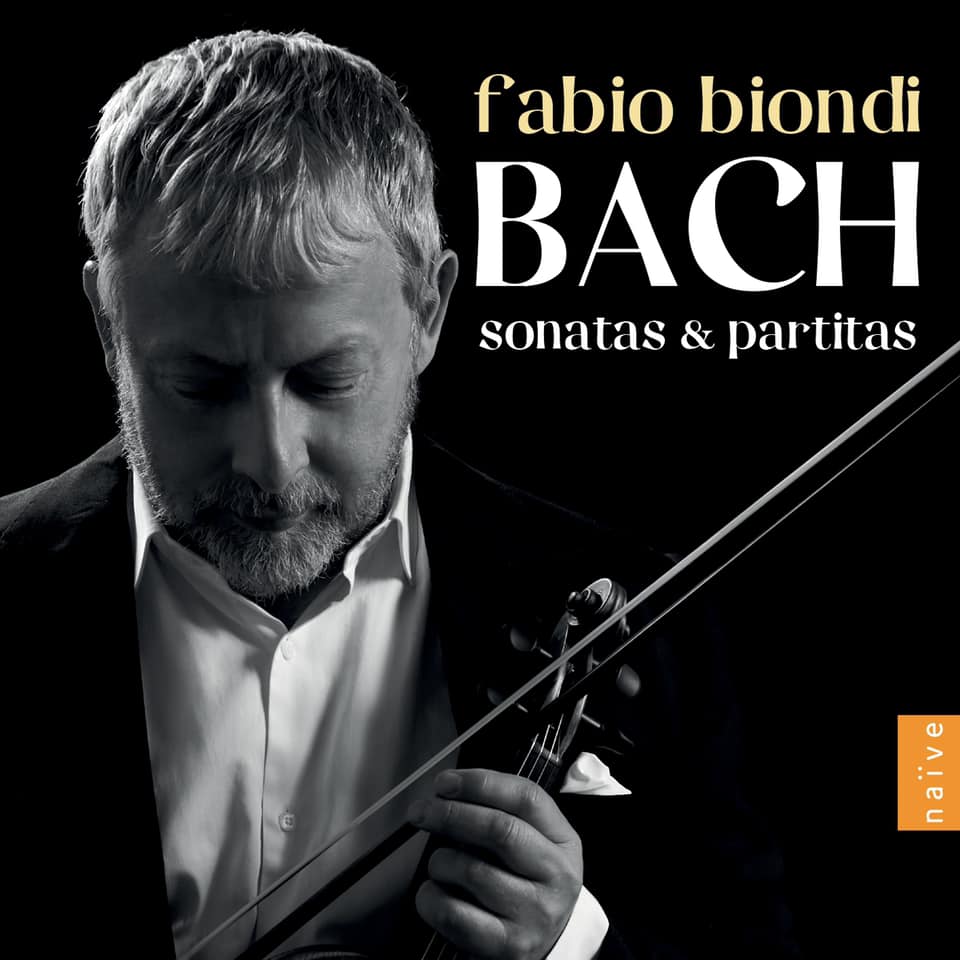 If there’s one violinist whose interpretation of Bach’s famous and much-recorded solo violin sonatas and partitas we should make time for, then it’s Fabio Biondi. Finally, aged 60 and newly signed to Naïve, the acclaimed founder and director of Europa Galante has recorded the set.

What's perhaps most interesting about this release is that, whilst Biondi's career has been in early music, his guiding aim with these interpretations wasn't to produce the most 'authentic', historically informed performance, but instead to find Bach’s voice. As Biondi puts it, "The objective was Bach, not Biondi."

"Of course, I am interested in old instruments, and I used gut strings and a Baroque bow, but the language is the first step – to think about your approach to the chords and the problems of polyphony. On this album, I had the opportunity simply to speak through Bach’s music," he says.

The result is a set of readings which certainly do speak, sometimes in ways which challenge long-held preconceptions over what this music is supposed to sound like. The Baroque era was one over which the art of rhetoric was highly prized, and that feels very audible here. At times, with Biondi's freer-than-often approach to metre and rhythm, and his voicing of the polyphony, the music often edges closer to spoken argument than to the determined preservation of the forms’ various dance roots. His approach to arpeggios is also fascinating, as he points out that arpeggios could mean different things in Bach’s day, and consequently uses a variety of approaches himself.

It may be unoriginal of me, but I’ve given you the famous D minor Chaconne for the playlist - simply because, with its familiarity, it’s instantly audibly full of all that thoughtful approach to voicing and variety of arpeggio treatment. Also because it stands as a perfect example of what ultimately makes this recording one to treasure - namely, the soul and conviction of what you’re hearing. So little has come down to us with which which we can attempt to paint a rounded picture of Bach, the individual. Without question, though, Biondi has, with this recording, achieved his aim to speak through Bach’s music. 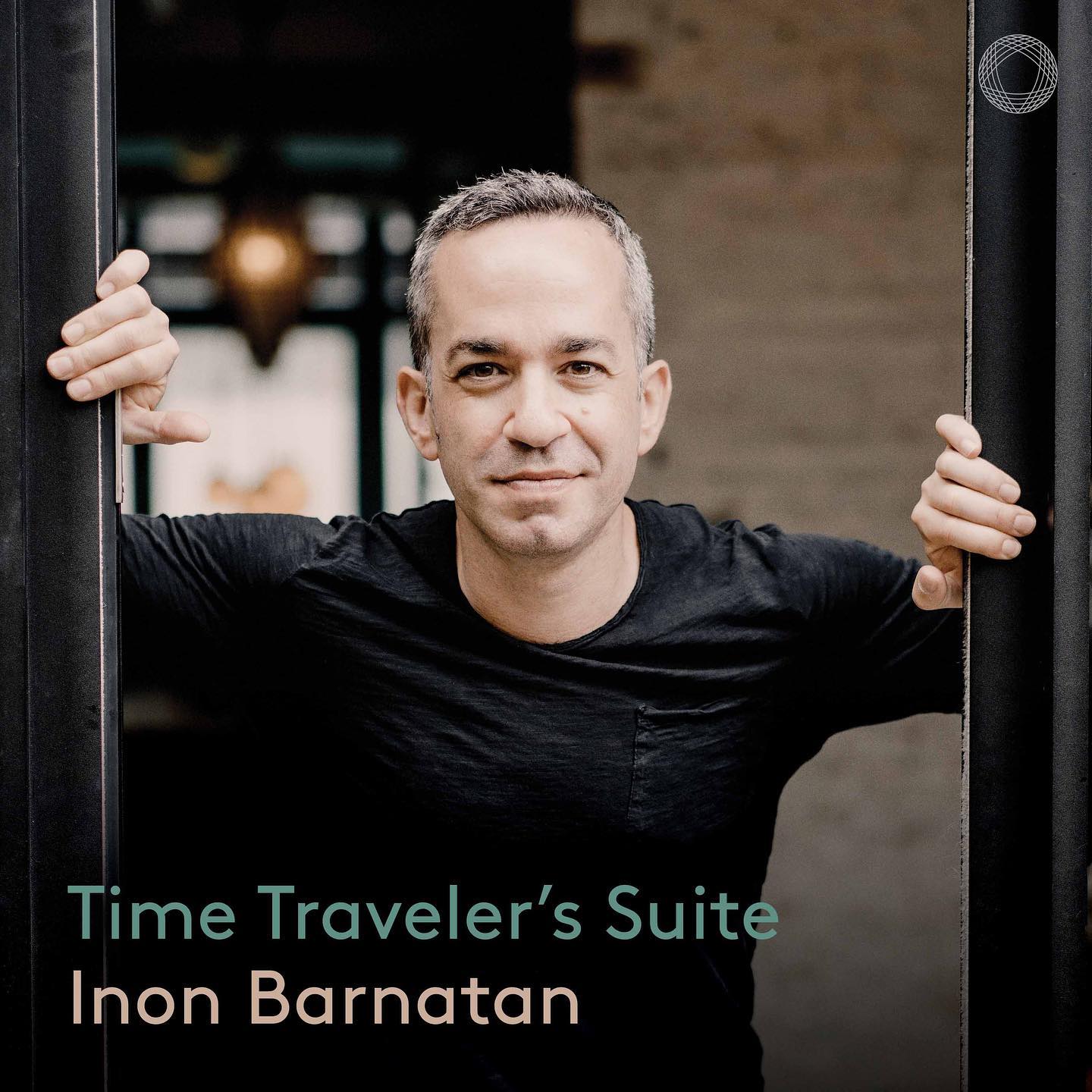 Pianist Inon Barnatan’s latest recital for Pentatone enterprisingly translates the idea of a suite (a collection of short musical pieces, widely used in 17th and 18th century music) as a multi-composer journey through time and space. The resultant programme is a fascinating, constantly engaging succession of stylistic shifts and thought-provoking interconnections.

François Couperin’s racing moto perpetuo 'L’Atalante' of 1717, for example, is followed with the sparkling, jubilant 'Rigaudon' fourth movement of Ravel’s Couperin tribute suite, 'Le tombeau de couperin', composed between 1914 and 1917, with each of its movements dedicated to a different friend who had fallen in World War One. From there, it's on to Thomas Adès’s more wistful 'Blanca Variations' of 2016, based on the Ladino folk tune 'Lavaba la blanca niña', which Adès has described as having "an unassuageable harmonic structure very typical of longing and bereavement".

I especially love that latter juxtaposition of the Ravel and Adès: two works linked to grief, written a century apart, each of their composers employing Baroque musical structures of the past, but with their respective emotional worlds highly contrasting. All of this is further highlighted by Barnatan, thanks to the sheer pace and exuberance of his Ravel, versus the more introspective delicacy of his Adès, and the crystalline touch and lucid textures he brings to both. For the playlist, I’ve given you the Ravel and Adès, followed by Brahms’s honouring of an 18th century musical forbear, the 'Variations and Fugue on a Theme' by Handel. 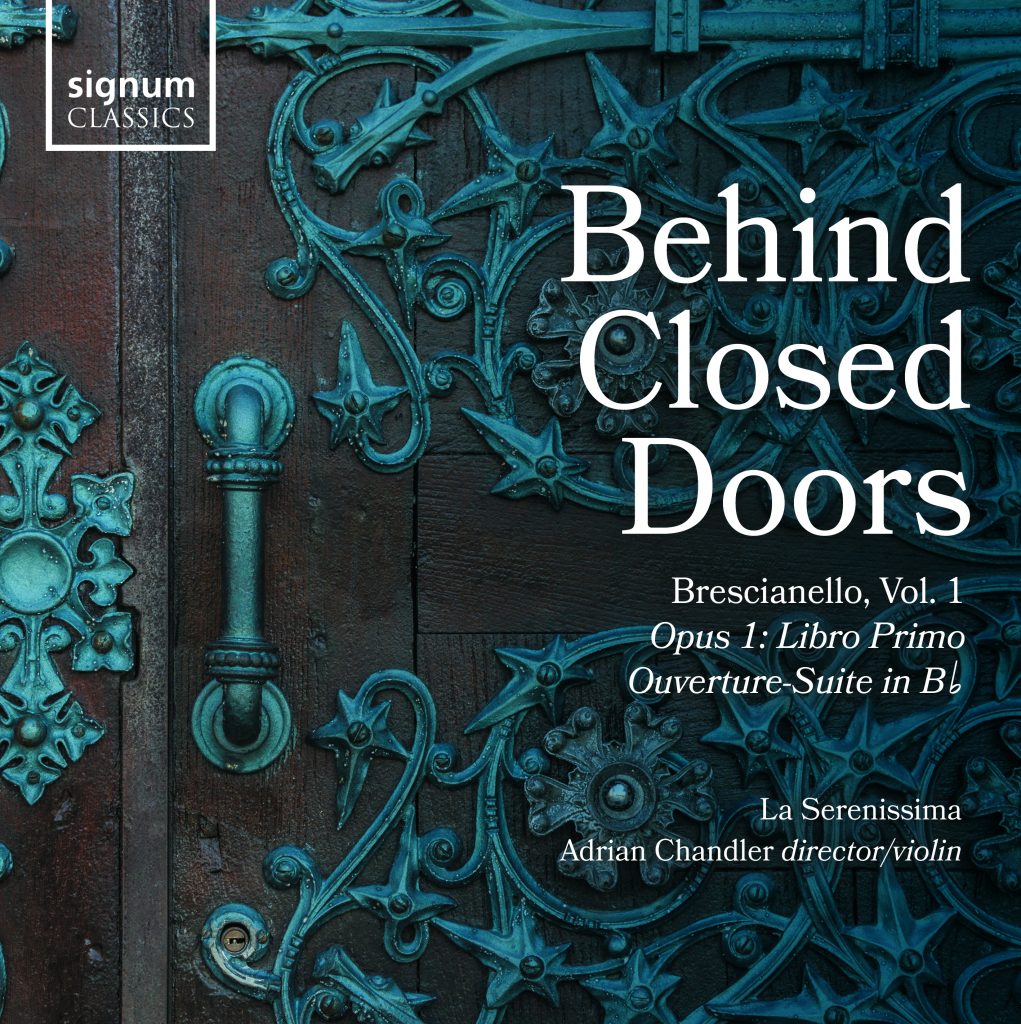 With a title inspired by the lockdown conditions musicians found themselves in through much of 2020, Behind Closed Doors marks the first time that British ensemble La Serenissima has recorded a whole opus by any composer. Director Adrian Chandler’s general feeling is that single-opus programmes tend to be a little sterile and lacking in variety. That’s not a criticism that could be levelled at this recording of the first volume of the Opus 1 by Italian-born and later Germany-based Giuseppe Antonio Brescianello (c.1690-1758), however - which, incidentally, was the only opus Brescianello chose to publish.

It's a volume which comes with plenty of built-in textural and structural variety, consisting of three concertos for violin, strings and continuo, three Sinphonie for strings and continuo, and a concluding French-style orchestral 'Ouverture-Suite in B flat'. For Behind Closed Doors, La Serenissima have attacked this music – using editions prepared by Chandler – with an equal eye to maintaining that cornucopia feel, bringing crisply rhythmic energy to the Vivaldi-ish writing of the violin concertos’ outer movements, and a combination of elegant pomp and dancing shoes to the concluding suite.

Chandler himself is a joy in the concertos’ solo spots, sailing with fleet-footed fluid grace through their up-tempo movements – matched at every step by La Serenissima – and delivering the slow movements’ long-lined writing with delicate-voiced cantabile lyricism. I’ve given you the suite, which brings our final playlist of 2021 to a satisfying conclusion.