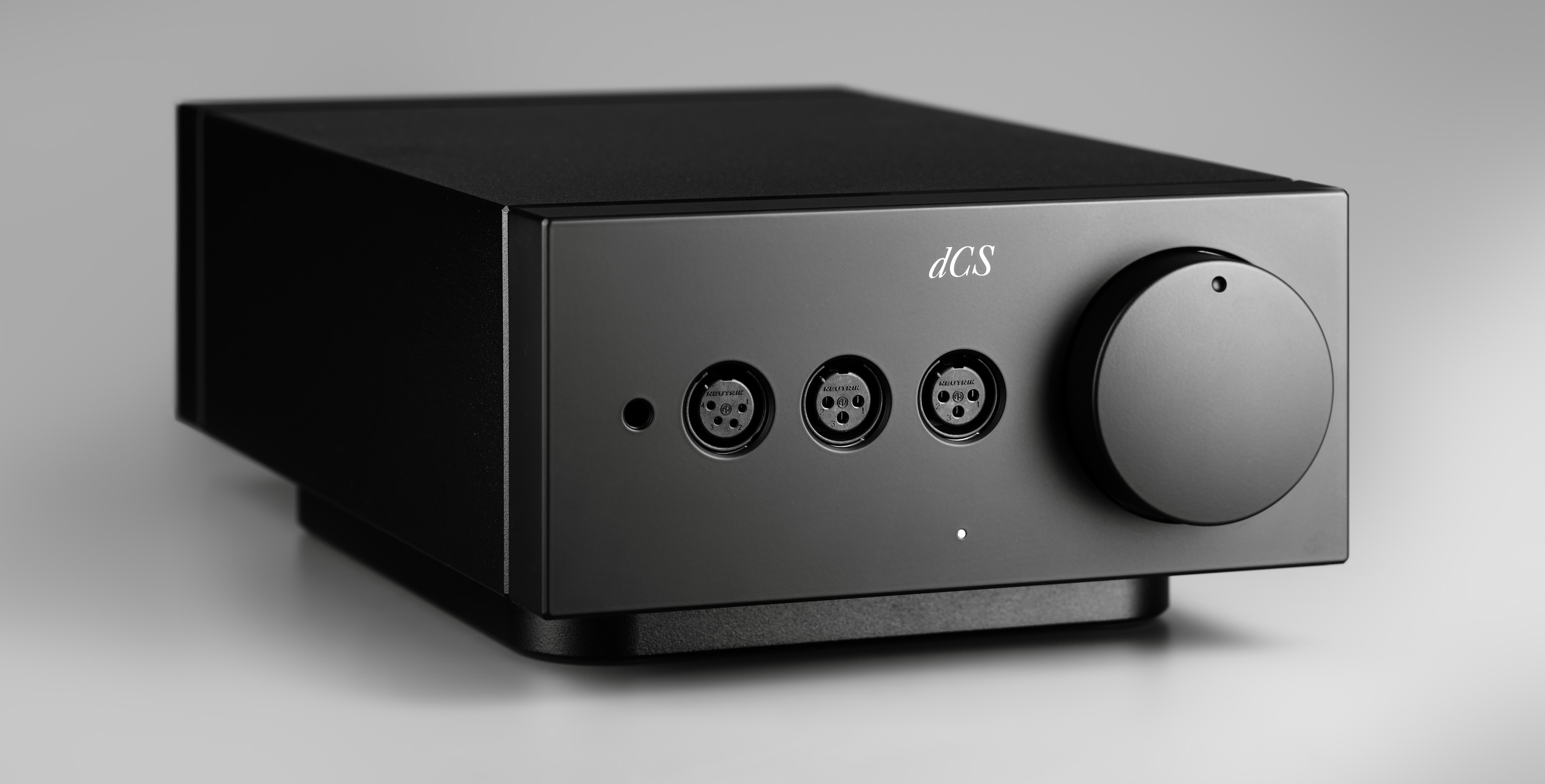 "Our vision was to create a product that allowed people to experience their chosen headphones' full potential and sonic signature."

Following our in-depth look at the Lina Network DAC, we talk to the dCS engineering team about creating our first-ever standalone headphone amplifier. Here, the team discuss our design goals, the experience we set out to provide for listeners, and the challenges of making an amp that can serve a vast range of headphones and head-fi setups.

When we began work on the Lina Headphone Amplifier – a project that started over three years ago – our vision was to create a product that allowed people to experience their chosen headphones' full potential and sonic signature. We also wanted to ensure that our amplifier could drive a vast range of designs – from sensitive IEMS to planars – and honour their unique sound and character.

This might sound like a simple objective, but it's a complex feat due to the wide variation in headphone requirements and characteristics. As dCS Director of Product Development Chris Hales points out, there are considerable variations in load impedance – which can range from eight ohms to two kiloohms. Whilst it would be sensible to assume that an amplifier should deliver more voltage to headphones with a high load impedance and less to those with a lower output impedance to generate equal listening volumes, this theory doesn’t work for all headphones. Planars, for example, require both high voltage and high current – disproving this rule.

“There’s also the efficiency of the headphones, which comes into play quite a lot,” says Chris. “Added to that, you have an impedance which isn’t resisting, which is to say that a headphone is made out of coils of things, and that becomes an inductive load which has particular electronic properties [and] from the perspective of an amplifier, makes it even more difficult to drive. That’s where again the output impedance of the amplifier is quite important – in that the lower that is, the more tightly you can control what the transducer [in this case, a pair of headphones] is doing.”

We designed the Lina Amplifier to simultaneously deliver high voltage and high current without generating large amounts of heat. It also had to provide a clean and consistent signal and offer ultra-low output impedance. As with all dCS products, we were keen to keep distortion to a minimum and ensure the product delivered an outstanding performance at both high and low signal levels.

We also wanted to ensure we kept noise to a minimum, which is particularly important when dealing with sensitive devices. "If you have a highly sensitive pair of headphones, such as in-ear monitors, there's a risk the background noise could become intrusive – so you have a secondary concern of making sure the noise is kept low as well,” adds Chris.

To achieve this, we had to think carefully about each aspect of the amplifier's design – from the casework to circuits and power supplies. We started with drawing on insights gained from the development of our Bartók Headphone DAC – which contains an in-built Class A headphone amplifier – and the feedback we’d received from the head-fi community following the Bartok's release. Through intensive research, experimentation and prototyping, and thorough user testing, we developed a bespoke Class AB design housed in a solid aluminium chassis.

Our decision to create a Class AB design was driven by our desire to develop a product that was both highly linear and highly efficient. Class A designs can deliver excellent linearity – a crucial requirement for all dCS products and something we've gone to great lengths to achieve with our DACs and other components. With the Lina headphone amplifier, we wanted to combine the performance benefits of a Class A approach with the efficiency of a Class B design. This required us to completely rethink the amplifier's output stage and develop a novel technique that enabled us to overcome some of the issues inherent in traditional Class AB designs.

"A Class AB output stage effectively has two power devices, each of which deals with just slightly over half the signal – typically, the positive half and the negative half. The problems come when one is handing over to the other,” Chris explains. “There’s always a period when either they're both doing some work or a period where neither of them is, and either of [those] can cause trouble. The error correction technique that we've developed for this product effectively looks at the error voltage in that handover region and corrects it at the source, as it were. In essence, it gives the dual benefits of high efficiency and high linearity."

In addition to the technical requirements posed by different amplifiers, the dCS engineering team spent a great deal of time thinking about the attributes people might want from a dCS amplifier. Our DACs and music players are renowned for their vast dynamic range, wide bandwidth, and ability to deliver a natural and highly detailed sound. We were keen to ensure the Lina Headphone Amplifier exhibited all these qualities. We also wanted to provide a sense of grip and control and ensure that the amplifier would offer a compelling experience from the first second of playback. We wanted to make sure our amp would faithfully mirror the sound of a listener's headphones – and their music – without imposing its own sound or character.

“Although developing the amplifier was new territory for us in many respects …  we certainly wanted to incorporate all the elements of the dCS sound – the neutrality and faithfulness to the music that is our hallmark," says Chris. "That was certainly very much a prime consideration in the design – excellent linearity, low noise, wide bandwidth, high slew rate – all of the things which play their part in making a piece of audio equipment transparent.”

This transparency is something we strive to achieve with all dCS products. Whether we're creating a DAC, upsampler or amplifier, our aim is always to create components that work in service of the music and hold a mirror up to the sound. It was something we felt was particularly important when developing a system for headphone listeners. Some manufacturers have worked hard to give their headphones a unique voice, and listeners often look for designs with a particular character – be it warm or cool or anything in between. Some listeners, meanwhile, might choose to own a range of headphones for different types of music. Developing a highly transparent design allowed us to ensure our amp wouldn't favour some headphone types at the expense of others. Listeners would be able to experience the true character of their headphones.

“Clearly, there’s recognition that people have headphones they love. They have headphones that they use to AB against future and current headphones to figure out which ones they like, and they all have slightly different presentations – we wanted to honour all of those,” says Steve Smith, dCS.

This required us to test the Lina Headphone Amplifier with various designs. We conducted several rounds of listening tests with team members and critical listening experts in our dedicated head-fi space during the development process. We used over a dozen different models from a range of manufacturers and studied the performance of the headphone amp with each. We tested the amplifier with new and high-end models, as well as older and more affordable designs. "We didn't just focus on the upper-end flagships. We listened to many other, established headphones that people know and love," adds Steve.

After each round of tests, our listeners presented feedback to the dCS R&D team, who would interpret comments and use them to enhance further and improve their design. We repeated this process over several months until we were confident that the Lina Headphone Amplifier delivered an outstanding experience with whatever headphones we selected.

Making the headphone amplifier has been a fascinating challenge – and we're delighted with the results. Through rigorous testing and development and an unwavering commitment to our vision and design principles, we've designed an amplifier that we believe offers an exceptional level of performance, whatever your headphone preferences or musical tastes. We are thrilled to share our design with listeners around the world.

“We don’t think there’s another headphone amp out there that performs at this level …everything about it has exceeded our wildest expectations,” adds Steve.