A couple of months ago, one of the most joy-giving box sets I've ever received landed on my desk from Warner Classics.

With 62 CDs and eight DVDs, Alban Berg Quartett: The Complete Recordings covers everything from Joseph Haydn through to Erich Urbanner, via Smetena, Brahms, Beethoven, Webern, Schubert and Stravinsky. While digital music streams don't come in the shape of beautiful boxes, it's the ABQ I want to put under your noses this month for my classical recording choice – and if you are still interested in buying physical CDs when you're not streaming, then this really is one to own.

Some brief background: the ABQ was founded in 1971 by four young professors at the Vienna Academy of Music, and disbanded in 2008 while still at the height of its fame, soon after its violist Thomas Kakuska died from cancer. The group’s name refers to its founding principle to champion twentieth century music alongside the great repertoire of the past, and it was Vienna's first full-time quartet, breaking the Viennese tradition whereby members of the city's quartets also performed in its orchestras. Since then, it's become a reference point for string quartet playing, with a truly enormous discography.

For Only the Music I've chosen the first movement from its recording of the Opus 3 String Quartet of its namesake, Alban Berg, recorded in 1974, and the final movement of Haydn's String Quartet in G minor, “The Rider”, recorded in 1973. These two works formed the quartet's recording debut, on Teldec, and were the result of a bargain. Teldec had invited the quartet to record the complete Haydn quartets, but the group decided that such a recording debut would be at odds with its commitment to twentieth century music, so they reached an agreement to simultaneously release one Haydn recording and one of Berg. Both ended up receiving a Grand Prix du Disque.

From the ABQ, we move to Augustin Hadelich's new Dvořák Violin Concerto also for Warner. As the title suggests, Bohemia is the star of Augustin Hadelich's latest album, with music drawing on the languages, stories, landscapes and folk music that its native composers began to develop during the second half of the nineteenth century in response to a national yearning for cultural identity. Taking the headline spot is Dvořák's Violin Concerto of 1879, which begins with a satisfying bang and bags of momentum from the Bavarian Radio Symphony Orchestra under Jakub Hrůša before Hadelich's cadenza-like entry turns on the Czech romance and panache with his well-placed rubatos and portamentos. Hadelich's interpretations of the big Romantic works always seem to provide a fresh twist and this case is no exception, as he leans into the work's drama and passion with his clean, ringing tone and folk inflections. Another joy is the way Dvořák's many woodwind solos are so lovingly played and brought out by the engineering as much as Hrůša and the orchestra. The ensuing varied chamber remainder of the programme with pianist Charles Owen is no less satisfying, with Hadelich making the move from the concerto's whirling finale to Janáček's emotionally intense Violin Sonata of 1922 via the equally intense fourth of Dvořák's Romantic Pieces. Suk's Four Pieces of 1900 follows, before Dvořák transcriptions bring us back full circle to Songs My Mother Taught Me from Gypsy Songs, and the famous Humoresque. I've given you the concerto, but do listen to it all. 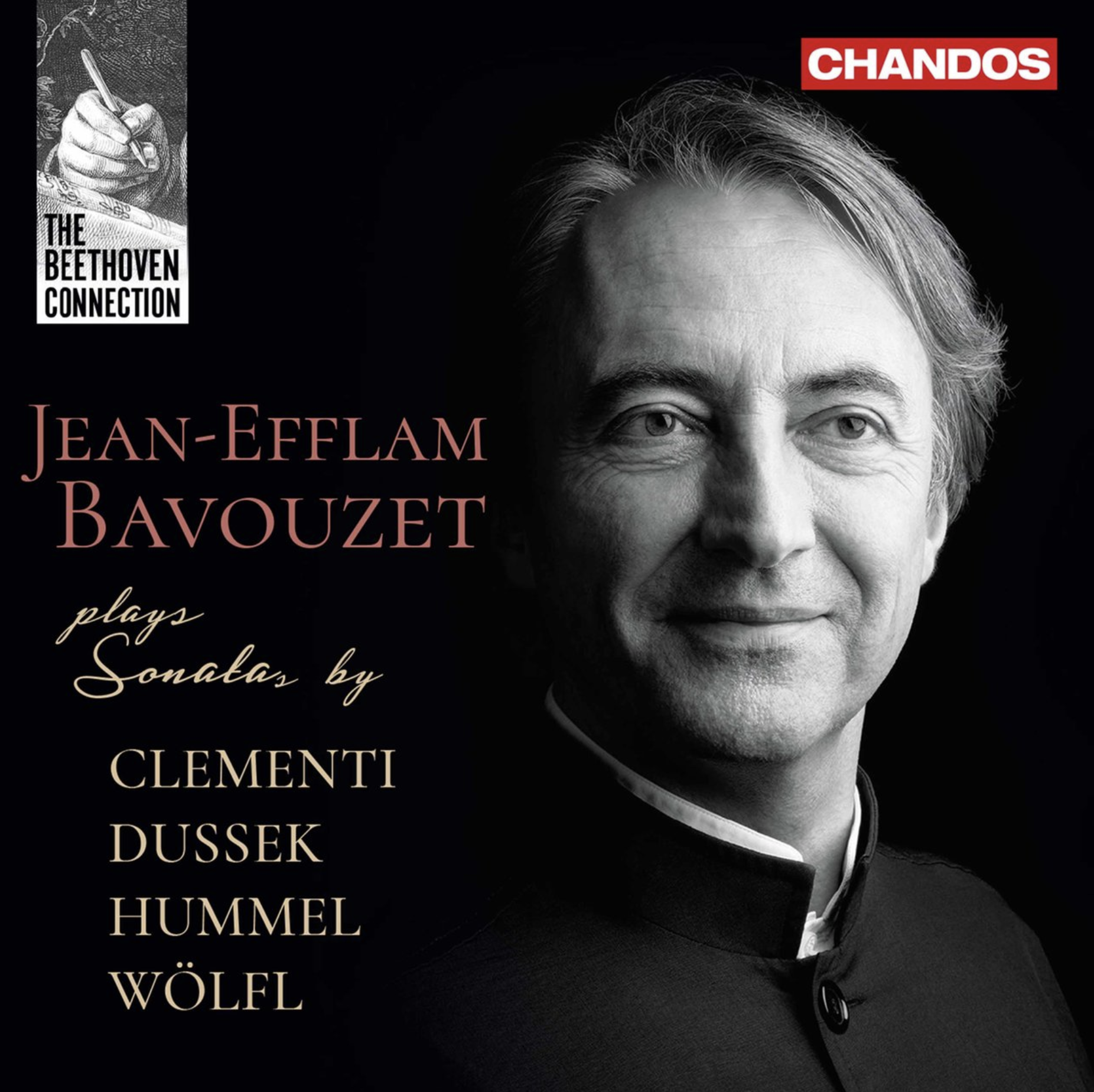 Next month Jean-Efflam Bavouzet releases the complete Beethoven Piano Concertos on Chandos. In the meantime, its recent predecessor is a welcome addition to the catalogue, contextualising Beethoven via a solo recital of contrasting works by his contemporaries, the majority of whom are far from household names. Joseph Wölfl, Muzio Clementi, Johann Nepomuk Hommel, Jan Ladislav Dussek, all of whom knew Beethoven well, were important voices of their time, and like Beethoven were virtuoso pianists themselves. Bavouzet's interpretations are beguiling in the extreme – full of delicacy and elegance of touch, forensic thought and overall poetry. Once you've got your ears around each of their individual languages, there's an intriguing bonus track to be enjoyed in which Bavouzet attempts to highlight a few similarities between certain passages from the various sonatas. For this playlist I've selected the opening sonata, Joseph Wölfl's Piano Sonata in E major. 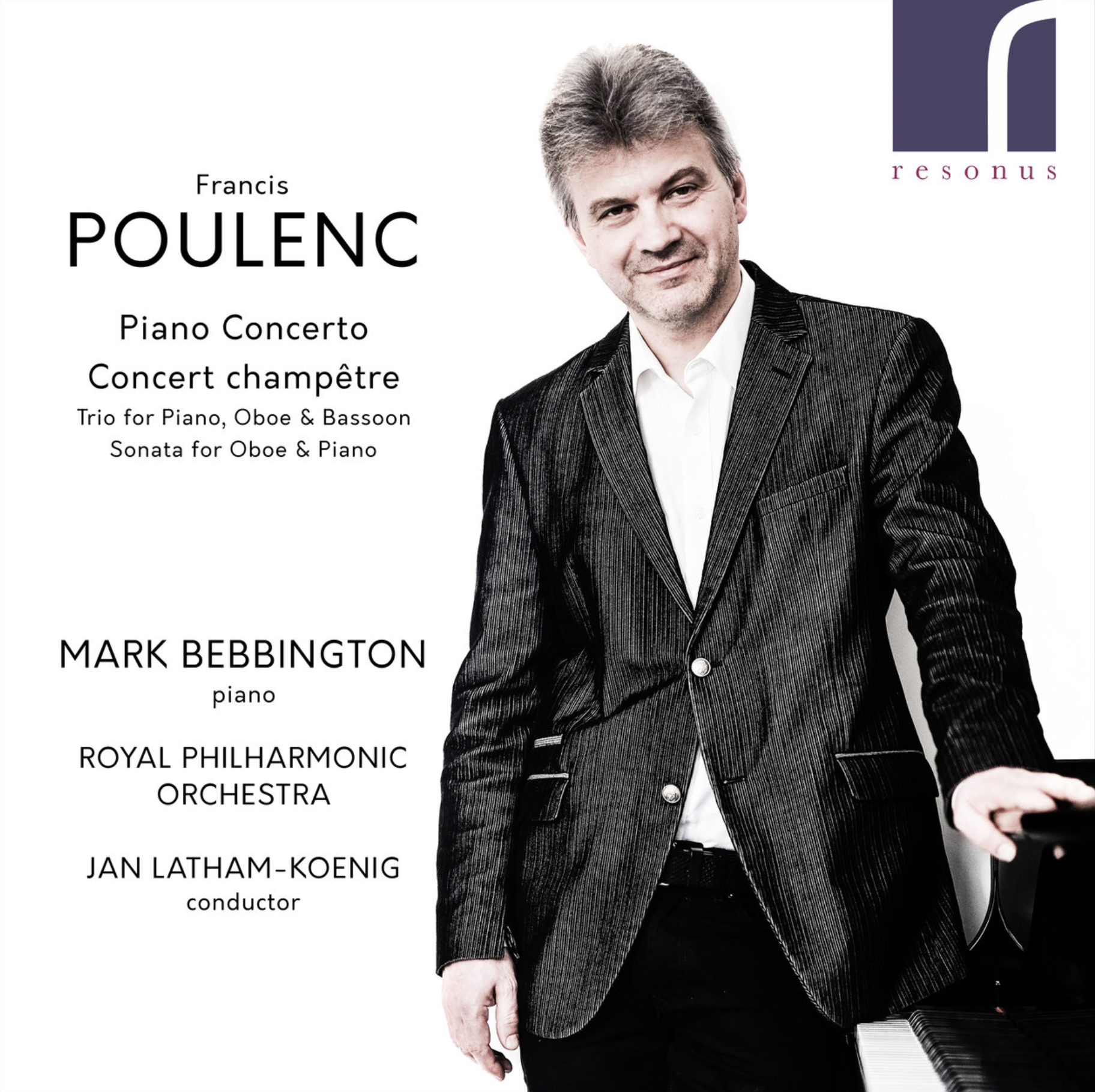 The first thing to say about this new all-Poulenc recording from Marc Bebbington with Jan Latham-Koenig leading the Royal Philharmonic Orchestra is that it's a programme worth having, championing less familiar works that deserve to be heard and known. Unsurprisingly it's the Piano Concerto that sits as the star of the show, in a vivid performance which thoroughly hits the work's invigorating blend of Romantic and neoclassical styles interjected with tongue-in-cheek jazzy quips. The neoclassical Concert champêtre also shines, with Bebbington and the orchestra bringing brightness, precision and air to this work, which was originally played on a steel-framed harpsichord fashioned by the piano manufacturer Pleyel for its commissioner, harpsichordist Wanda Landowska. RPO musicians then join Bebbington for the chamber portion of the album. In between the two orchestral works comes the Trio for Piano, Oboe and Bassoon, with oboist John Roberts and bassoonist Jonathan Davies. The programme concludes with Roberts's poised and beautiful reading of the Oboe Sonata Poulenc, written near the end of his life in 1962. In short, a knock-out album, and I've given you the Piano Concerto here.