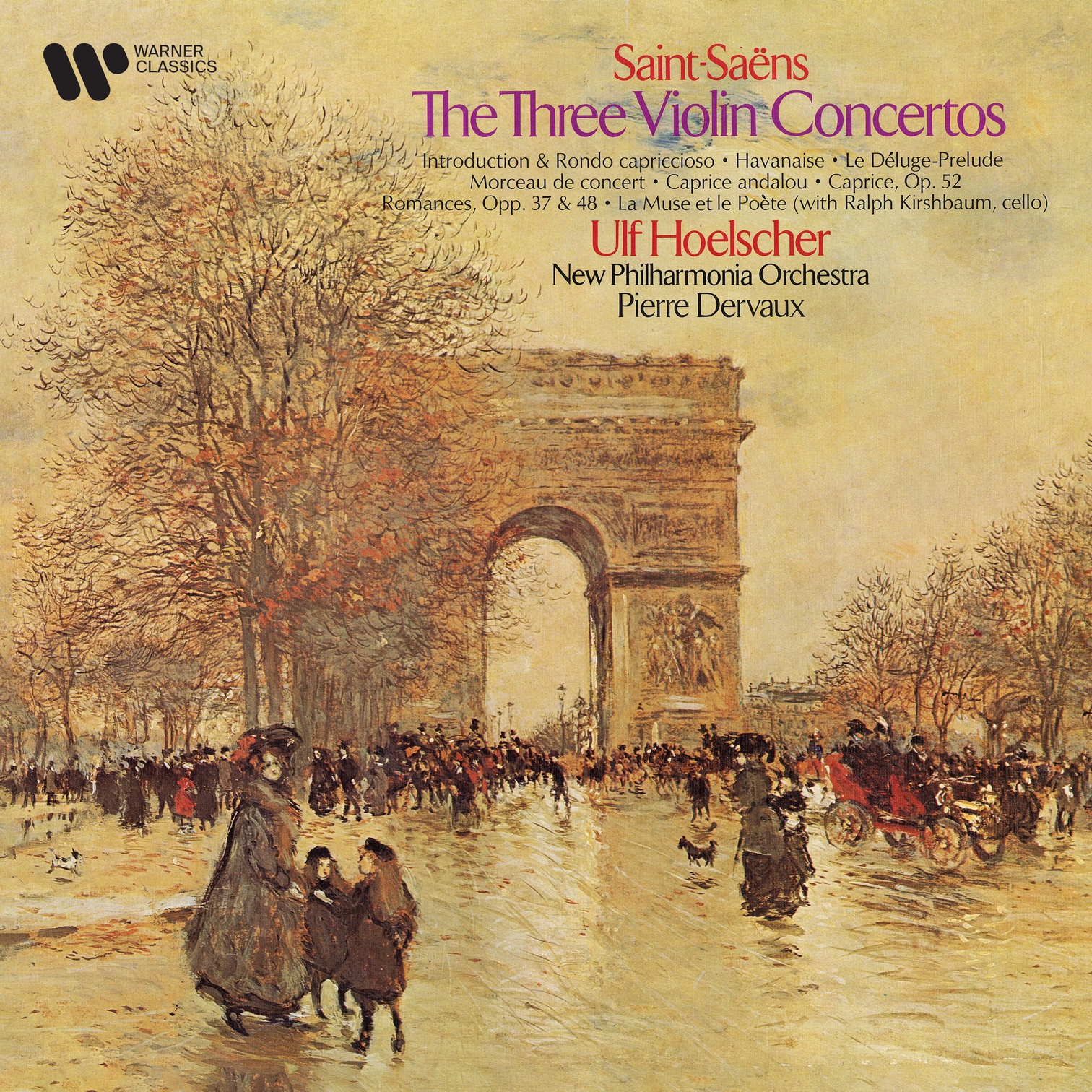 This year will no doubt bring plenty of performances and recordings in celebration of the 150th birth anniversary of Ralph Vaughan Williams (1872-1958). I’m going to kick off this year’s first Classical Choices, however, by marking a different event: last month’s centenary of the death of Camille Saint-Saëns (1835-1921).

To mark this anniversary, Warner Classics has released a beautiful box set of Saint-Saëns complete works. For me, this collection has become the catalyst to finally exploring his violin concertos - a corner of the strings repertoire that is so barely touched in the UK that I was almost embarrassingly unfamiliar with it (although it seems this goes both ways, as Vaughan Williams’s Lark Ascending is practically unknown in France!).

What I’ve discovered is a highly individual, fierily ardent language that combines high virtuosity with high poeticism. This month’s playlist gives you a taster of Warner’s compendium via the first movement of Saint-Saëns’s ‘Violin Concerto No. 3’, recorded at Abbey Road in 1977 by a deliciously intense Ulf Hoelscher with the New Philharmonia Orchestra under Pierre Dervaux.

From our archive opener, it’s onto this month’s new recordings, which include an exploration of the harp’s creative potential, Le Consort and Victor Julien-Laferrière's study of Vivaldi and Giovanni Battista Reali, and Peter Donohoe's Mendelssohn Songs Without Words... 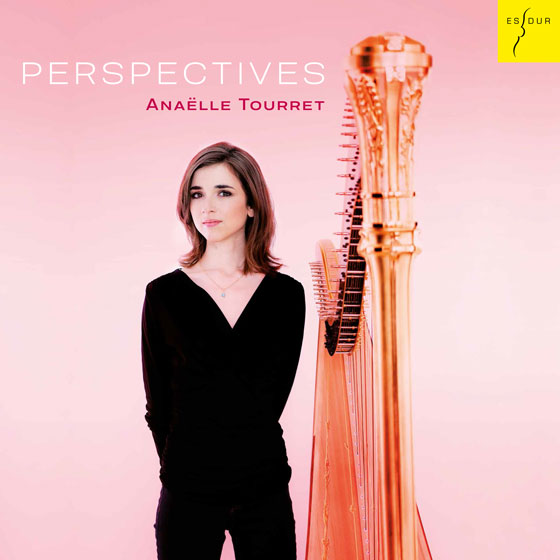 “One of the best harp players I’ve heard in my life” is how American violinist Joshua Bell described Anaëlle Tourret last year, after partnering with her for Bruch’s 'Scottish Fantasy' for orchestra, violin and harp. Tourret has received glowing acclaim since being appointed principal harpist at the NDR Elbphilharmonie Orchestra in 2018 - a role she took on aged just 25.

With this debut album, the young French talent aims to present her instrument as a ‘unique example of compositional innovation and transition’. Focusing on four works, it highlights the various ways in which composers throughout the past century have pushed back against perceptions of the harp as an angelic salon instrument, and instead embraced its potential for innovative techniques and unusual tone colours.

"The first ‘à la française’ divertissement is a delight from the outset, thanks to the sheer freshness, definition and sparkle of Tourret’s sound across its opening glissando flourish"

Its featured pieces (by Caplet, Hindemith, Britten and Holliger) each pose a different challenge. Caplet’s ‘Divertissements pour harpe’ I and II, for example, which open the programme, contain rhythmically articulated pedal glissandi that were unprecedented at the time of their composition in 1924.

The first ‘à la française’ divertissement is a delight from the outset, thanks to the sheer freshness, definition and sparkle of Tourret’s sound across its opening glissando flourish. This is followed by an immediate colouristic switch to soft ripples. From there, it’s a feast of dynamic range, a subtly fluid and capricious approach to metre, and voicing that’s shaped and shaded in such a way as to have you hanging off Tourret’s every note.

It’s ‘à la française’ that I’ve selected first from this recording, after which I’ve leapt to the closer: Heinz Holliger’s ‘Präludium’ from his Präludium, Arioso and Passacaglia of 1987. Worked on by Tourret and Holliger himself, it offers plenty of its own novel techniques and colour. 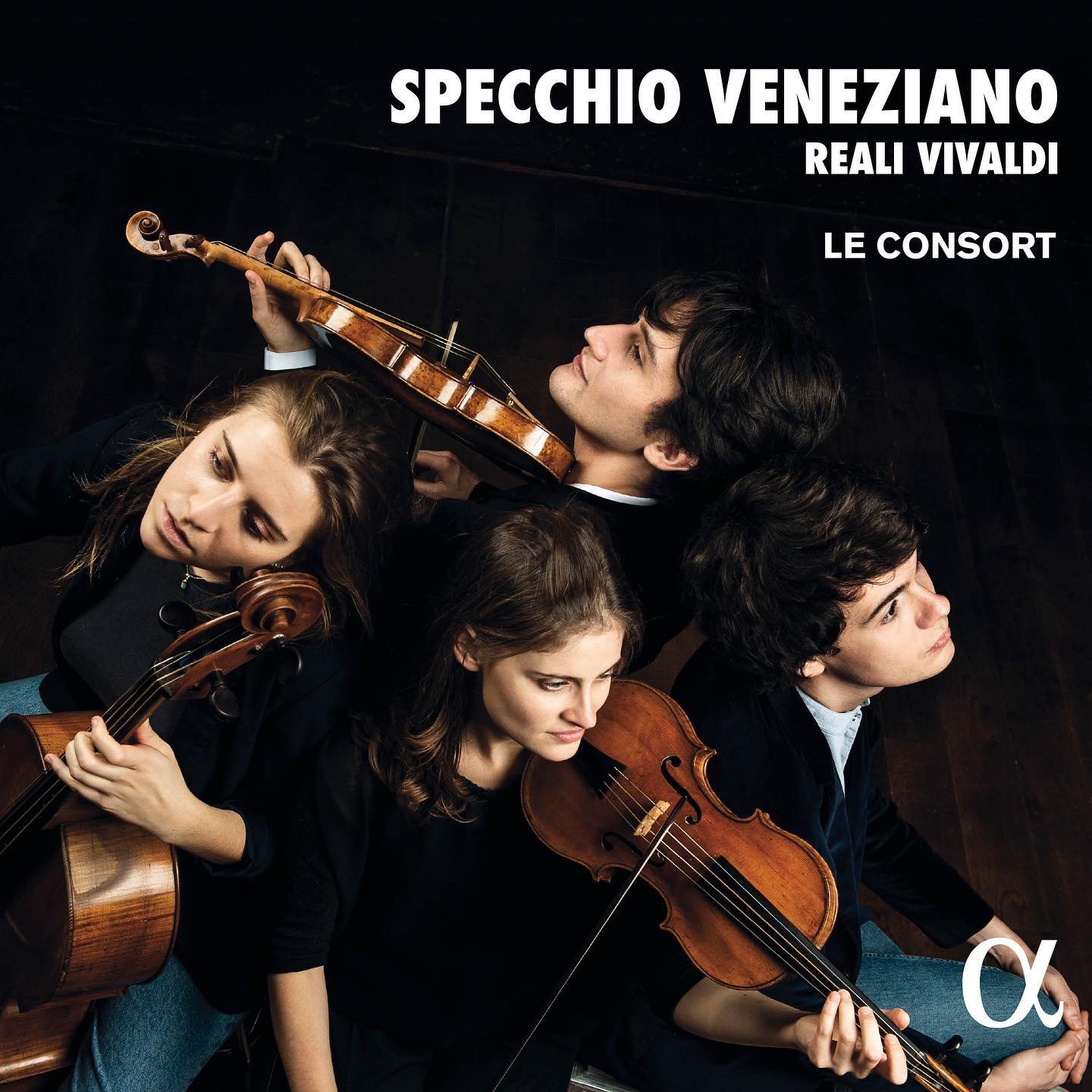 Much like Langlois de Swarte’s solo albums, Specchio Veneziano (The Venetian Mirror) offers a mix of works from rediscovered composers, core repertoire presented in new and inventive ways, and idiomatic improvisation. For this latest project, however, Le Consort have teamed up with another rising star - cellist Victor Julien-Laferrière.

The album compares and contrasts two Venetian composers: the supersonically famous Vivaldi (1678-1741) and his immediate but virtually unknown contemporary and fellow violinist, Giovanni Battista Reali (1681- 1751). Reali’s compositions consequently appear here as premiere recordings, and reveal themselves to be fully deserving of resurrection – beautifully crafted, passionate, highly melodic and excitingly virtuosic. His Folia variations serve as the perfect showcase of those qualities. They’re given the best possible advantage here by being placed at the top of the programme, right after the bewitchingly rising and falling improvised Prelude with which Le Consort opens. Indeed, Vivaldi doesn’t make his first appearance until almost halfway down the running order.

The playing itself is to die for, as already hinted by mention of that curtain-raising improvisation. Le Consort are a supremely well-oiled chamber unit, and here, they offer the usual mix of gracefully nimble-footed, highly responsive partnering, violins symbiotically dovetailed. Julien-Laferrière – a consummate chamber musician himself, whose tone’s mellow beauty I’ve found myself helplessly latching onto when I’ve heard him live in string quartet formation – slots into their sound with apparent effortlessness.

A particular highlight is Langlois de Swarte’s solo in the Allegro second movement of Reali’s ‘Sinfonia IV in D major’, where the leaping melody is voiced as an exquisitely floating, softly luminous, legato line, and set off to further perfection by the velvety pizzicato accompaniment. While virtuosic ability is a given with this repertoire, there are still some genuinely ear-boggling moments - such as the tumbling cello figures as we hit Allegro in Vivaldi’s own La Folia variations. I’ve chosen Reali’s ‘Sinfonia IV in D major’ for this month’s playlist, followed by the Vivaldi Folia. 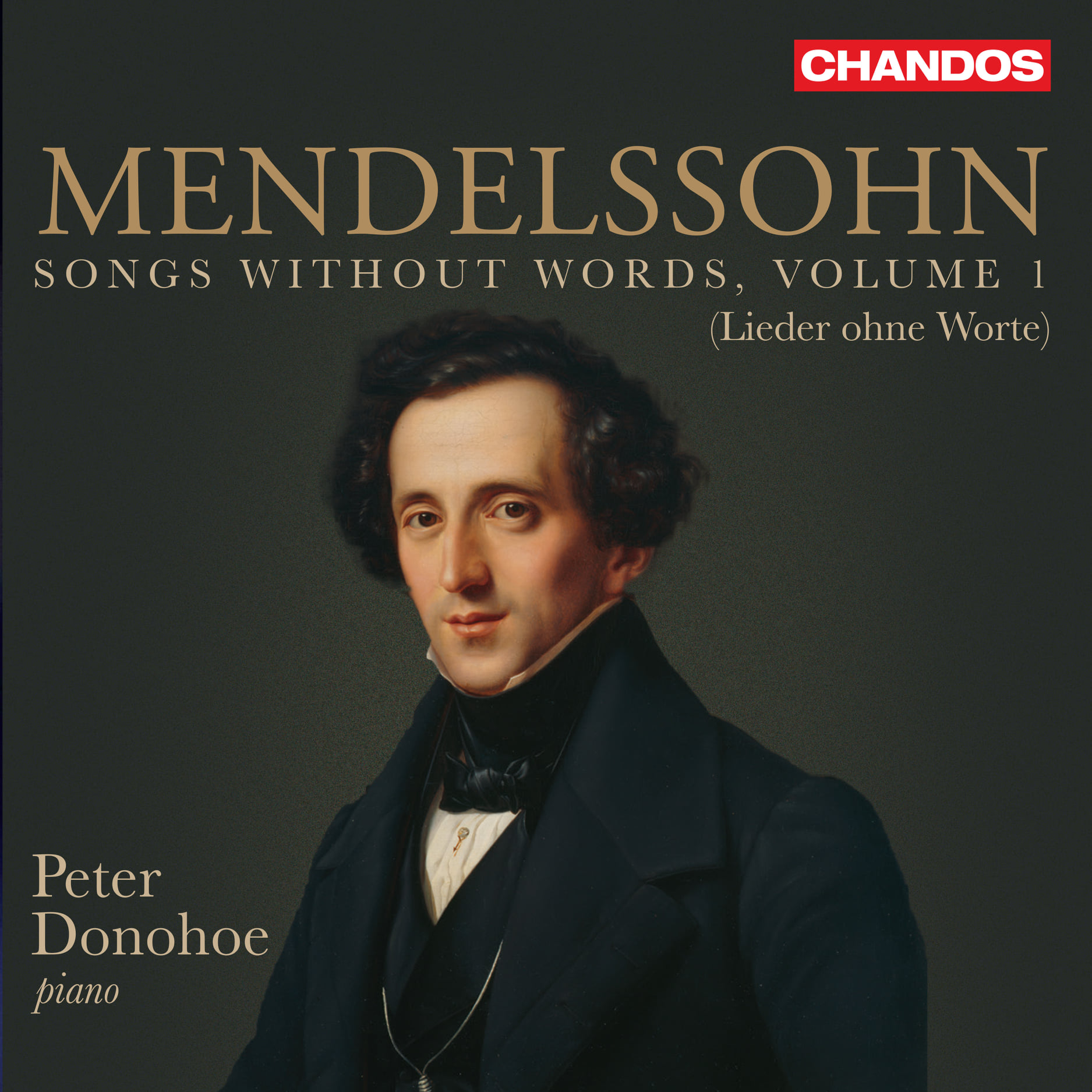 There’s a distinctly personal flavour to Peter Donohoe’s new Mendelssohn cycle for Chandos. The classical pianist has long been inspired by Mendelssohn’s work, and has said of his latest project: “When I first became conscious of my desire to be a musician, Mendelssohn meant more to me, personally, than almost any other composer – he certainly ranked alongside Haydn, Mozart, Beethoven, and Schubert…. It is always a pleasure to play these works, and they go to the heart of why I became a musician in the first place.”

For this first volume, Donohoe has chosen to present a generous selection of the Songs Without Words, the first book of which Mendelssohn published at the age of 23. These are prefaced by the ‘Rondo Capriccio Op. 14’ Mendelssohn completed when he was just 21, and the three ‘Fantaisies ou Caprices Op. 16’ written soon afterwards, each dedicated to one of the daughters of a wealthy Welsh mine owner, whose London home Mendelssohn stayed in after returning from the 1829 Scottish tour that inspired the composer’s ‘Hebrides Overture’.

Despite being by all accounts an incredibly accomplished pianist, Mendelssohn appears not to have the desire to pick up where Beethoven left off in the monumental piano sonata department. Instead, his piano works are miniatures suited to participatory music-making on either the amateur or professional level - a collection perfectly suited to the drawing room.

The first thing to appreciate about Donohoe’s pearly-toned readings is the sense of intimacy he’s created across them. Another delight is the way he captures the Lied quality of the Songs Without Words, holding the ear as he spins out the long-breathed lyric phrases. (Listen to ‘Op 19b No. 2’ to hear this for yourself.)

Mendelssohn’s famed sparking, high-spirited puckishness has also been realised to full effect, with the most ferocious high-speed passagework neatly articulated and light as a feather. ‘Song Without Words Op. 67 No. 4’ – later dubbed ‘Spinner’s Song’ or ‘Bee’s Wedding’ by publishers – has the easy, merry flow of a bubbling mountain brook here, its melodic line deftly picked out over the fiendish accompanying figures. I’ve given you that latter piece, prefaced by the Rondo capriccioso, to conclude this month's playlist.