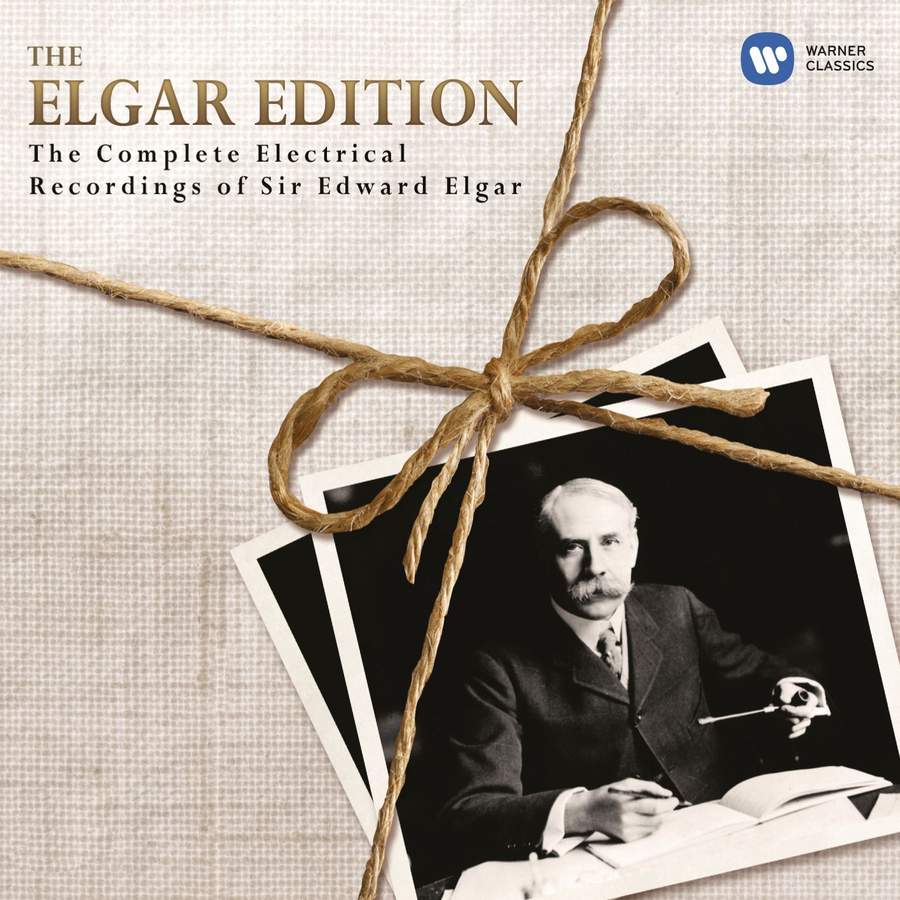 Welcome to April’s Classical Choices, which opens with a properly historic recording recommended to me recently by Brooklyn Rider viola player, Nicholas Cords. Cords teaches a class at the New England Conservatory on the aural heritage of string playing. He recently pointed me in the direction of a 1920s recording of Edward Elgar conducting the Royal Albert Hall Orchestra in ‘Nimrod’, from his Enigma Variations, as an illustration of how strings players’ employment of portamento has changed over the past century (portamento being the connecting of two notes by a slide).

Cords isn’t wrong. It’s an extraordinary sound, such is the amount of portamento of varying shapes and sizes all over this reading. I can’t imagine turning up at the Barbican and hearing such a sound these days – it would probably be deemed ‘not tasteful’. Yet, for that very reason, it’s worth spending time with this recording, listening in to the real detail of what the players are doing, and the skill with which they’re doing it, and thus allowing our own modern ideals to be challenged.

A century on, the piece stands as a very useful reality check, forcing us to remember that, 100 years from now, the playing we hold up today as ‘tasteful’ may sound exceptionally stylised and outlandish itself. It’s not just the used of portamento, either: the other thing I’ve been noticing is the much freer approach to metre on display, which speeds and slackens with an elasticity that you don’t often hear from modern orchestras. Or at least not in ‘Nimrod’. I hope you find it as fascinating as I have.

Following this, it’s on to our new releases, which include a debut solo album of pre-Classical cello concertos from Ensemble Diderot’s cellist, Gulrim Choï; a series of 20th and 21st century horn concertos from rising British horn player Ben Goldscheider, and a major new Brahms string sextet release from the Belcea Quartet with viola player Tabea Zimmermann and cellist Jean-Guihen Queyras. 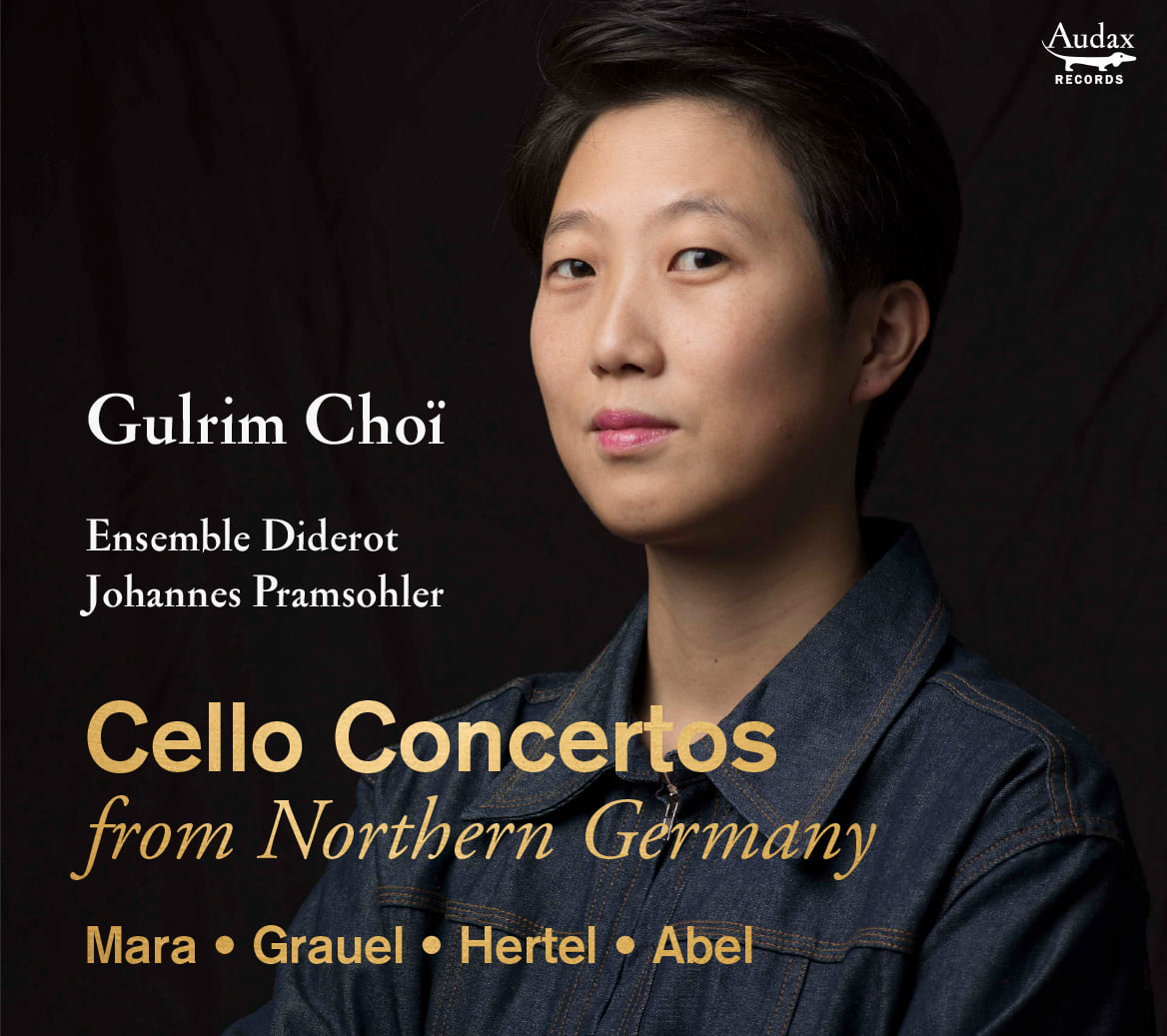 ‘Cello Concertos from Northern Germany’ may not get the gong for sexiest album title of the month, but Ensemble Diderot cellist Gulrim Choï's debut solo album is attention-grabbing in every other regard. One of the most striking aspects of this programme is the repertoire’s sheer rarity value. Its four pre-Classical chamber cello concertos – Ignác František Mara’s Cello Concerto in C, Markus Heinrich Grauel’s Cello Concerto in A major, Johann Wilhelm Hertel’s Cello Concerto in A minor, and Carl Friedrich Abel’s Cello Concerto in B flat major, the Mara and the Grauel – are world premiere recordings, and even Abel is these days recognised more for his contributions to the viola da gamba canon than for this particular virtuosic cello-shaped number, so the whole thing really does represent a voyage of discovery.

Each individual concerto also rings with musical quality and individuality, making for an end-to-end listening experience that doesn’t sag for a second, and the whole album is set alight by playing that shines with conviction and sparkle. Choï herself – beautifully captured by the engineering, which places her just vividly out in front – has a gorgeously tactile, darkly burnished soft bite to her tone, and brings a satisfyingly wide range of colour, articulation and mood. Also to be enjoyed is the close interplay between Choï and her longstanding Ensemble Diderot colleagues. Note the merry interplay between her and the violins in the ebullient, melodic Grauel first movement, and the elegantly merry gusto and grace with which everyone attacks this baroque-y concerto’s combination of cantabile lyricism and urgent rhythmic writing. For this month’s playlist, I’ve given you the Grauel. 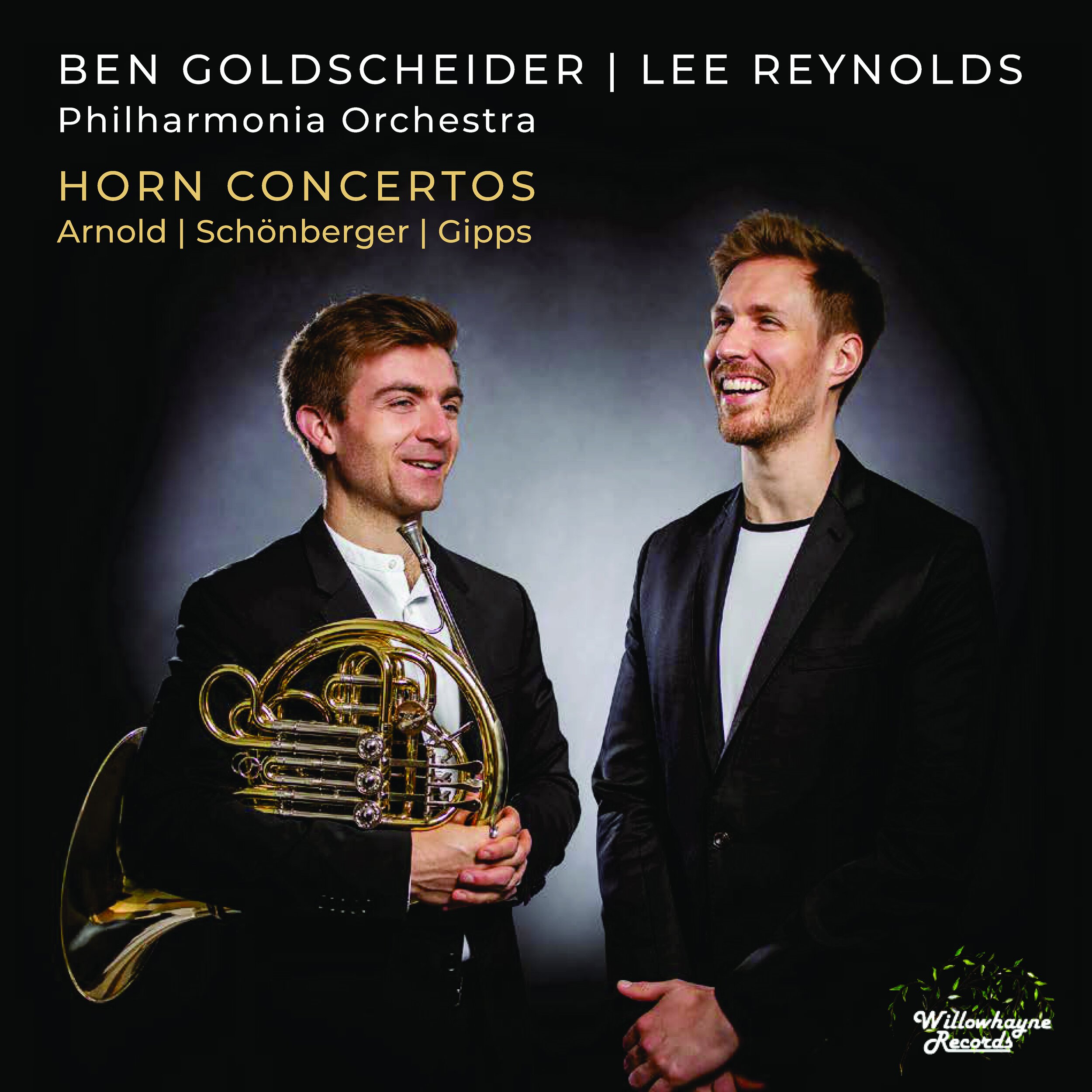 British horn player Ben Goldscheider has spent recent years notching up debuts at major international halls from the Hamburg Elbphilharmonie to Amsterdam Concertgebouw and Vienna Musikverein while accruing an ever-growing string of new works written for him by composers including Mark Simpson, Roxana Panufnik and Huw Watkins. He is London Barbican’s nominee for the prestigious ECHO (European Concert Halls Organisation) Rising Star programme for 2021-22, and was named a BBC Young Musician 2016 finalist aged 18.

His latest CD of horn concertos by Malcolm Arnold, Christoph Schőnberger and Ruth Gipps celebrates the centenaries of both Arnold and Gipps, plus the Arnold Second Horn Cncerto dedicatee, Dennis Brain, all of whom were born in 1921. Schőnberger’s horn concerto meanwhile is a brand new work, composed in 2021. As a trio of works, they’re a mutually complimentary bunch: Arnold’s is full of surprise shifts of melodic and harmonic direction, and dynamic, with perkily quirky language, and writing that turns on a penny between angular and lyrically melodic; Gipps’s offers lusher orchestral textures, with the ghost of her teacher Vaughan Williams hovering faintly over its pastoral-tinged passages; and Schőnberger’s demonstrates his modern brand of occasionally Barber-esque neo-Romanticism.

Goldscheider is marvellous throughout. He brings a combination of assured swagger and singing legato to the Arnold’s outer movements, and floats beautifully shaped and controlled lines across its central Andante grazioso. In the Gipps first movement, it’s a joy to hear the neatly articulated buoyancy of his rapid passagework as it bursts through the air, and the close relationship with the Philharmonia (heard in moments such as when cello and woodwind rise up to duet with him). To give you an idea of the spread of musical languages on display here, I’ve given you the Arnold and Gipps first movements, plus the Schőnberger’s central Adagio non troppo. 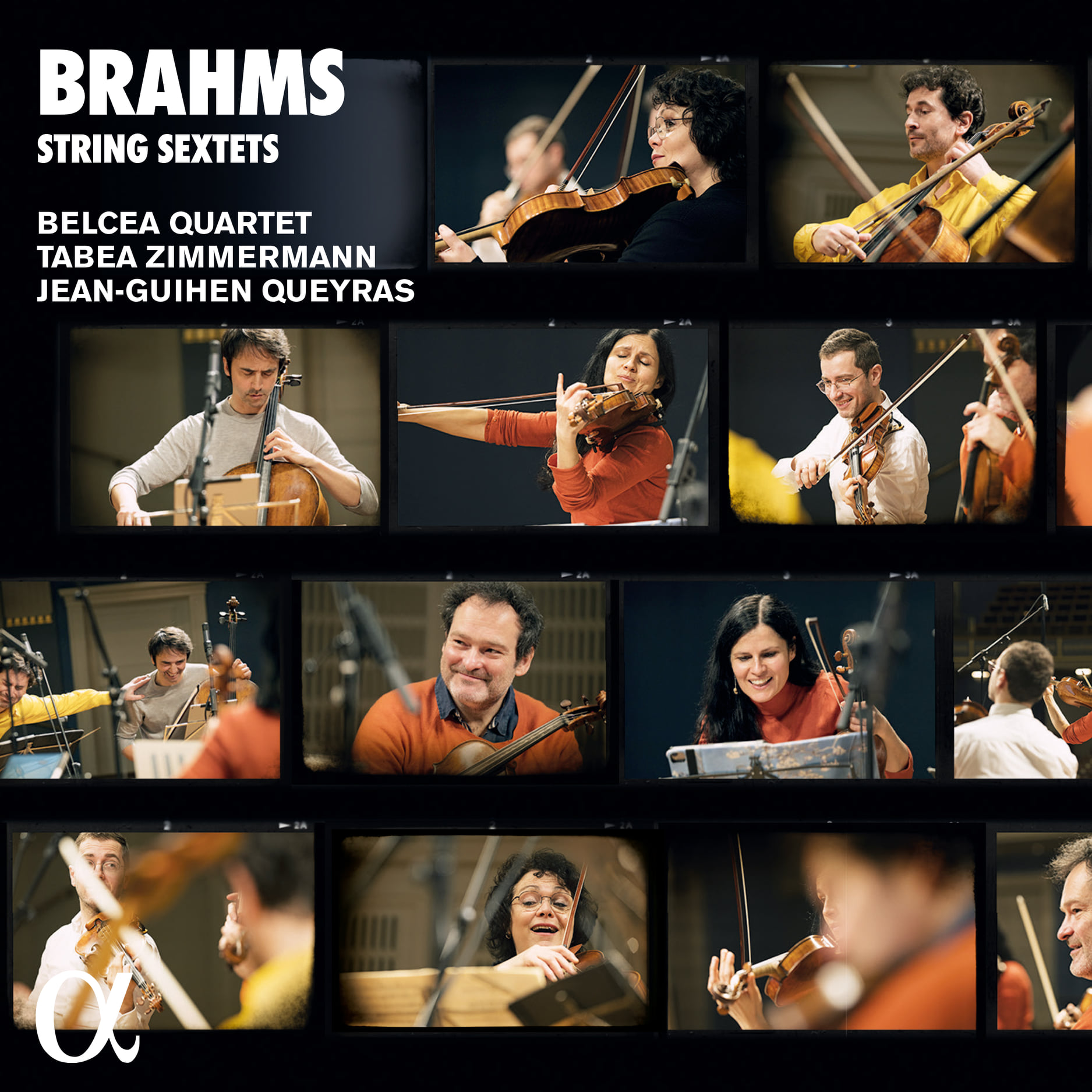 Scored for pairs of violins, violas and cellos, Brahms’s two early-career string sextets are  masterpieces of the chamber repertory, with some marvellous existing recordings to their name. However, there’s plenty of room for new additions to this corner of the back catalogue. It’s no mean feat to gather six top-level artists together for long enough to do this music justice, but that has very much been achieved here by the Belcea Quartet with viola player Tabea Zimmermann and cellist Jean-Guihen Queyras – a feat made possible by combining a studio project with a live tour.

Brahms himself spoke about both these works being in a ‘joyful vein’, despite the composition of the latter coinciding with the death of his mother, and the demise of a romance with the soprano Agathe von Siebold. So the first thing to note here is that both of these readings do indeed feel alive with joyous warmth, and also with a true feeling of freedom. Listen, for example, to how the No. 2’s first movement sounds – at its most ecstatic points – as though it is flying. Another quality to be savoured is the sense of playing dangerously rather than safe – from the fever-pitch vibrato used to powerful effect at the climax of No 1’s opening Allegro ma non troppo, to the emphasis on tumultuousness over tonal beauty through the second movement’s rising and falling lower-instrument waves, and onwards to the impression of folky abandon, even with occasional violin scratchiness, in the ensuing third movement Scherzo. Another draw is playing that capitalises on the personalities of individual instruments, rather than going for suavely homogenous tonal blending, such as some invigoratingly grainy-textured viola solos and softly sinewy cello tones.

I’ve given you the first sextet in its entirety for the playlist, but please do look up No 2 by yourselves.